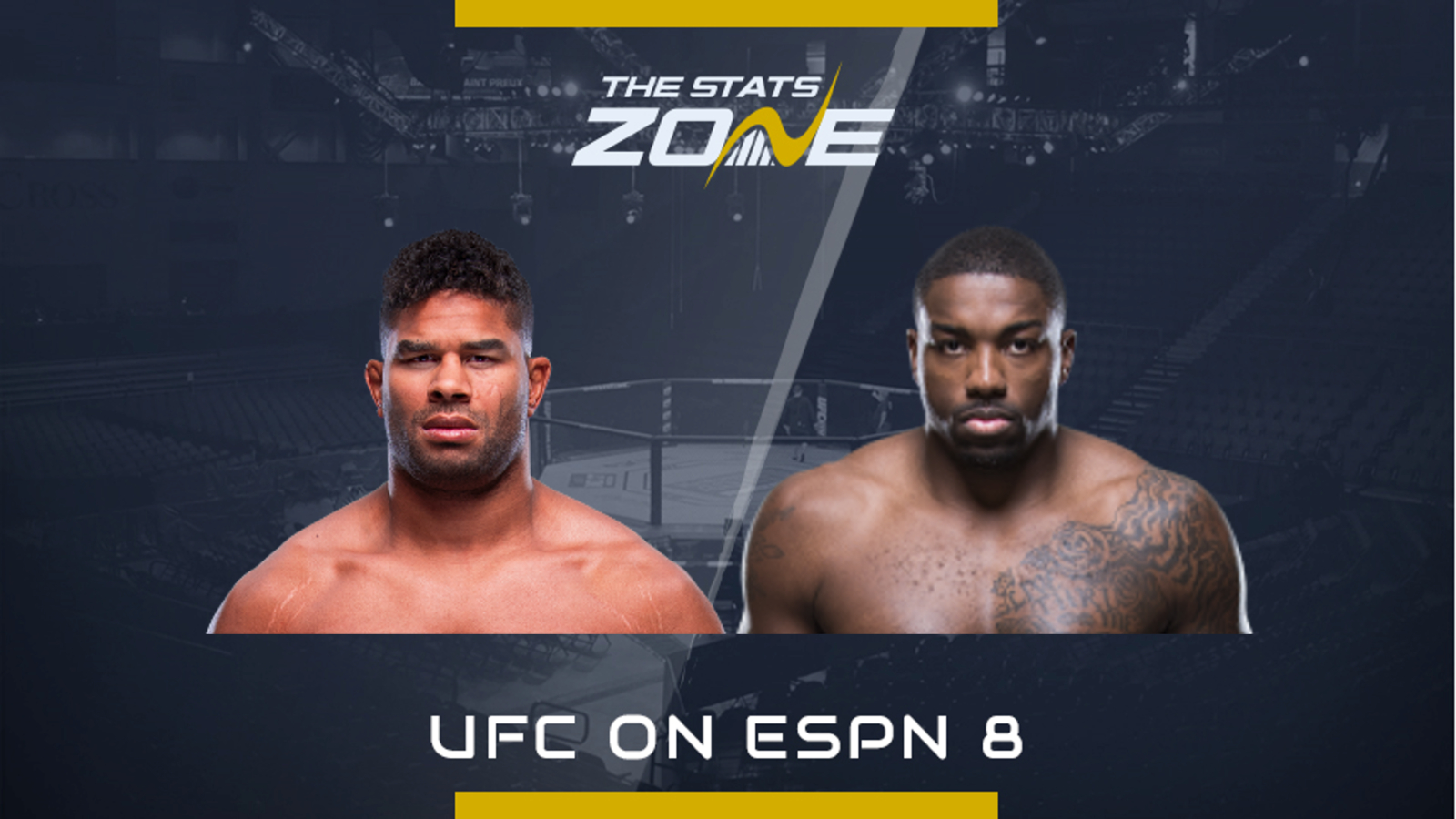 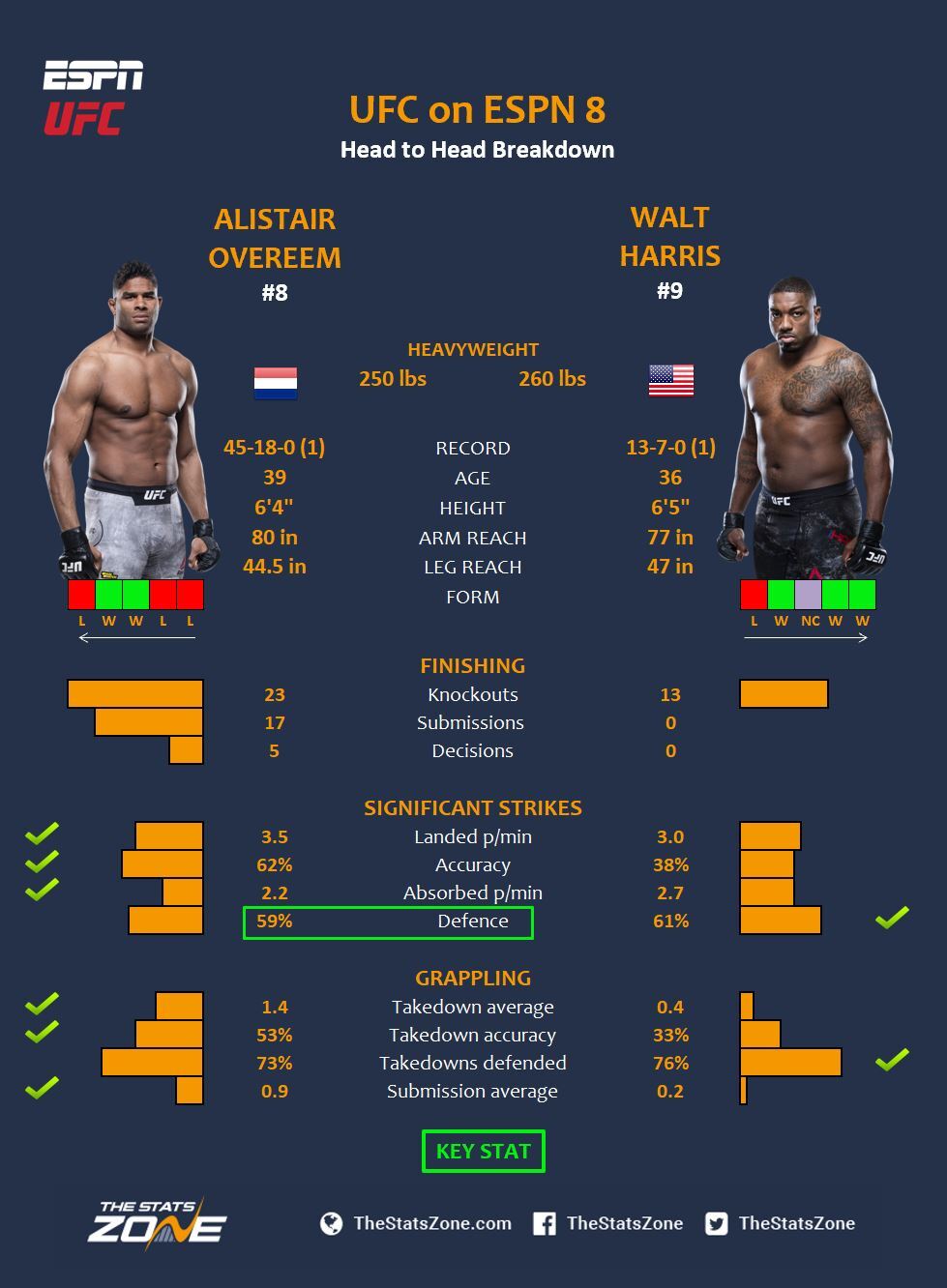 After the tragedy involving Walt Harris’ stepdaughter and postponements due to the coronavirus pandemic, Harris and Alistair Overeem finally have their date.

As Harris was in no condition to take the fight back in December at UFC on ESPN 7, Jairzinho Rozenstruik stepped in and snapped Overeem's two-fight winning streak which included two knockouts over Sergei Pavlovich and Alexey Oleynik. It was a memorable fight as the modern calculated Overeem, slowly picked Rozenstruik apart avoiding any trouble but with a few seconds left of the fifth round, the accomplished kickboxer unleashed a bomb, exploding Overeem’s lip.

It is great to see Harris back in action after what he has been through. He has looked ruthless in his last two fights, knocking out Sergey Spivak in under a minute and Oleynik in 12 seconds. This came after a huge win – a split decision over Andrei Arlovski. However, it was overturned due to failing a drugs test.

We can expect Overeem to approach this fight in the same way as he did Rozenstruik. His chin is war-beaten and he has no choice but to have a strategy evolving around his defence, especially as Harris has the same explosive power.

If Harris is in the same form as his last two fights, Overeem is in trouble. Although the Dutch legend is 39 years old, we just saw the elder Glover Teixeira brutalise Anthony Smith so Harris must respect all of Overeem’s skills and that includes his grappling.

We are backing one of the most decorated strikers in MMA to avoid the danger for five rounds with the help of his clinch, but a ferocious Harris knockout can come at any time.