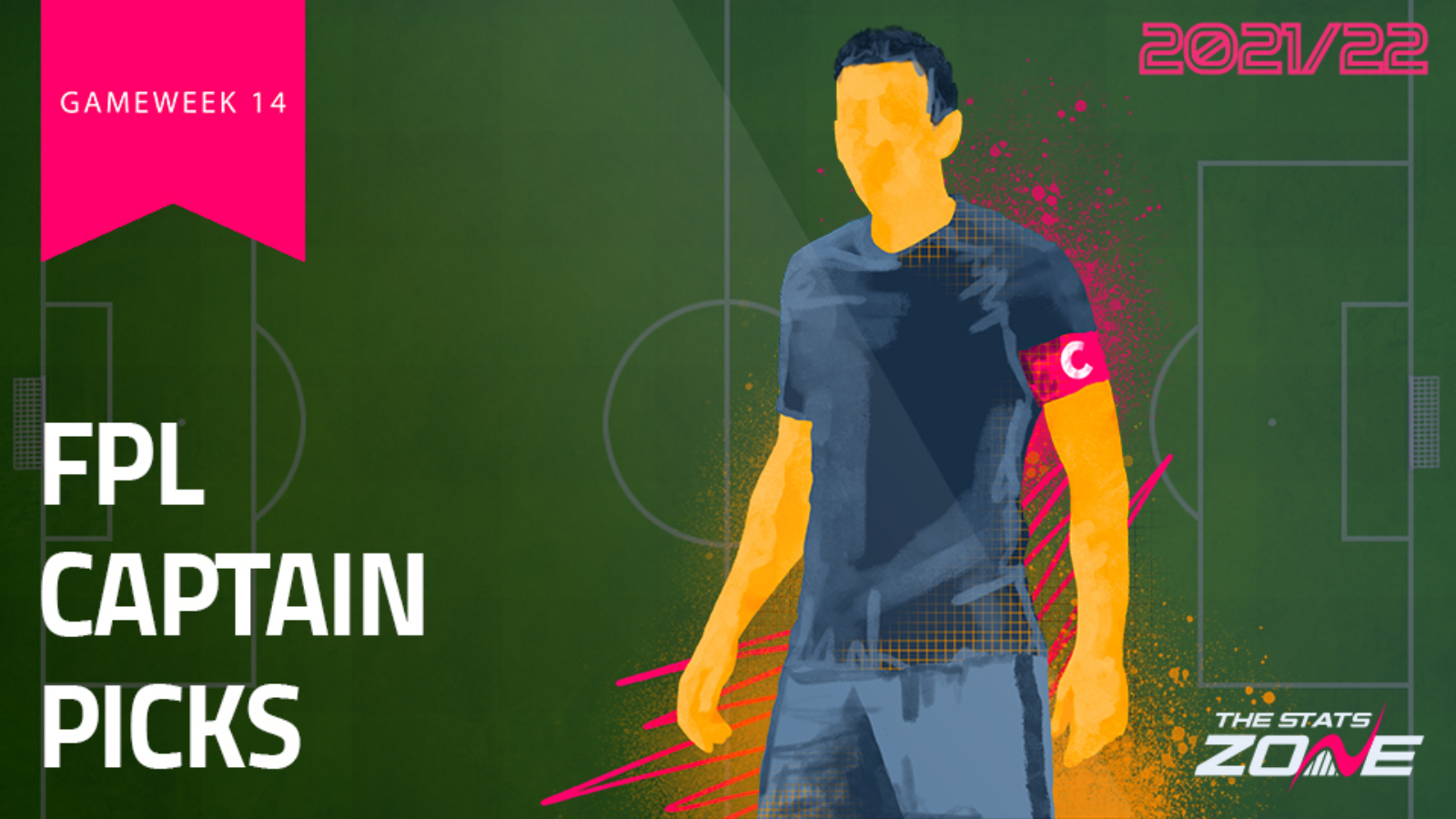 It’s safe to say that Gameweek 13 was one to firmly forget when it came to our selected captain picks. The most frustrating outcome of the weekend came at Anfield, where despite Liverpool scoring four goals against Southampton, none of them came via either of our two captain picks Mo Salah (£13.0m) and Sadio Mane (£12.0m). Salah did accrue an assist, but that was only enough to see him gain six FPL points, whilst Mane had to make do with just three points, bringing to an end his record of having scored in all of Liverpool’s home Premier League games this season.

For the first time since Salah joined the club, Liverpool have scored four goals in a league game without him, Firmino or Mané getting any of them. https://t.co/qoHtrBktvd

It was an even worse return for defender Joao Cancelo (£6.7m), who not only was given yellow card during Man City’s victory over West Ham, but also saw his clean sheet bonus wiped out in the 94th minute, leaving him with just a single point to his name. Differential selection Christian Benteke (£6.4m) also drew a blank, picking up just two points as Crystal Palace were beaten 1-2 at home to Aston Villa.

Thankfully, we’ve been handed the opportunity to move swiftly on as the first midweek round of Premier League fixtures have arrived. With some intriguing Gameweek 14 matches on the cards, we pick up a number of attractive FPL captain picks, alongside a differential option for our readers to weigh up ahead of Tuesday’s 18:00 deadline.

Normally it would be considered silly to begin an FPL captain picks article by highlighting a defender, but the way Reece James (£6.3m) has been performing this season, his selection feels like a no brainer. Chelsea’s last two Premier League matches away from home have seen them score six goals without conceding, both of them ending in 0-3 victories for Thomas Tuchel’s side. James has started both games, racking up two goals and an assist alongside his two clean sheets, accumulating a mammoth 33 FPL points across the two fixtures.

Cathcart (15) is the only Watford defender with more than 13 FPL points after 13 GWs of the season. Reece James (76) has as many points as all of Watford's defenders combined.

Against an injury-hit Watford side at Vicarage Road, James is likely to be afforded plenty of freedom to push forward down the flanks, opening up the potential for attacking returns alongside a clean sheet. Whilst the Hornets have netted six goals across their last two league matches, Chelsea’s watertight defence are more than capable of shutting Claudio Ranieri’s men out on this occasion. With that in mind, an in-form James represents an enticing captaincy choice for Gameweek 14, provided he doesn’t fall victim to rotation with club captain Cesar Azpilicueta waiting in the wings for an opportunity.

“Another defender” you say? “Well, why not” is our answer! When taking into account the scoring ratio of Trent Alexander-Arnold (£7.9m) from an FPL point of view in recent weeks, he is as good a choice for the armband as anyone. The flying full-back added another assist to his tally in Gameweek 13, alongside a clean sheet and nine Fantasy points as Liverpool defeated Southampton 4-0. Alexander-Arnold has now racked up 47 FPL points across the last five gameweeks.

It's absolutely crazy that Alexander-Arnold is priced at 7.9m as a defender 📈 What's even crazier is that he's totally worth it 🤷‍♂️ #FPL https://t.co/y9Aq0DxJiv

Currently the highest scorer among defenders in FPL, owners of Alexander-Arnold have every right to be confident of at least a clean sheet for Liverpool in Gameweek 14, with the Reds having not conceded a goal in four of their five most recent league visits to Goodison Park. Combine that with Alexander-Arnold’s obvious attacking prowess down the right-hand-side, including those pin-point accurate crosses alongside his dangerous direct free-kicks and you have a defender well worthy of being handed the captaincy for Gameweek 14 by any FPL manager.

If there’s one thing we’ve learnt over many seasons of Fantasy Premier League, it’s that when Jamie Vardy (£10.6m) has a good gameweek following a previous lean patch, the chances are that a scoring streak will follow immediately after. Well, after four gameweeks without a goal and a top FPL score of just two points over that period, Vardy was back to his best in Gameweek 14, scoring twice in Leicester’s 4-2 victory over Watford, accruing 12 FPL points in the process.

It's worth mentioning that Vardy is currently the highest scoring forward within the FPL player-base, having picked up 74 points after 13 gameweeks thanks to his nine goals and one assist. Leicester travel to Southampton in Gameweek 14, a fixture that brings back happy memories for both the Foxes and Vardy. After all, who can forget Vardy's hat-trick in Leicester’s 0-9 battering of the Saints back on that wet Friday night in October 2019. By naming the 34-year-old striker as their skipper, FPL managers ensure their invite to the Vardy party nice and early, a wise move based on his previous goalscoring history!

When Jadon Sancho (£8.9m) was finally announced as a Man Utd player this past summer, many FPL managers were understandably excited at what the electric attacking midfielder could bring to the table from a fantasy football perspective. However, it did not work out as expected with the former Borussia Dortmund star a peripheral figure under Ole Gunnar Solskjaer, starting just three Premier League games under the Norwegian manager. Since Solskjaer’s departure immediately following Gameweek 12, Sancho’s fortunes have changed, with the England international having started and scored in Man Utd’s most recent Champions League group stage fixture against Villarreal. That was backed up with another goal in Gameweek 13, Sancho’s first in the Premier League as the Red Devils drew 1-1 with Chelsea.

Jadon Sancho is one player in FPL I'd love to see become a genuine option. Looks like he's going to get a run in the side and he's had plenty of rest. Good fixtures coming up of course. Not sure I'll go there any time soon but would love for it to work out.

Arsenal are the visitors to Old Trafford in Gameweek 14, Man Utd’s first match since announcing Ralph Rangnick as their new interim manager. Whilst Rangnick's work permit may not be granted in time to manage the side here, Sancho will still be desperate to make a big impact and score his first Premier League goal at the Theatre of Dreams. That makes him a potentially explosive FPL differential with his pace and trickery likely to cause the Gunners problems. A risky pick? No doubt about it, but Sancho must be considered among the best differential captain options out there for those looking for a player with an ultra-low ownership.