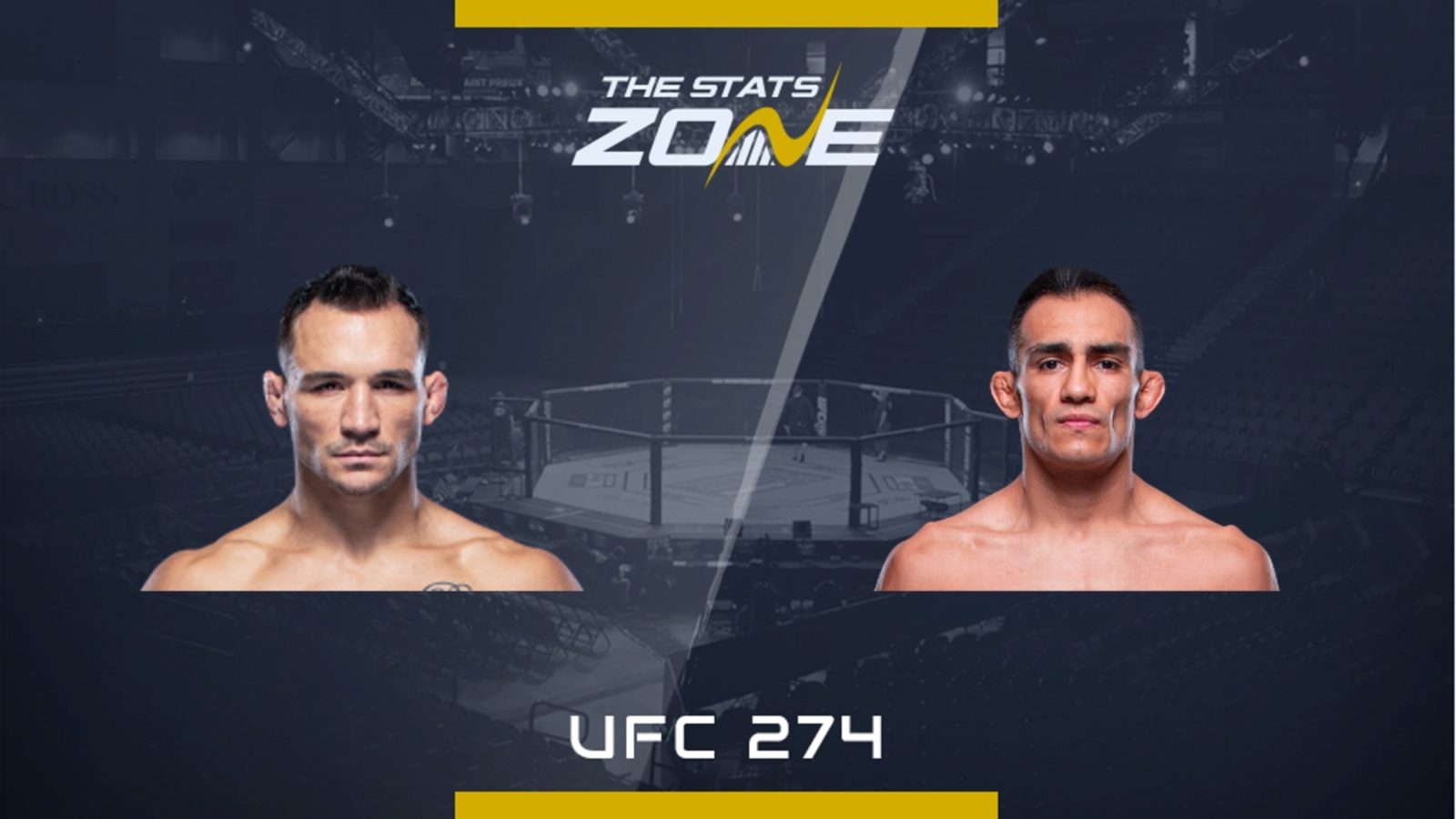 Michael Chandler (22-7) is coming off two punishing losses to the men gracing the championship main event – Charles Oliveira and Justin Gaethje. Chandler took on Oliveira for the belt Khabib Nurmagomedov left behind and nearly finished him only to get knocked out at the start of the second round. He then put on a predictably violent war with Gaethje falling on the wrong side of a unanimous decision to drop to 1-2 in the UFC after his debut knockout over Dan Hooker.

Tony Ferguson (25-6) has finally proven he is human and experienced quite a drop-off. He was 15-1 in the UFC and riding a 12-fight win streak including incredible wins over the likes of Edson Barboza (2015), Rafael dos Anjos (2016), Kevin Lee (2017), Anthony Pettis (2018) and Donald Cerrone (2019). He was looking unstoppable and impossible to put away until Gaethje (2020) gave him a royal beatdown. He absorbed an insane amount of damage to suffer his first TKO and he has not looked the same since going on to lose unanimous to Oliveira (2020) and Beneil Dariush (2021).

A pre-Gaethje Ferguson absorbs everything Chandler has to offer and piles on his own damage until he wilts. We are looking at a different Ferguson now who is on a three-fight skid, but this is a better match-up for him. Oliveira and Dariush subdued and frustrated Ferguson with their grappling but did prove he is just as hard to finish on the ground with Oliveira almost snapping his arm off.

Chandler has the wrestling to subdue Ferguson as well, but his first point of call will be his striking throwing bombs from the bell. If he hunts the early finish, it will play right into Ferguson’s hands as we still believe his chin will hold up and not give an inch for 15 minutes overwhelming Chandler with his volume.

As soon as Chandler realizes ‘El Cucuy’ will not go away, he will shoot in for the takedown. We expect him to be able to take Ferguson down, but he will not be able to keep him there as Ferguson is incredibly illusive creating scrambles and be aggressive off his back with his jiu-jitsu to create room and stand back up.

If Ferguson respects the power of Chandler and does not use his face as his primary defence and checks the leg kicks, he should win the exchanges over three rounds and drain Chandler with a suffocating volume of long punches and carving elbows while scrambling out of the takedown attempts.

Chandler will be extremely dangerous in the first round and his piston of a right hand may fold Ferguson, but if ‘El Cucuy’ gets out of the first round relatively unscathed, he should seal a decision or late finish. Considering he is a big underdog, he holds all the value.