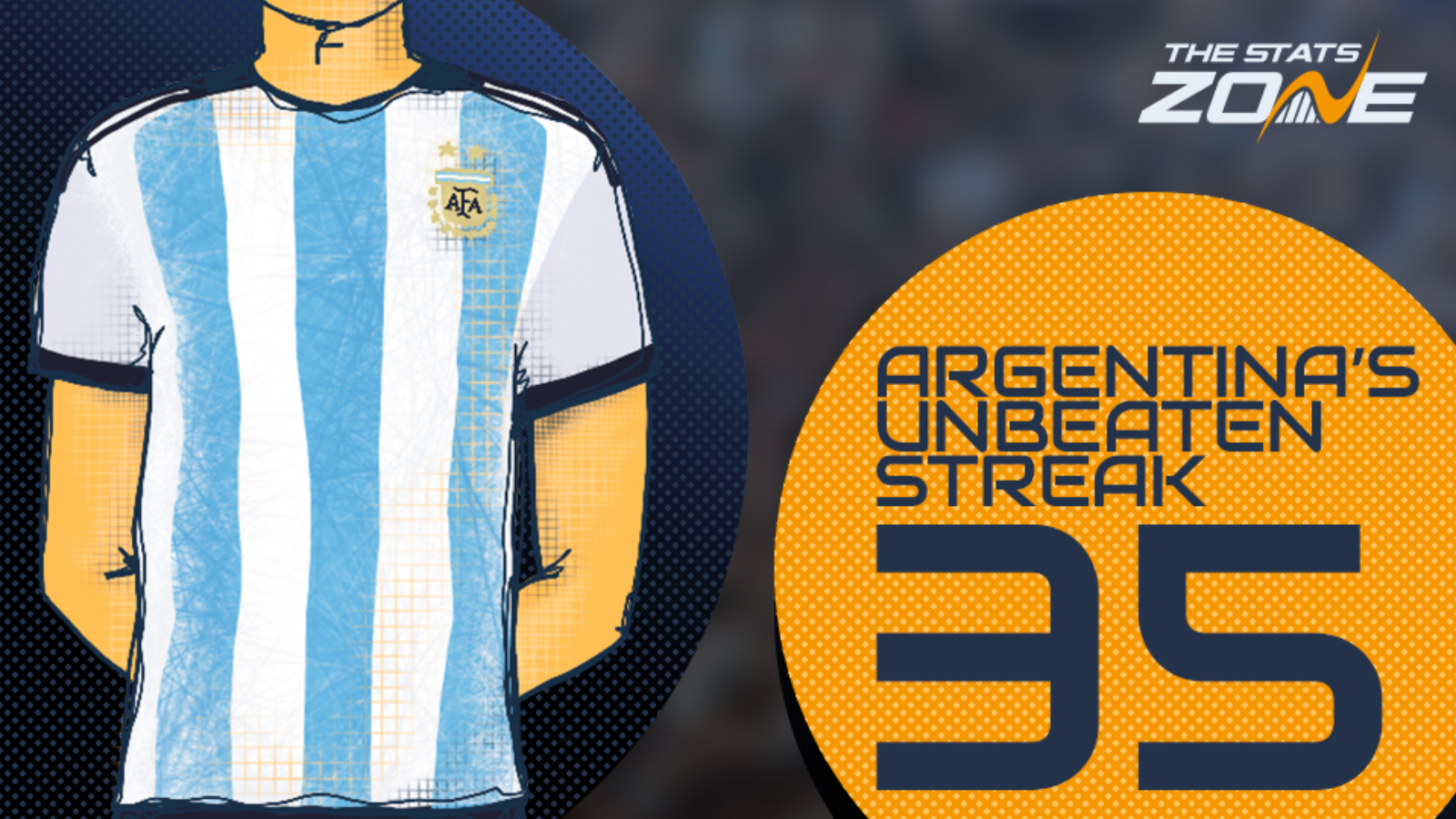 Firstly, let's take a look at the longest unbeaten runs in the history of international football, where you can see the seven occasions that a nation has gone without defeat for at least 30 games. 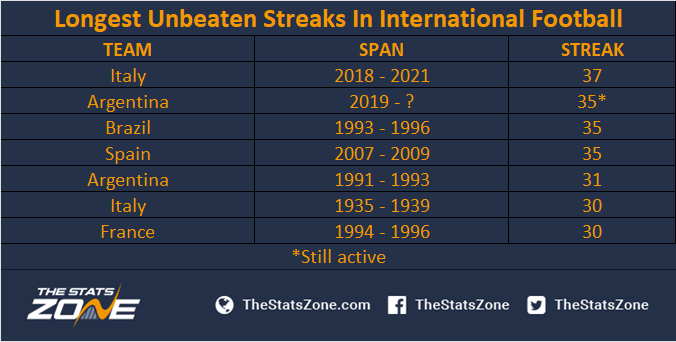 It wasn't so long ago that Roberto Mancini's Italy were making headlines for recording the longest unbeaten run in international football history. The Azzurri went 37 games without defeat between October 2018 and October 2021, a run that included their European Championship triumph, and that invincible stretch saw them surpass the previous records set by Brazil (1993 - 1996) and Spain (2007 - 2009), who both embarked on 35-game unbeaten runs. 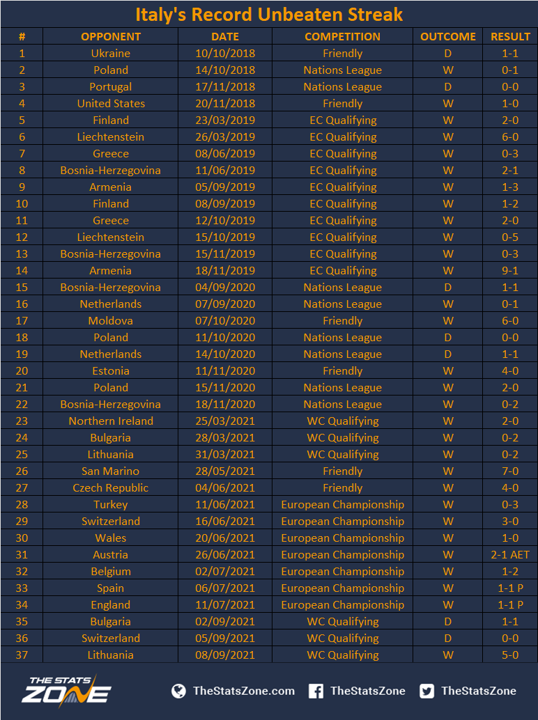 Yet here we are again just a year later, with Argentina on the brink of making history. Lionel Scaloni's side are now joint-second on the all-time list following their 3-0 Friendly victory over Jamaica. As things stand, the South Americans will have to wait until the World Cup at the end of the year to catch Italy's recent record, but there is the potential for more warm-up friendlies to be squeezed into the calendar ahead of that. 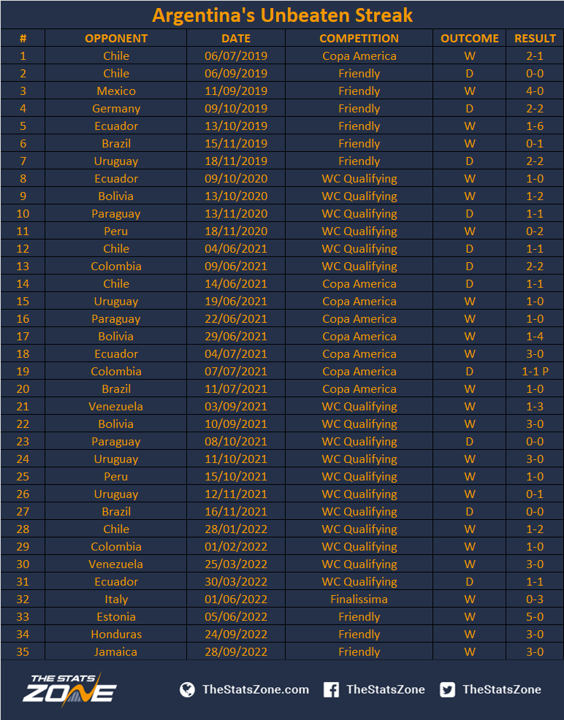 Dates of matches are according to a UK calendar

Lionel Scaloni has been in charge for the entirety of this run, which began with a 2-1 victory over Chile in the Third Place Playoff of the 2019 Copa America. Two years later, with the unbeaten run still intact, Scaloni led his team to Copa America glory – their first since 1993 – with victory over arch-rivals Brazil in the final. That historic win was Argentina's 20th without defeat, and the 15 games since that time have included an impressive CONMEBOL World Cup qualifying campaign, and their convincing victory over European champions Italy in the revived CONMEBOL–UEFA Cup of Champions (also known as Finalissima).

WHEN CAN ARGENTINA BREAK THE RECORD?

Argentina are currently scheduled to play UAE in a pre-World Cup warm-up match on 16th November. If they come through that unscathed, and assuming no other warm-up games are arranged, they will have an opportunity to tie Italy's record against Saudi Arabia in their opening World Cup group game on 22nd November. Four days later, their second Group C encounter sees them take on Mexico, and if they are still unbeaten following that match, they will own the record outright.