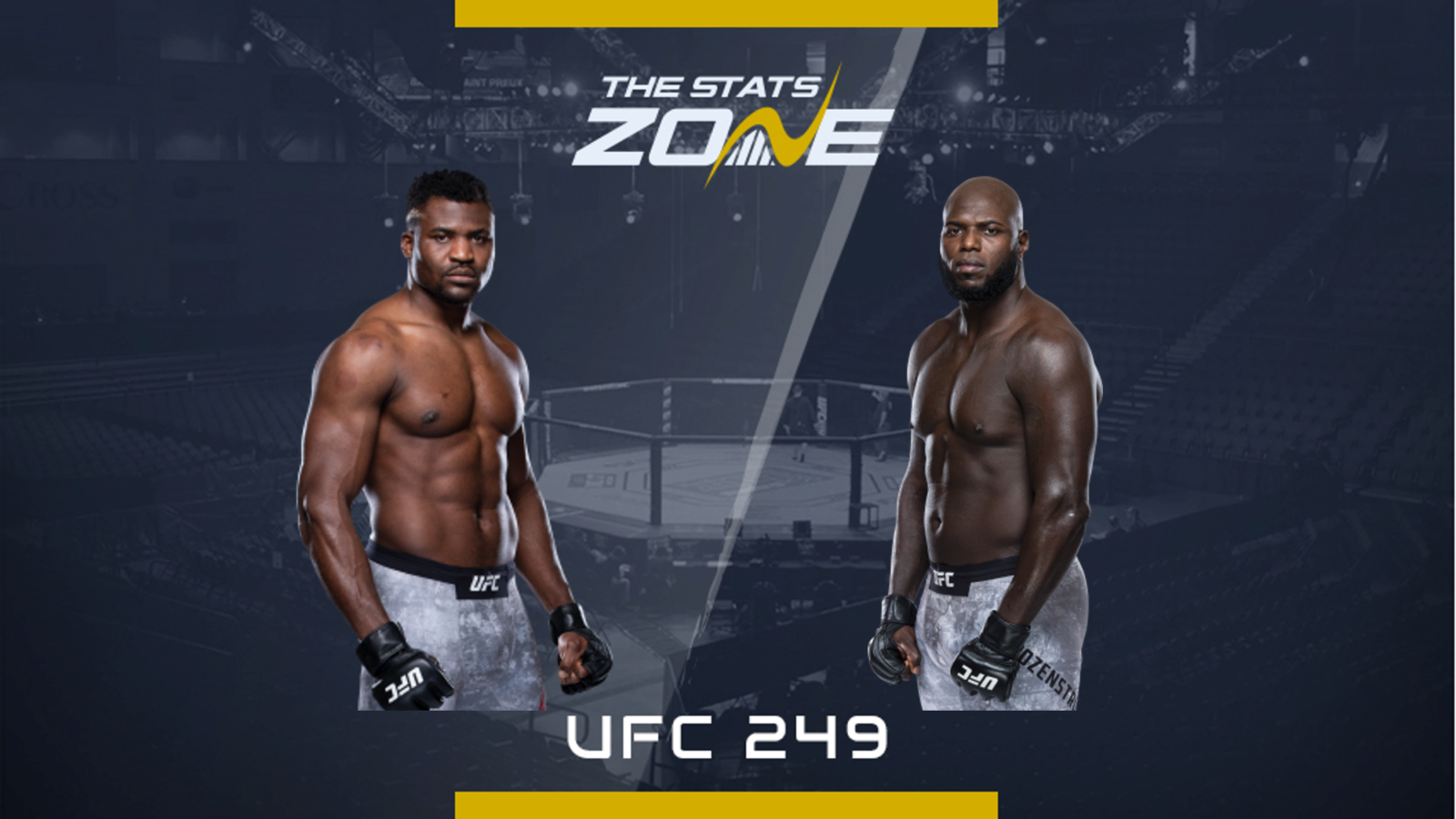 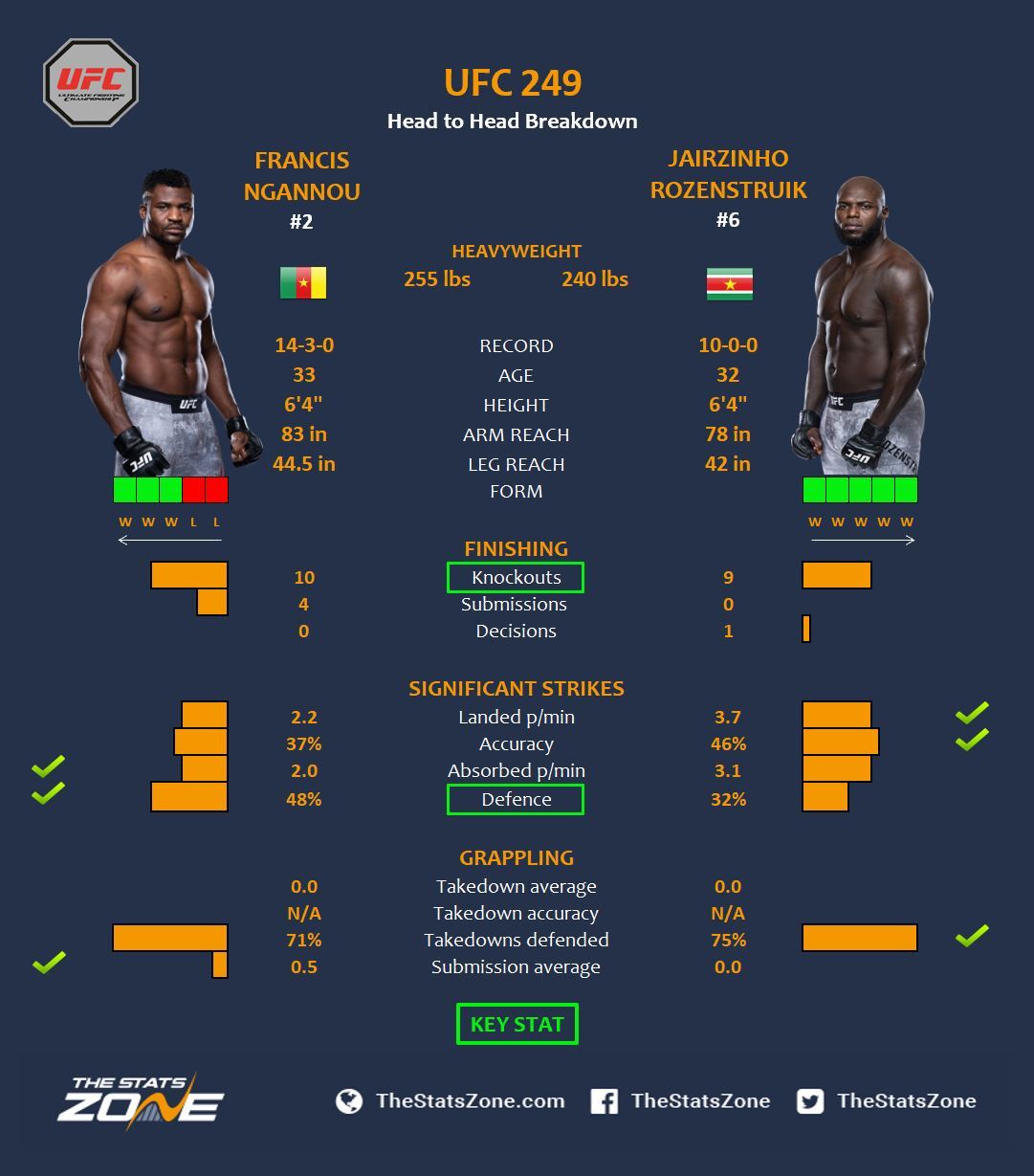 Two of the most dangerous strikers in the UFC lock horns as Francis Ngannou takes on Jairzinho Rozenstruik.

It is hard to argue that Ngannou is not the hardest hitting striker in the UFC and MMA. Despite two blips on the record where he was outclassed by Stipe Miocic which sapped his confidence for the Derrick Lewis fight, the Cameroonian has left a trail of heavyweight bodies and legends. He is on a three-fight streak, taking the scalps of Curtis Blaydes, Cain Velasquez and Junior dos Santos with a title shot within reach if Stipe Miocic and Daniel Cormier ever settle on their next fight.

Rozenstruik does not quite have the same calibre of names on the record as Ngannou but he has gone about business in the same way. Nine of his 10 wins has come via knockout and the last two names on the victim sheet are Andrei Arlovski and Alistair Overeem.

This will be one of those encounters so intense that one touch of leather will lead to a head slamming off the canvas. Rozenstruik has the edge in technique as the accomplished kickboxer but Ngannou’s unholy power can neutralize any credential.

His fight with Lewis where he was too hesitant to pull the trigger will encourage him to fire in this one and although he has to respect the skills of the Suriname native, if he is aggressive and works on his defence, the first ‘L’ on Rozenstruik’s record will come in devastating fashion.