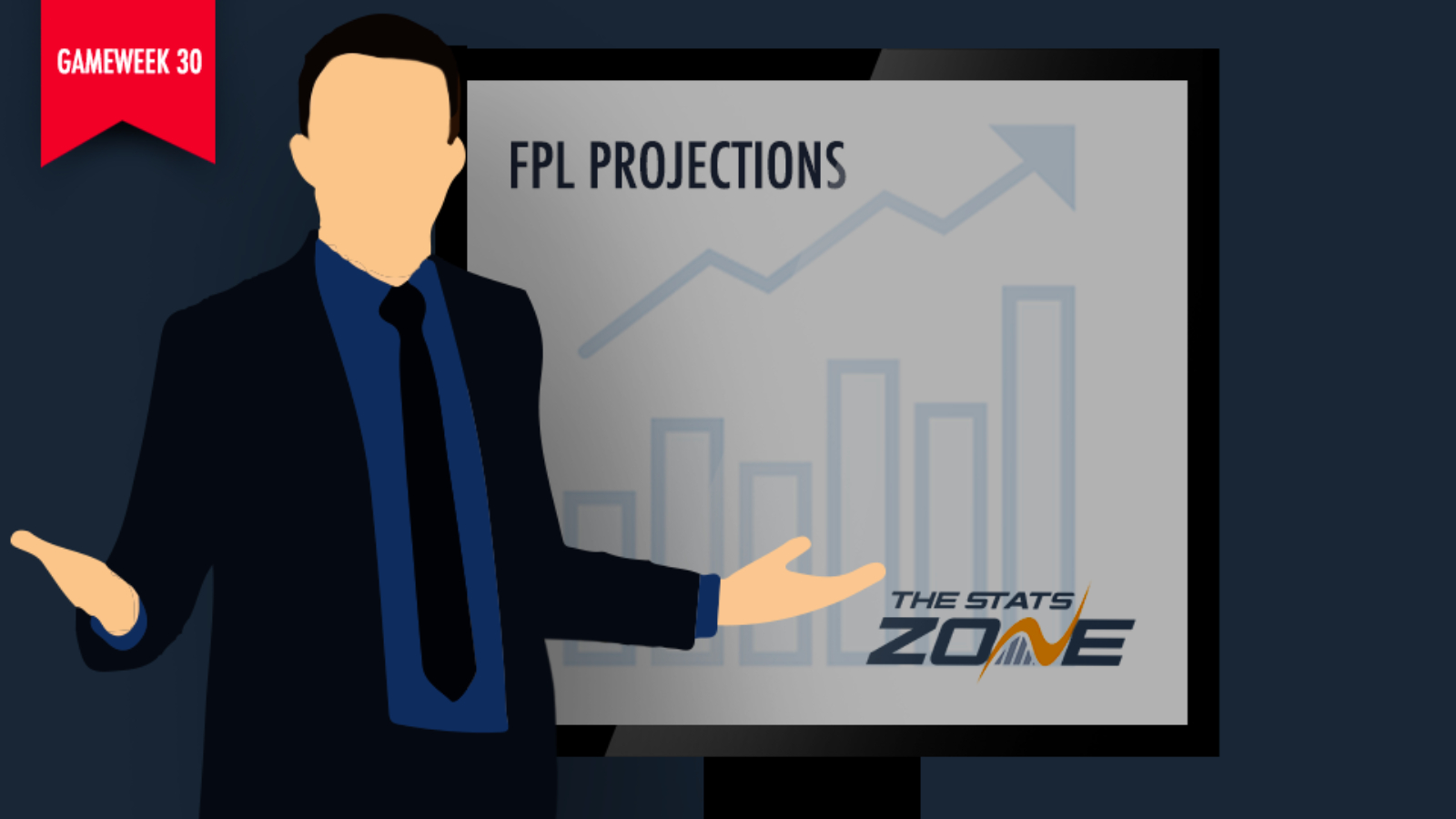 Gameweek 29 saw Man City fall to their seventh league defeat of the season and Man Utd complete a Premier League double over their domestic rivals. A disguised free kick from Bruno Fernandes (£8.5m) allowed Anthony Martial (£7.9m) to open the scoring for United, before Scott McTominay (£4.9m) finished the job in stoppage time, securing a 2-0 victory.

Martial ⚽ Bruno 🅰️ should be something we will see often. Maybe I need to double up on my WC. 🤔 #FPL https://t.co/XOYrXOBAdv

One other Sunday game saw Chelsea dispatch Everton 4-0 with four different players getting on the scoresheet for the Blues in Mason Mount (£6.1m), Pedro (£6.8m), Willian (£6.9m) and Olivier Giroud (£6.5m). The Monday night fixture saw Leicester also secure a 4-0 victory, this one over struggling Aston Villa with braces for Harvey Barnes (£6.1m) and Jamie Vardy (£9.6m). Saturday saw somewhat of a goal drought, with only nine goals scored in the seven Premier League fixtures played. Liverpool are now within two wins of the Premier League title after beating Bournemouth 2-1 with goals from Mo Salah (£12.7m) and Sadio Mane (£12.4m), whilst Sheffield Utd continue their fight for an unlikely Champions League place with a 1-0 win over Norwich.

It was a truly diabolical Gameweek 29 for the Optimum squad with just 22 FPL points being picked up. A truly pathetic effort, as the postponement of the midweek fixture between Man City and Arsenal put a giant spanner in the works. First off, three players from the optimum squad didn't even feature, with Shkodran Mustafi (£5.1m), Andrew Robertson (£7.0m) and Kevin De Bruyne (£10.6m) all out through injury. Ederson (£6.0m) in goal managed to gift wrap Man Utd two goals, whilst Riyad Mahrez (£8.4m) had to settle for a place on the bench. The less said about our captain, Pierre-Emerick Aubameyang, the better after Arsenal's captain blanked at home to lowly West Ham, bringing home just 4 FPL points. A pitiful effort! 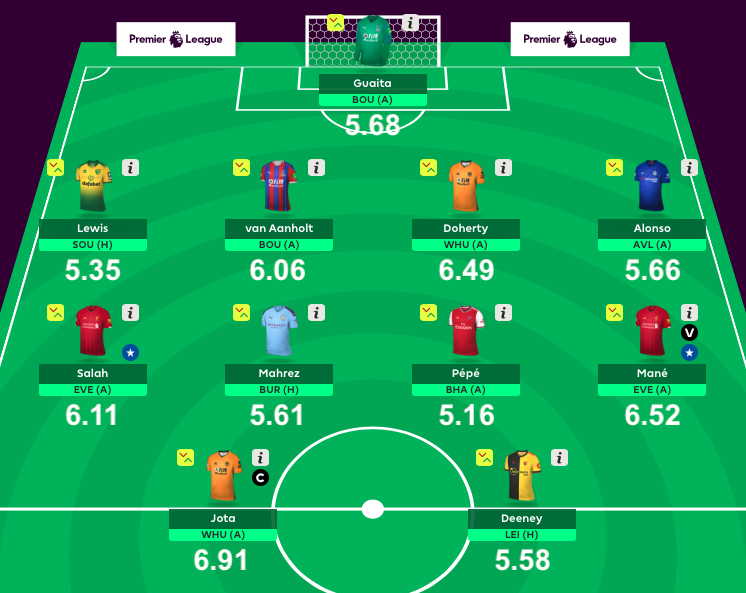 So, how does the algorithm go about fixing this shambles? Well, for Gameweek 30, the projected XI sees a whopping seven changes made, with only Wolves contingent Matt Doherty (£6.2m) and Diogo Jota (£6.4m) keeping their places alongside Nicolas Pepe (£9.2m) and Mahrez. A special mention to Doherty, who brought home the highest points return of any individual optimum squad player in Gameweek 29 with a massive haul of 6 FPL points! We also see a change of formation, as the projection XI moves from the 4-3-3 which failed so miserably in Gameweek 29, to a good old fashioned 4-4-2.

🐺 | Matt DOHERTY heads into Gameweek 3️⃣0️⃣ in blistering #FPL form having accumulated 4️⃣0️⃣ points in the last 5 gameweeks. 4️⃣ cleansheets 2️⃣ assists 1️⃣ goal Wolves will travel to face a West Ham side who have scored 6 and conceded 6 in their last 3 home games. https://t.co/BWXWY3o1Bv

Unsurprisingly, a change of keeper was in order, as the projected XI installs Vicente Guaita (£5.1m) between the sticks following his three successive Premier League clean sheets for Crystal Palace. Guaita has accrued 27 FPL points within that period. Joining Doherty in defence is Guaita's Palace teammate Patrick van Aanholt (£5.6m) who has gone even better than the Eagles keeper by accumulating 29 FPL points over the last three gameweeks. Flying full-back Jamal Lewis (£4.4m) comes into the side with Norwich hosting Southampton at Carrow Road. Last time Norwich played at home, Lewis scored, kept a clean sheet and earned 15 FPL points. Completing the back four is Marcus Alonso (£6.1m) of Chelsea, who has scored three times in his last three matches, keeping one clean sheet with an average of 10 FPL points over the three gameweeks.

Seriously considering Alonso Captain this week (last game on Saturday) But another strategy I will implant will be Vardy Vice Captain as it’s the early kick off. Just in case the Villa v Chelsea game gets suspended short notice. #FPL https://t.co/30xlUyWcnc

In midfield is a Liverpool double-up with the two Gameweek 29 goalscorers installed into the projected XI. Mo Salah and Sadio Mane accrued 22 FPL points between them last weekend and have proved deadly together. With Everton next up, both will be desperate to get on the scoresheet for both themselves and the team. They are joined by Mahrez and Pepe, both of whom retain their spots in the projected XI despite last weekend's unmitigated disaster.

Can see myself hopping back on the Salah/Mané double up again very soon, especially if Atletico knock Pool out of UCL. At that point, there’s literally no reason for Klopp not to start them both till the end & hunt down that league point record. 👀🔥 #FPL

Up front is Watford captain Troy Deeney (£6.2m), who the Hornets will be heavily reliant on delivering them goals this weekend in their bid for a crucial three points against Leicester to aide their survival hopes. Deeney has three goals and three assists in his last four home Premier League games. Partnering him upfront will be Wolves' Diogo Jota who also has the distinction of the projected XI captaincy for Gameweek 30. Jota faces West Ham away and despite his blank last weekend, is in good form having scored three goals and registered two assists in his last three league matches, accumulating 30 FPL points in the process. Time will tell whether he can add to that tally this weekend for the projected XI. 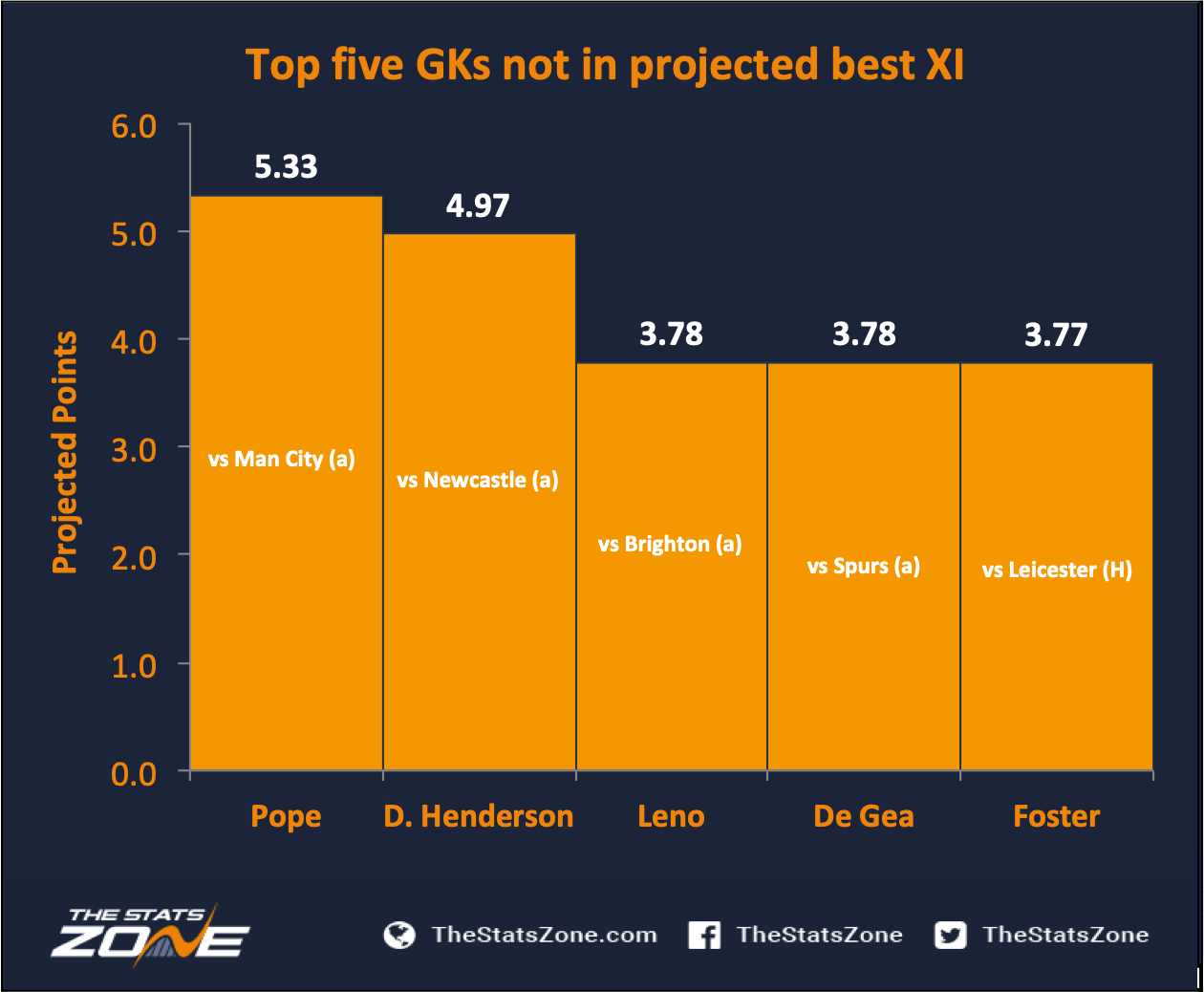 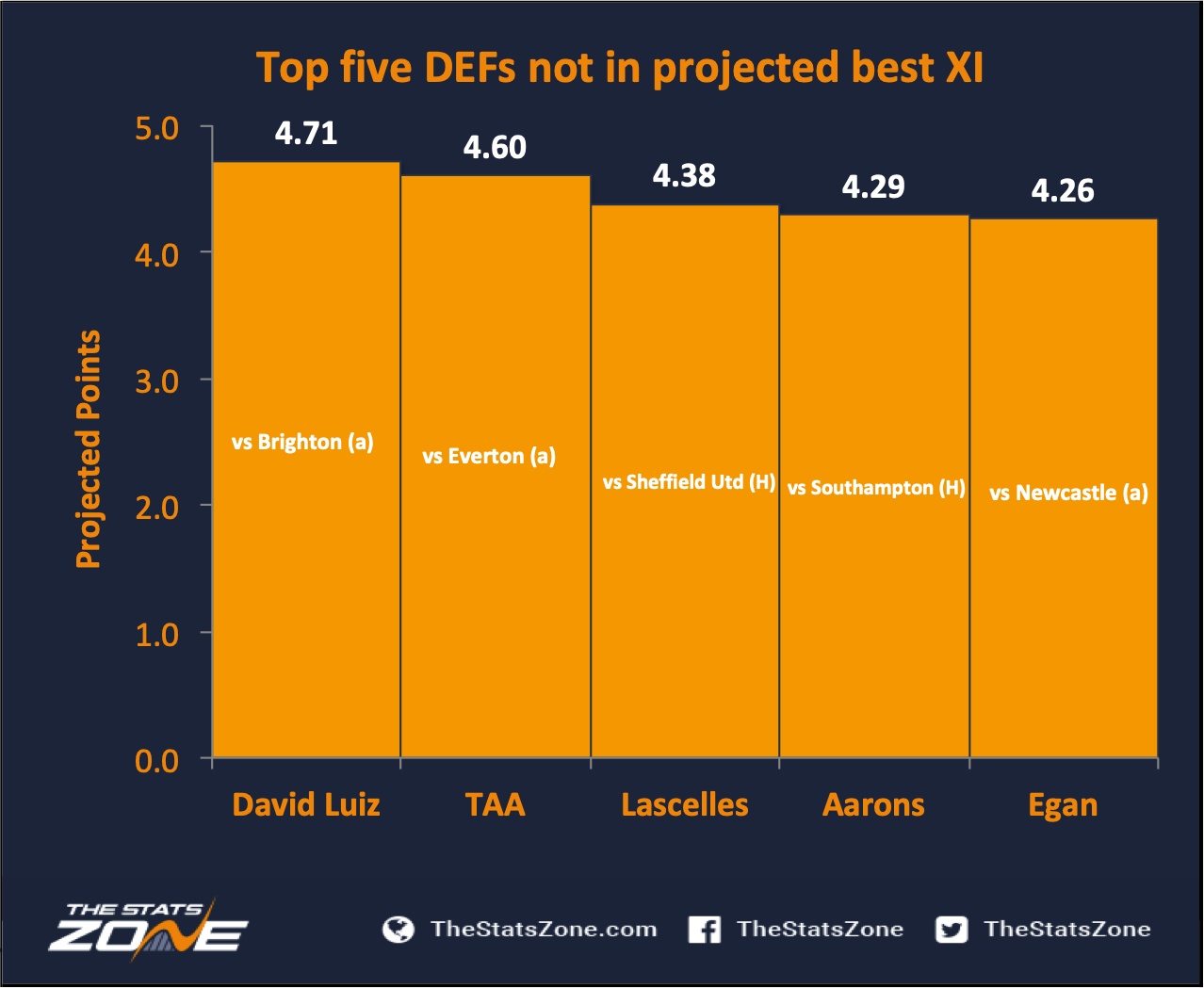 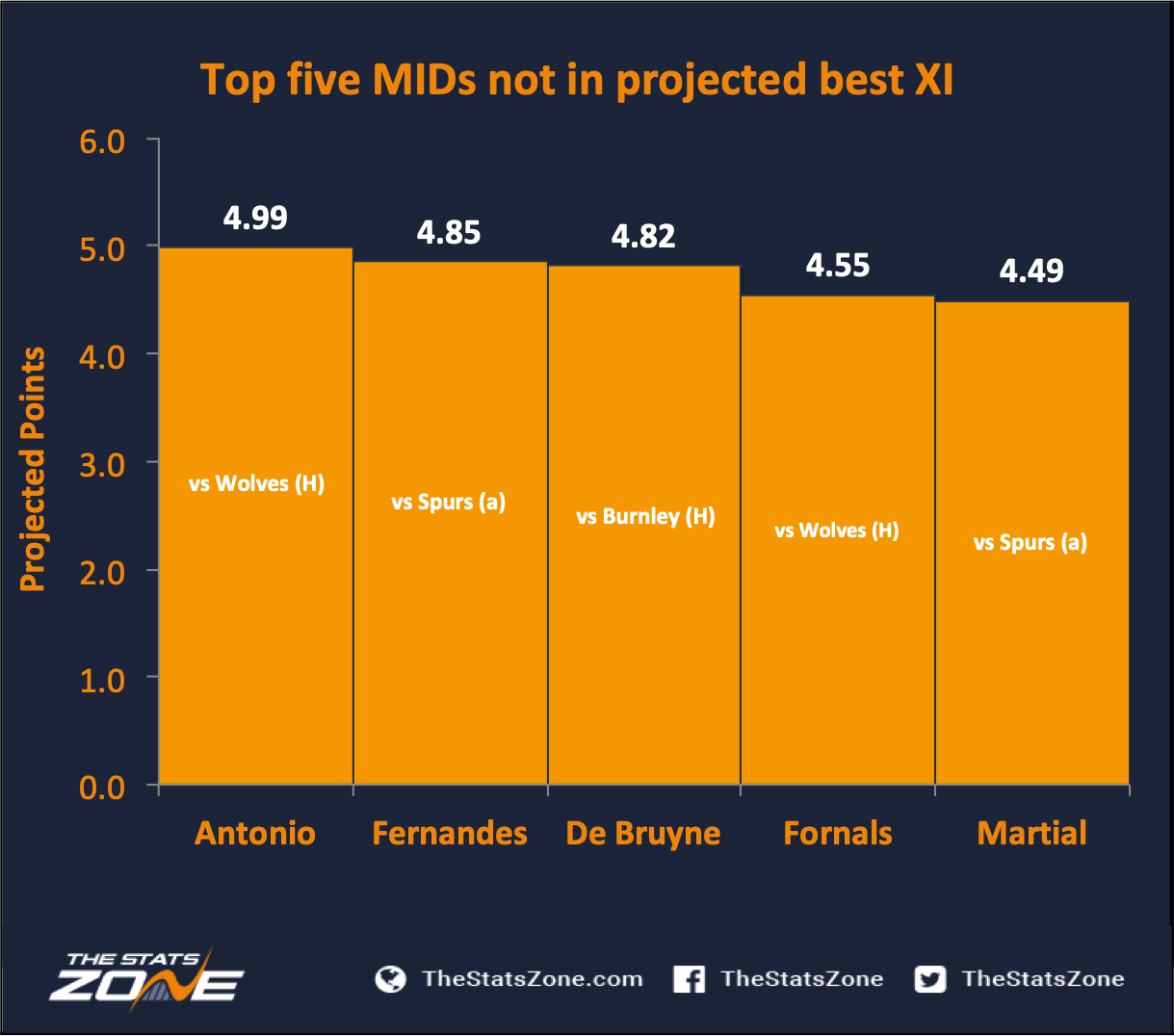 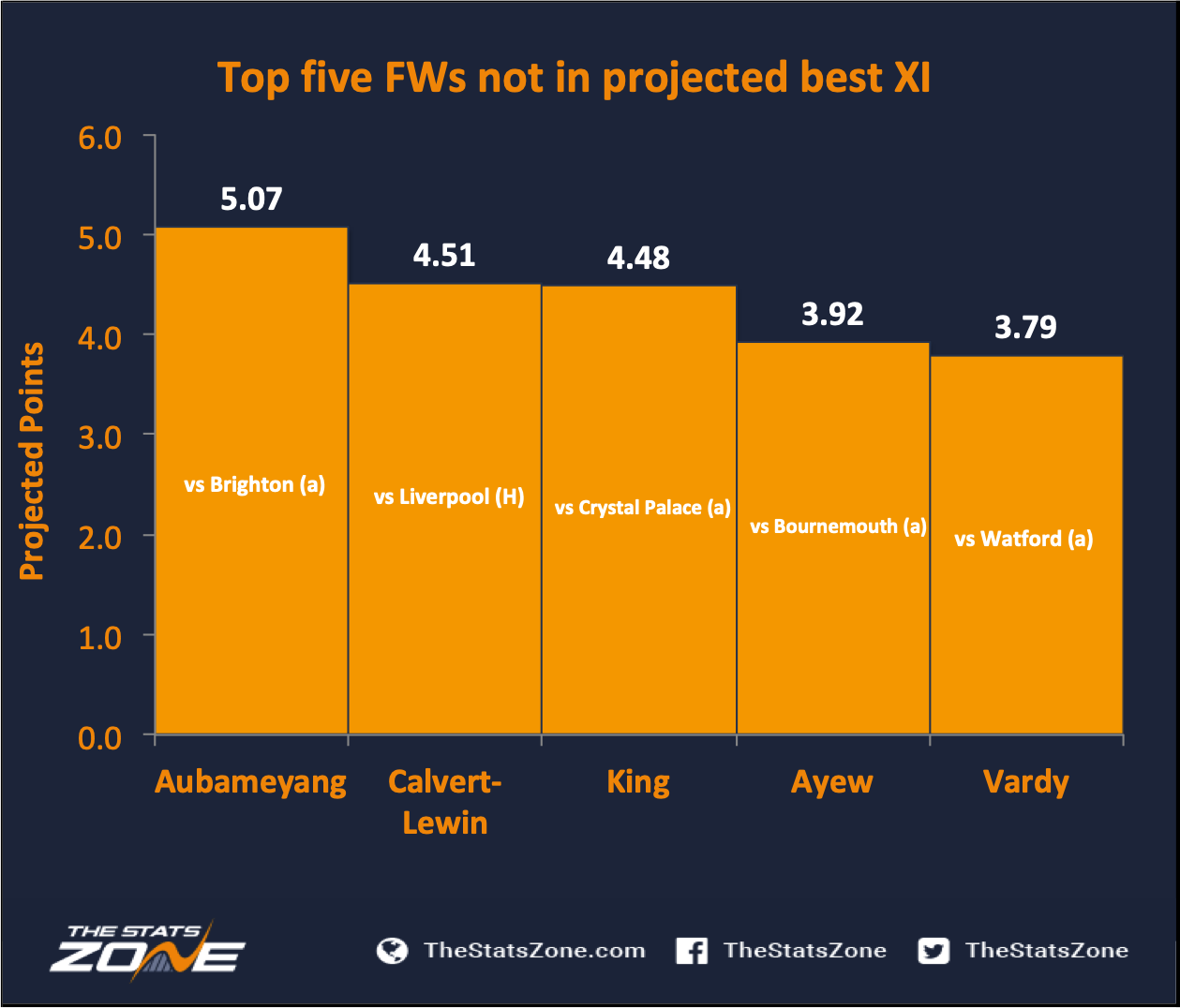