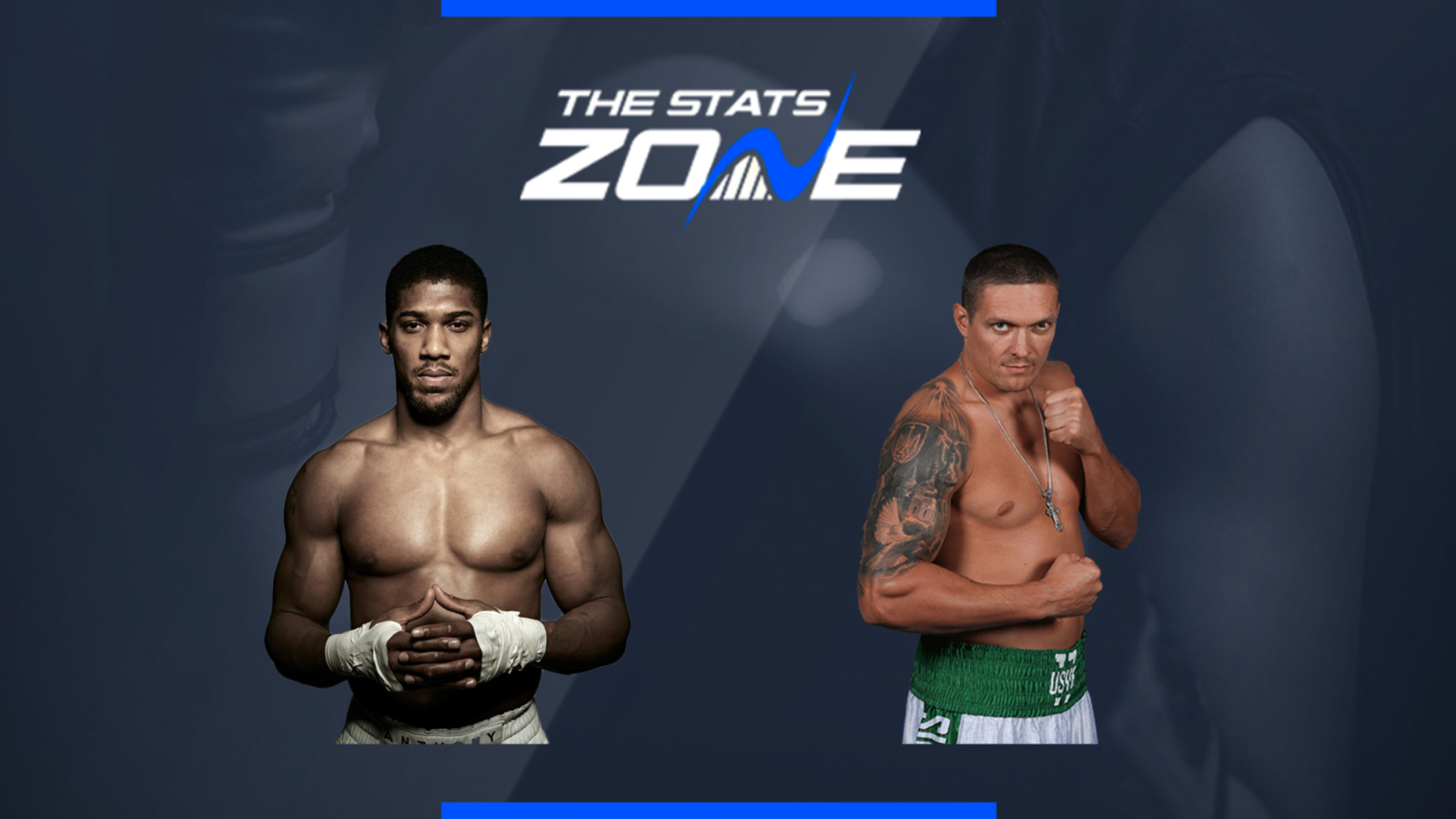 Where can I get tickets for Anthony Joshua vs Oleksandr Usyk? Visit this link for the latest ticket information

What channel is Anthony Joshua vs Oleksandr Usyk on? This event will be shown live on Sky Sports Box Office

Where can I stream Anthony Joshua vs Oleksandr Usyk? This event can be streamed live via the Sky Sports Box Office app or website

Anthony Joshua (24-1) will defend his world heavyweight titles in this intriguing matchup with Oleksandr Usyk. The Brit had been in-line for an eagerly-anticipated bout with long-term rival Tyson Fury, only for it to fall through because of red tape. Joshua will now turn his attention to retaining his titles in order ahead of fighting Fury at a later date but this could be a tough task. After his shock loss to Andy Ruiz, Joshua gained revenge over the same opponent before seeing off Kubrat Pulev with a KO performance last time out but this will be a different kind of fight against an unbeaten opponent stepping up in weight.

Oleksandr Usyk (18-0) made his name as a cruiserweight but having defeated all-comers in that division, the Ukrainian has now turned his hand to the heavyweight division. He has won both clashes in this division to date but this is a big step up in class having overcome Dereck Chisora by unanimous decision last time out. Usyk possessed superb power as a cruiserweight, producing a KO in all but three of his 16 wins in that division but it remains to be seen if he can transfer that to this step up in weight.

Anthony Joshua and Oleksandr Usyk do battle in what should be a fascinating bout at Tottenham Hotspur Stadium. Joshua comes into this as favourite but he will need to be way of the dangerous Ukrainian who can pose some problems. Usyk is unbeaten in his career to date and while he is new to the heavyweight ranks, he has looked comfortable in his bouts so far. Joshua will be looking at this as a warm-up for his future bout with Tyson Fury but will come into this in very different shape after appearing to shed plenty of weight to face his more slender opponent in this one. That could aid him but it could also take away some of his punching power and with Usyk proving to be a difficult opponent who boasts a strong chin, this fight could be set to go the distance.