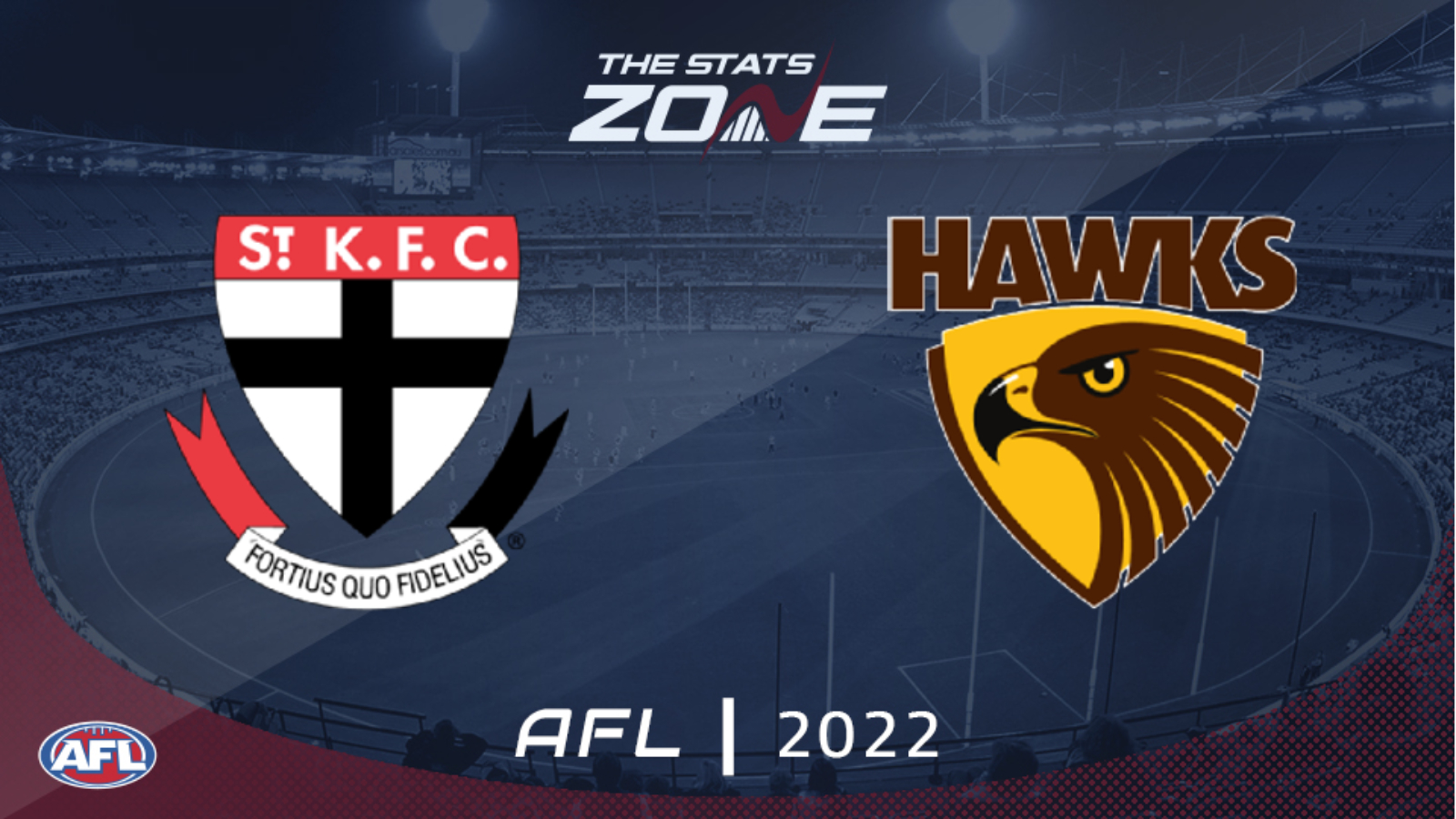 What television channel is St. Kilda vs Hawthorn on? In the UK, select matches each week will be televised on BT Sport and you can see their schedule here. For the TV channel in Australia, visit this link

Where can I stream St. Kilda vs Hawthorn? If the match is televised in the UK, then BT Sport subscribers will be able to stream it live via BT Sport Player. Additionally, those with a Watch AFL subscription can stream any 2022 AFL match live (outside of Australia). Those in Australia can stream any match live via AFL Live Pass

St. Kilda avoided a third straight loss as they got the better of West Coast Eagles last week to get their hopes of making the finals back on track but they must back that up here. They host an improving Hawthorn side that come into this having won three games in succession thanks to a big victory over North Melbourne. The Hawks have been handed a favourable draw of late and while they will be confident owing to how they have performed, this is a much tougher contest for them. They have lost seven of their last eight on the road and St. Kilda have won the past four matchups between the pair so expect the home side to prevail.