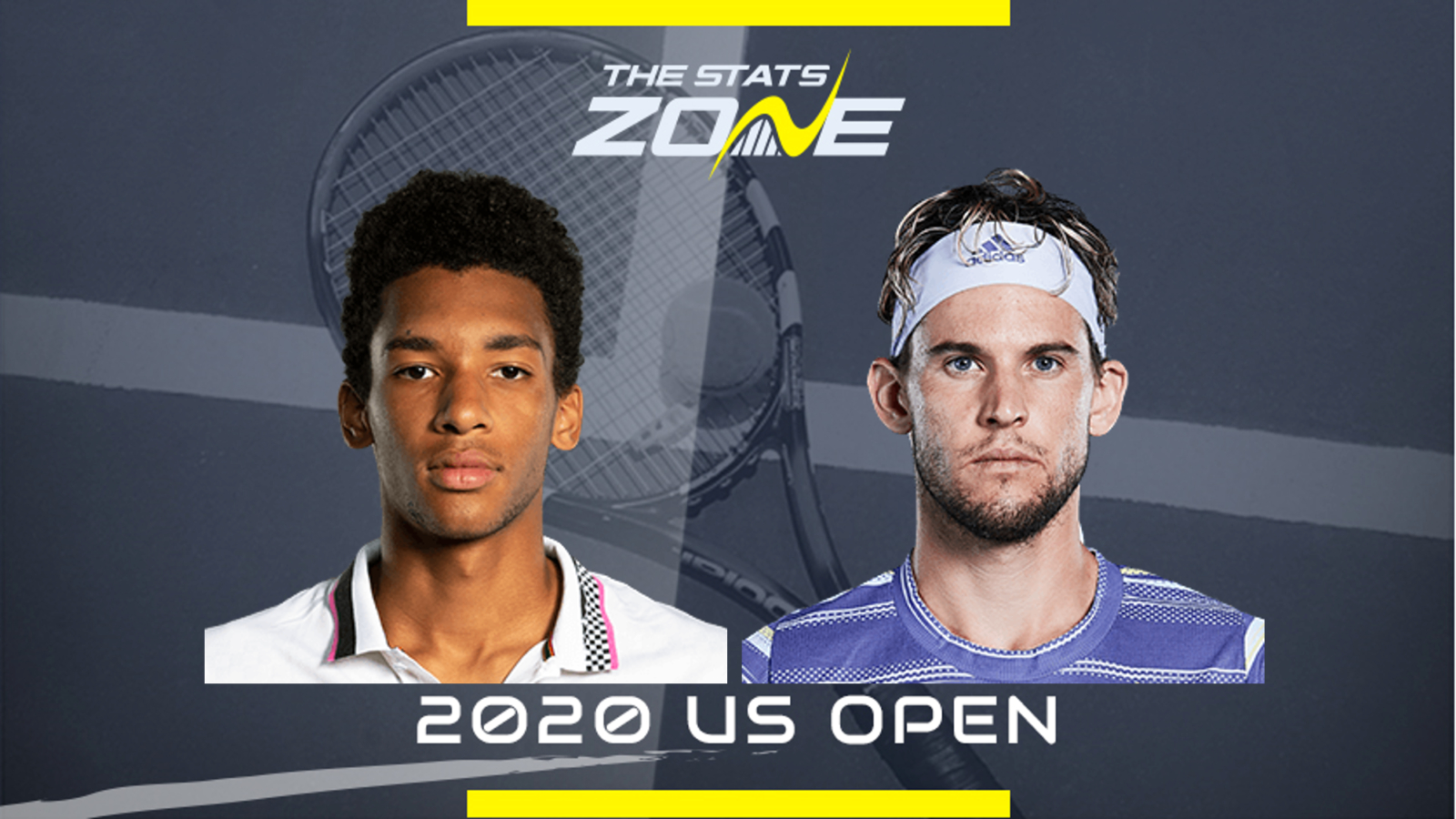 When is Felix Auger Aliassime vs Dominic Thiem on and what time does it start? Monday 7th September, 2020 – not before 19:00 (UK)

Where can I get tickets for Felix Auger Aliassime vs Dominic Thiem? The US Open will take place without spectators

What channel is Felix Auger Aliassime vs Dominic Thiem on? The US Open will not be televised live in the UK

Where can I stream Felix Auger Aliassime vs Dominic Thiem? Amazon Prime have the rights to the US Open in the UK so it is worth checking their schedule for streaming times

In what is surely the tie of the round, 2nd seed Dominic Thiem takes on exciting talent Felix Auger Aliassime, who is surely playing the best tennis of his young career right now. With the dramatic disqualification of Novak Djokovic, Thiem knows that he now has a huge chance to win his first Grand Slam title but he can’t take his eye off the ball as his Canadian opponent has played some sensational tennis so far in New York. He barely put a foot wrong in his 6-1, 6-0, 6-4 victory over Corentin Moutet in the third round and he will look to similarly take the game to Thiem from the onset here. If Thiem can withstand an early barrage and get a read on Auger Aliassime’s huge serve then his greater experience and Grand Slam pedigree could see him edge the big points so a narrow five-set victory for the Austrian is the prediction here.