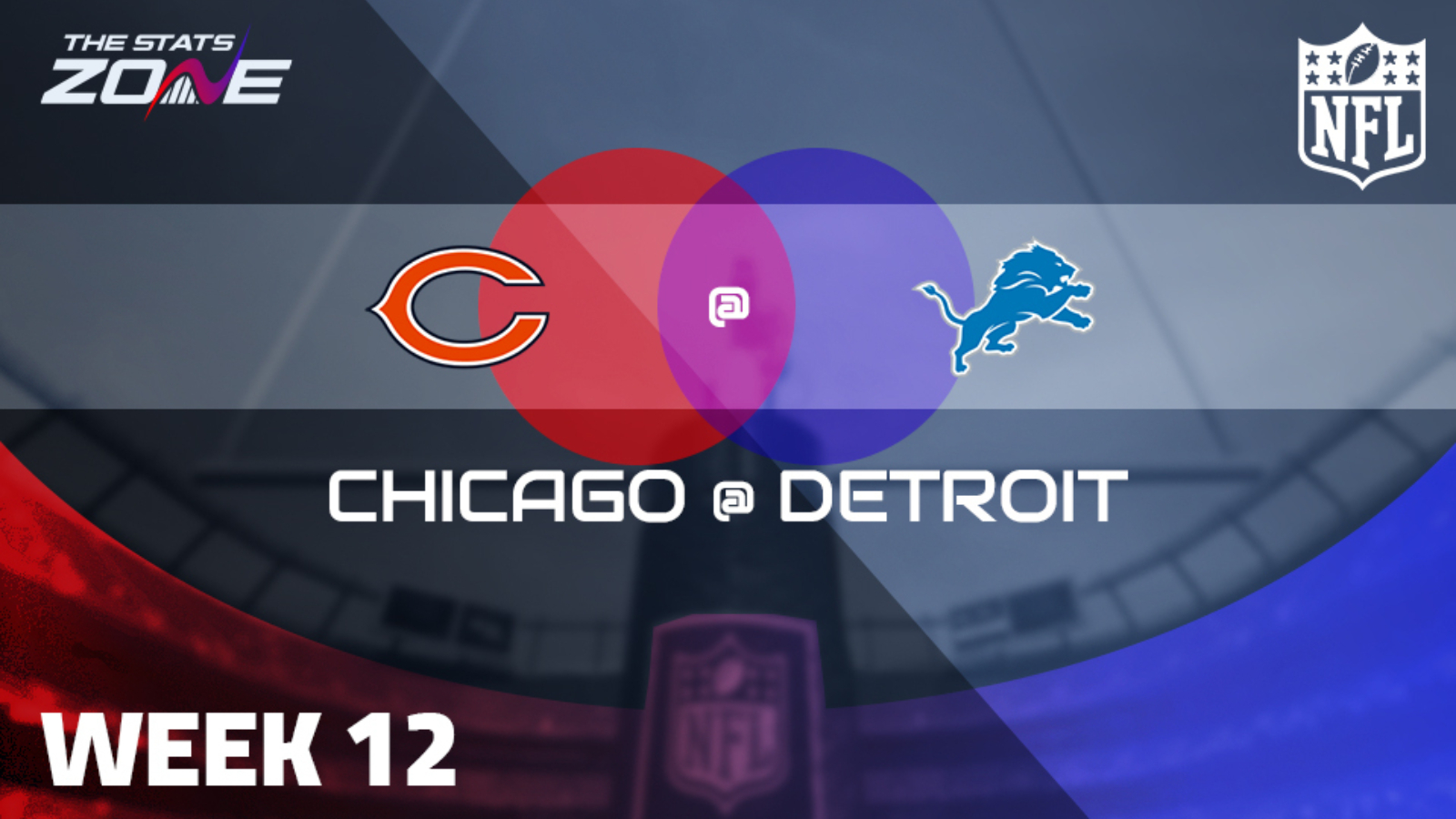 What is the expected weather for Chicago Bears @ Detroit Lions? 7c, showers

Detroit Lions produced another solid performance but it was once again not quite good enough to end their winless run in the NFL which now stands at ten matches this season. The Lions were narrowly edged out by Cleveland Browns in a low-scoring contest but they will view this Thanksgiving clash with NFC North rivals Chicago Bears as they bid to get off the mark for the campaign. The Bears are also struggling at 3-7 having lost their last five and with QB Justin Fields looking likely to sit this contest out, there is a real opportunity for the Lions. Both teams struggled on offense in week 11 as they combined for just 23 points and that could continue in this matchup with no more than 42 points set to be scored.