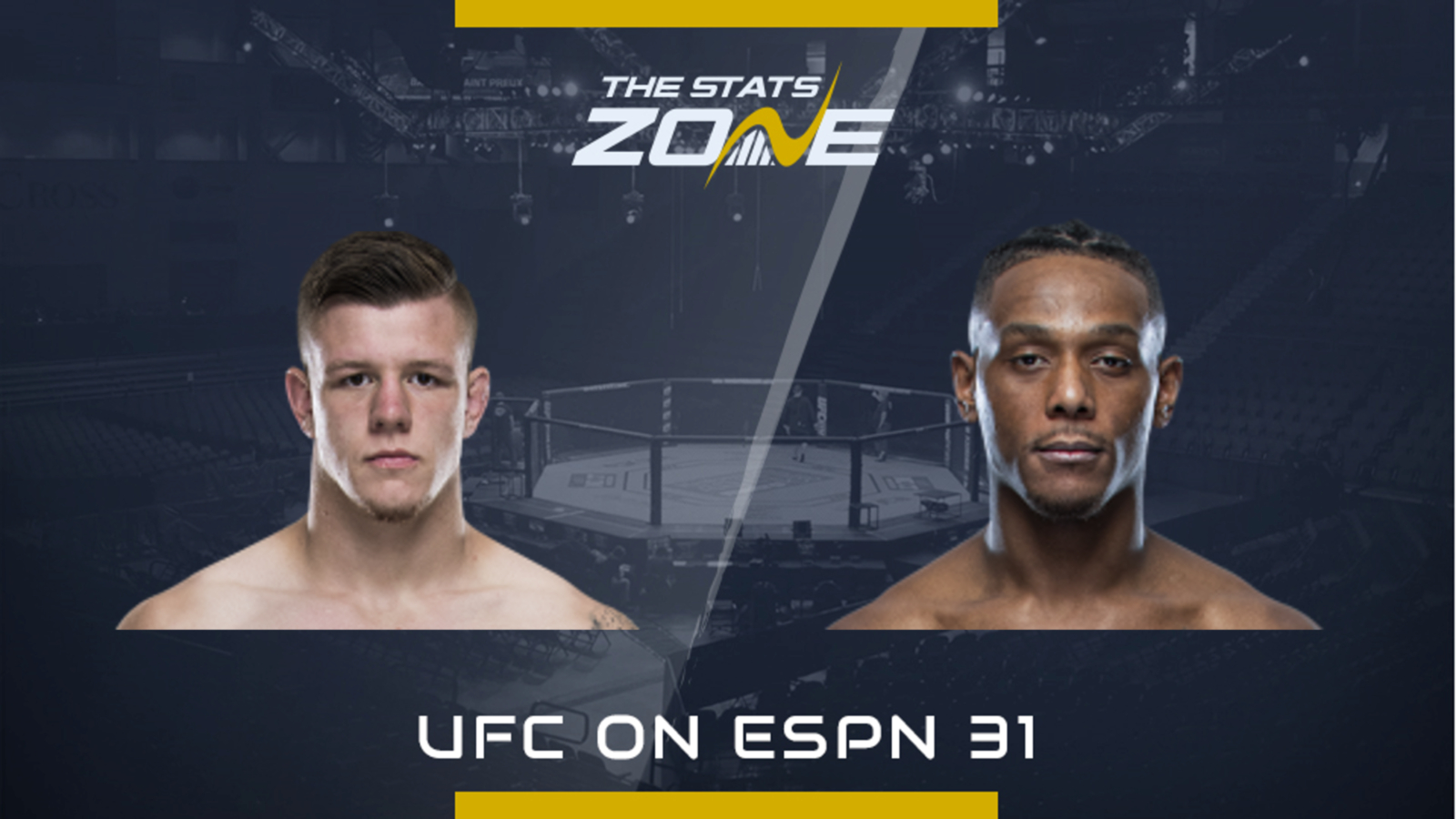 Where is UFC on ESPN 31? UFC APEX, Enterprise, Nevada (US)

Where can I get tickets for UFC on ESPN 31? Click here for the latest ticket information for UFC events

Where can I stream UFC on ESPN 31? BT Sport subscribers can stream the fight online via the BT Sport website

Jimmy Crute’s (12-2) floppy foot has mended itself and he is desperate to get back on track and steam up the light heavyweight division. He responded to the first loss of his career in 2019 when Misha Cirkunov submitted him with a glorious Peruvian necktie with two solid wins. He submitted Michal Oleksiejczuk with a kimura and knocked out Modestas Bukauskas last year which led him into the path of Anthony Smith in April. It was the biggest fight of his career, but it ended prematurely after a leg kick hit the nerve to essentially deactivate Crute’s foot. He battled on, but the ref called it as he could not even walk.

Jamahal Hill (8-1(1)) is also coming off a loss to break his momentum. It was the first loss of career after winning his first eight fights including three UFC bouts. One of those wins was a TKO over Klidson Abreu after earning a unanimous decision over Darko Stosic on his debut. However, that TKO was eventually overturned to a ‘no contest’ after he tested positive for marijuana. He then smoked Ovince Saint Preux collecting his fourth knockout and biggest win of his career. He then suffered a brutal loss back in June when Paul Craig dislocated his elbow and then proceeded to TKO him after he did not tap.

This is a fascinating match-up. Hill will boast his usual range advantage with five inches in reach and two in height whereas Crute will have the power and grappling advantage.

This will not necessarily be a striker vs grappler match-up as Crute can bang. We expect him to feel Hill out on the feet but as soon as Hill finds his range with his jab, leg kicks and begins to land, Crute will shoot in for a takedown.

The stand-up battle will be competitive but the longer this lasts on the feet, the more you have to back Hill who has the ability to earn his fifth knockout. However, if this fight hits the ground, Crute will be in his element and a submission will be very likely.

Considering Hill’s takedown defence, we are backing Crute to get the fight to the floor and if he can pin Hill down, we expect the Aussie to cinch another submission. That said, Crute is very unpredictable, and we can see wild exchanges that will favour Hill.

If Crute does not fight smart, Hill is the play as the underdog.