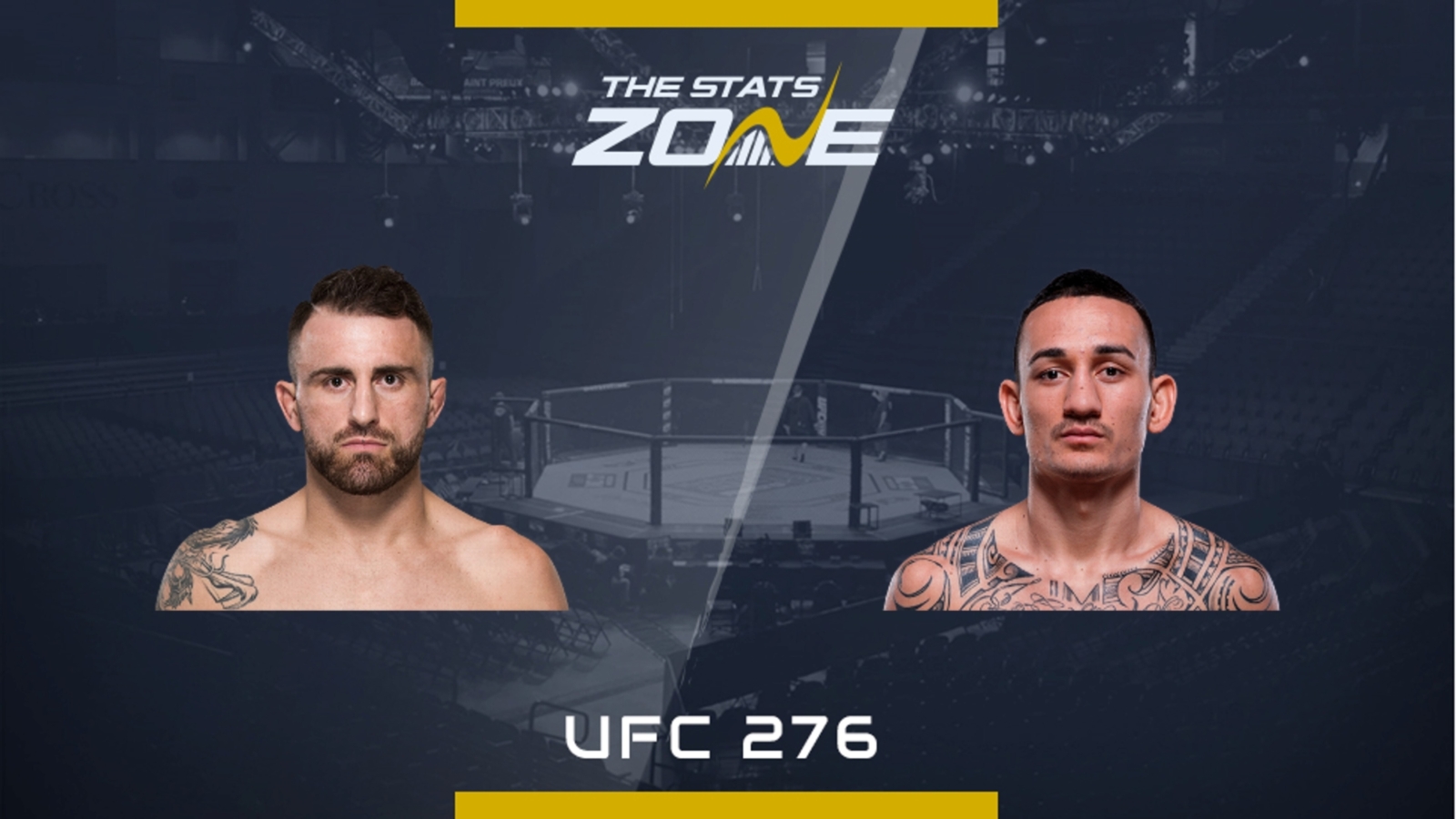 Where can I stream UFC 276? BT Sport subscribers can stream the fight online via the BT Sport website

Alexander Volkanovski (24-1) is the #2 ranked pound-for-pound fighter in the UFC, but it still feels as if he is underrated. The main reason is that many believe his two wins over Holloway were not conclusive hence why the UFC have worked hard to make this trilogy happen. He earnt a unanimous decision to snatch the belt in 2019 and followed it up with a closer split decision in 2020. Prior to that he beat Chad Mendes (2018) and the former king Jose Aldo (2019) and has since outpointed Brian Ortega (2021) and knocked out the Korean Zombie Chan Sung Jung. So, there is a strong case to suggest he is the best featherweight of all time.

This is Max Holloway’s (23-6) last chance to to crack that case and cement his own claim. His only losses since 2014 were those two decisions to Volkanovski and one against Dustin Poirier up at lightweight. The rest of his record speaks for itself and in between those losses he dominated the legend Frankie Edgar (2019) and then went on to put on vintage clinics on fellow striking elites - Calvin Kattar and Yair Rodriguez last year.

The first fight was a lot more conclusive with Volkanovski’s leg kicks making the difference. Holloway seemed to underestimate him but made great adjustments second time around. He shortened his stance to combat the leg kicks and was a lot more aggressive even knocking him down with a head kick.

It was not quite enough on the night with Volkanovski making adjustments during the fight landing three takedowns. So, the question is what adjustments will they make at the T-Mobile Arena? It is hard to imagine how they can get better.

With two losses in the bank, Holloway is the underdog, but we can easily see him earning a decision. This is not just a fight to win his belt back. This is a legacy fight and he wants to be known as the best featherweight of all time and this is his last chance.

We have a feeling Volkanovski is going to bring a wrestling-heavy game plan to scrape a decision. The longer this stays on the feet, the more we fancy Holloway to convince three judges this time.