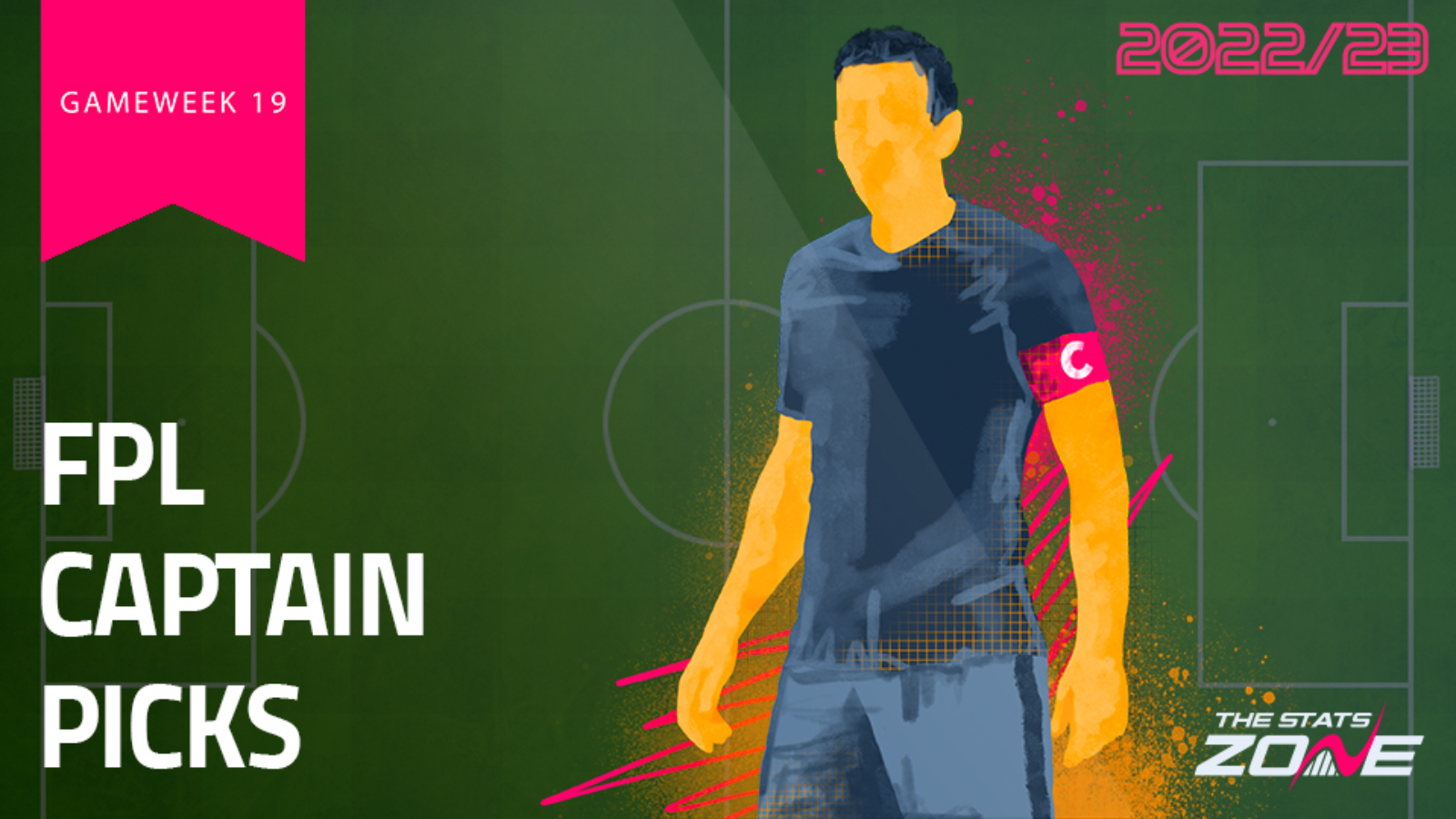 Gameweek 18 proved far less successful for our captain picks with only Erling Haaland (£12.2m) managing to accrue a meaningful return, his goal against Everton helping him to a score of 6 FPL points. Unfortunately, both Mo Salah(£12.9m) and Harry Kane (£11.6) each drew a blank, whilst differential selection Anthony Martial (£6.7m) was also unable to find the net against Wolves.

As we enter a new year, we come across a double gameweek, with West London rivals Chelsea and Fulham each doubling up in Gameweek 19. Taking this into account, we’ve chosen three of the most attractive premium captain picks, alongside a differential option ahead of Monday’s 16:00 deadline.

Despite a poor Gameweek 18, that won’t stop many FPL players from bringing in Aleksandar Mitrovic (£9.1m) ahead of Double Gameweek 19. This is understandable when considering the Serbian’s explosive potential for big points hauls. Mitrovic missed a late penalty for Fulham in their victory over Southampton which left him with no fantasy points, but he did accumulate 15 points on Boxing Day with a goal and two assists against Crystal Palace.

Leicester and Chelsea are Fulham’s two fixtures and FPL bosses have reason to be optimistic over Mitrovic’s output. Leicester have proven to be extremely fragile defensive since the Premier League’s return post World Cup break, whilst Chelsea have won just one of their last seven top flight fixtures under Graham Potter.

Despite Man City being held to a 1-1 draw at home to Everton in Gameweek 18, Erling Haaland did at least manage to continue his run of goalscoring form, which has lasted ever since the Premier League got underway back in August. It’s now 21 league goals for the Norwegian superstar with three assists also thrown in. To put that into perspective, the second highest scorer in the Premier League (Harry Kane), has just 13 goals in comparison.

A tough single fixture awaits Haaland in Double Gameweek 19 as Man City travel to Stamford Bridge to face Chelsea. However, Graham Potter’s side are going through a very poor run of form and Man City could be primed to take advantage. Despite not having two fixtures, this isn’t likely to stop a significant portion of FPL managers once again choosing to captain Haaland.

With an ownership of almost 50%, Arsenal’s Gabriel Martinelli (£6.8m) is hot property in the FPL market right now and for good reason! Since the Premier League’s resumption, Martinelli has racked up a total of 18 fantasy points, scoring in both Gameweeks 17 and 18, not to mention gaining a further assist in the latter, as Arsenal defeated Brighton by four goals to two.

The Brazilian currently boasts a total FPL score of 95 points this season, one point behind the £12.9m priced Mo Salah, just to put that into perspective. Newcastle at home will be a big test for the Gunners, but with Martinelli acquiring 24 fantasy points across his last three league appearances, those looking to maximise the potential upside of owning Martinelli should seriously consider handing him the armband for Double Gameweek 19.

The recent good form of Raheem Sterling (£9.7m) in the Premier League has gone somewhat under the radar, what with Chelsea’s recent poor run of results. But with two fixtures for the Blues in Double Gameweek 19, it’s time to consider Sterling as a potentially golden differential captain. The England international having netted in each of his last two league games.

.@sterling7 netted his 50th away #PL goal (eight for Liverpool, 40 for Man City, 2 for Chelsea) 👏 Since his first away appearance in September 2012, only five players have more away goals #NFOCHE https://t.co/40D4BNe4z9

Whilst Sterling does have two very difficult fixtures, he appears to be finally playing a more advanced role under Potter and should be afforded chances to score. He has picked up 15 points since the start of Gameweek 17 and is one of Chelsea’s most dangerous outlets offensively. A low ownership of less than 5% at the time of writing only adds to his appeal.