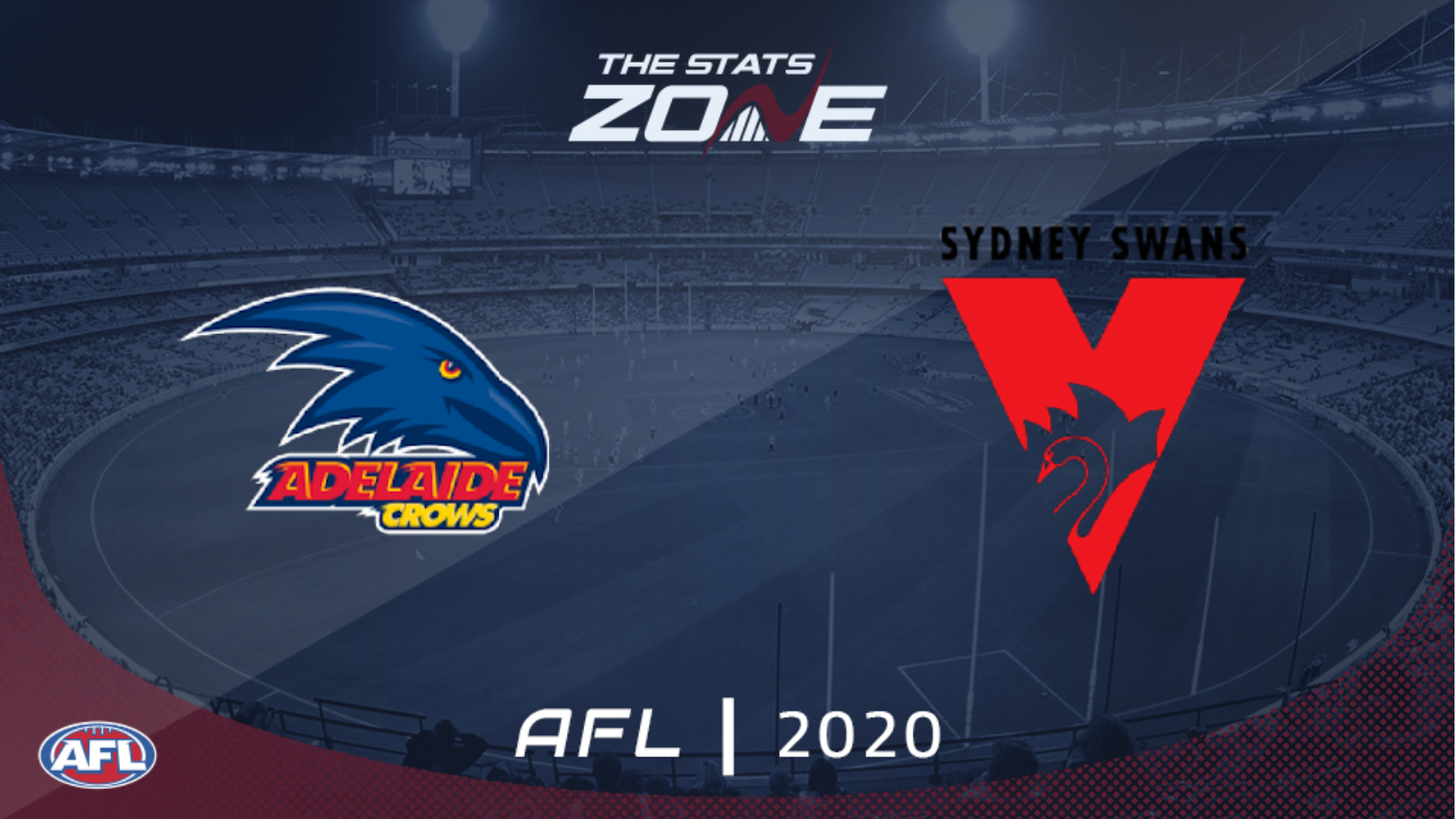 What television channel is Adelaide Crows vs Sydney Swans on? In the UK, five matches each week will be televised on BT Sport and you can see their schedule here. For the TV channel in Australia, visit this link

Where can I stream Adelaide Crows vs Sydney Swans? If the match is televised in the UK, then BT Sport subscribers will be able to stream it live via BT Sport Player. Additionally, those with a Watch AFL subscription can stream any 2020 AFL match live (outside of Australia). Those in Australia can stream any match live via AFL Live Pass

Where can I get tickets for Adelaide Crows vs Sydney Swans? https://www.afl.com.au/tickets

Sydney Swans disappointingly missed out on the finals in 2019 and will be eager to make a swift return this year. The usually consistent Swans were poor at the back end of the campaign and it prevented them from mounting a challenge. They head to Adelaide Crows as they attempt to get this new season off to a good start and the Swans should be able to do just that.