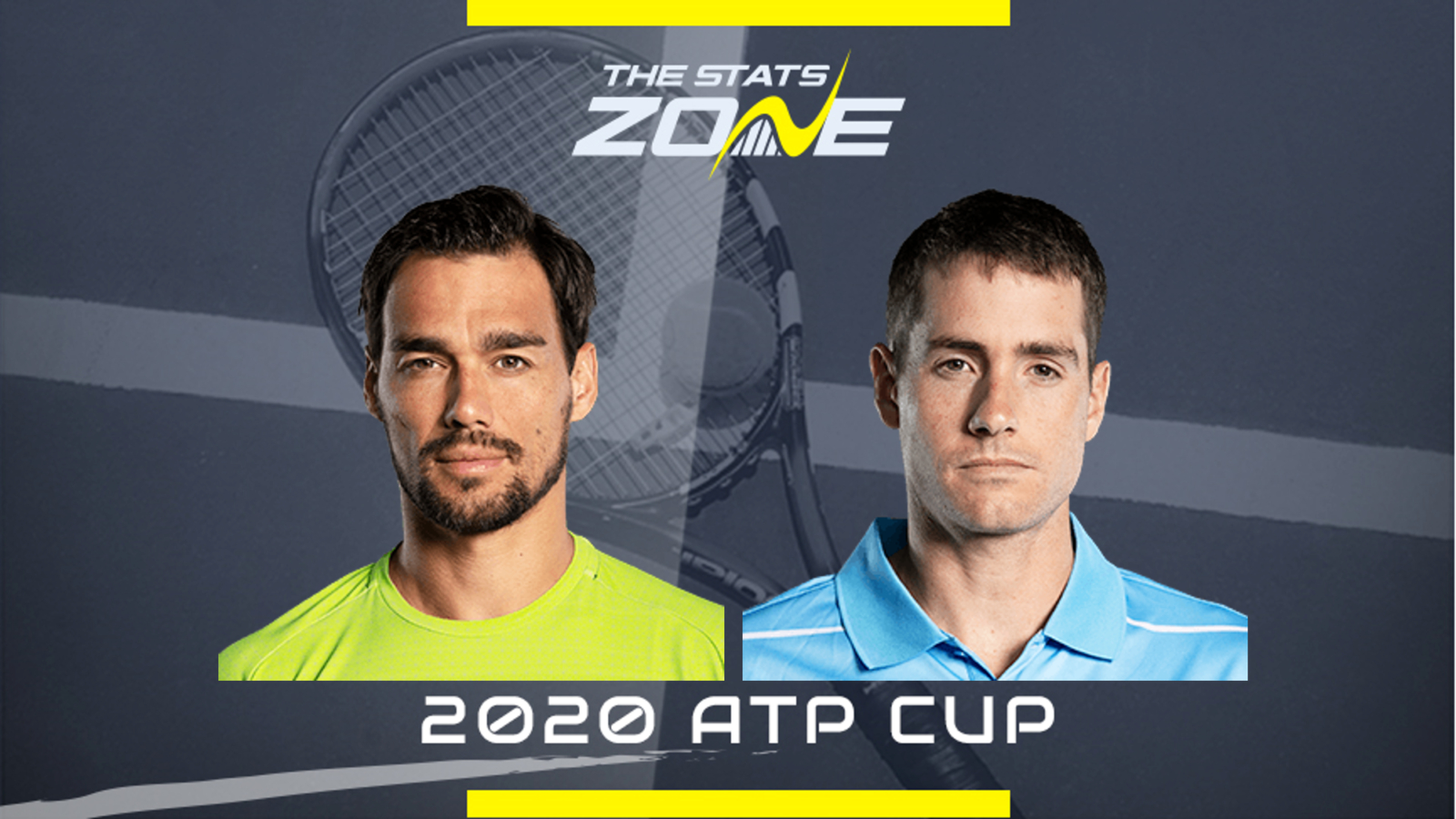 What channel is Fabio Fognini vs John Isner on? This match will not be televised live in the UK

Where can I stream Fabio Fognini vs John Isner? Amazon Prime subscribers can stream the match via Amazon Prime Video

Where can I get tickets for Fabio Fognini vs John Isner? https://www.atpcup.com/tickets

It’s odd to find that 34-year-old John Isner and 32-year-old Fabio Fognini have faced each other just twice in careers that have been spent mostly at the top of the game. While Isner won both of those previous occasions, a lot of time has passed since their last match in 2016 and it must be said that the big-serving American’s form is on the decline, while Fognini enjoyed his best year on tour in 2019. As always with the Italian, the outcome of this match rests on his temperament, but he should be able to find a way here in what should take this tie to a deciding doubles.