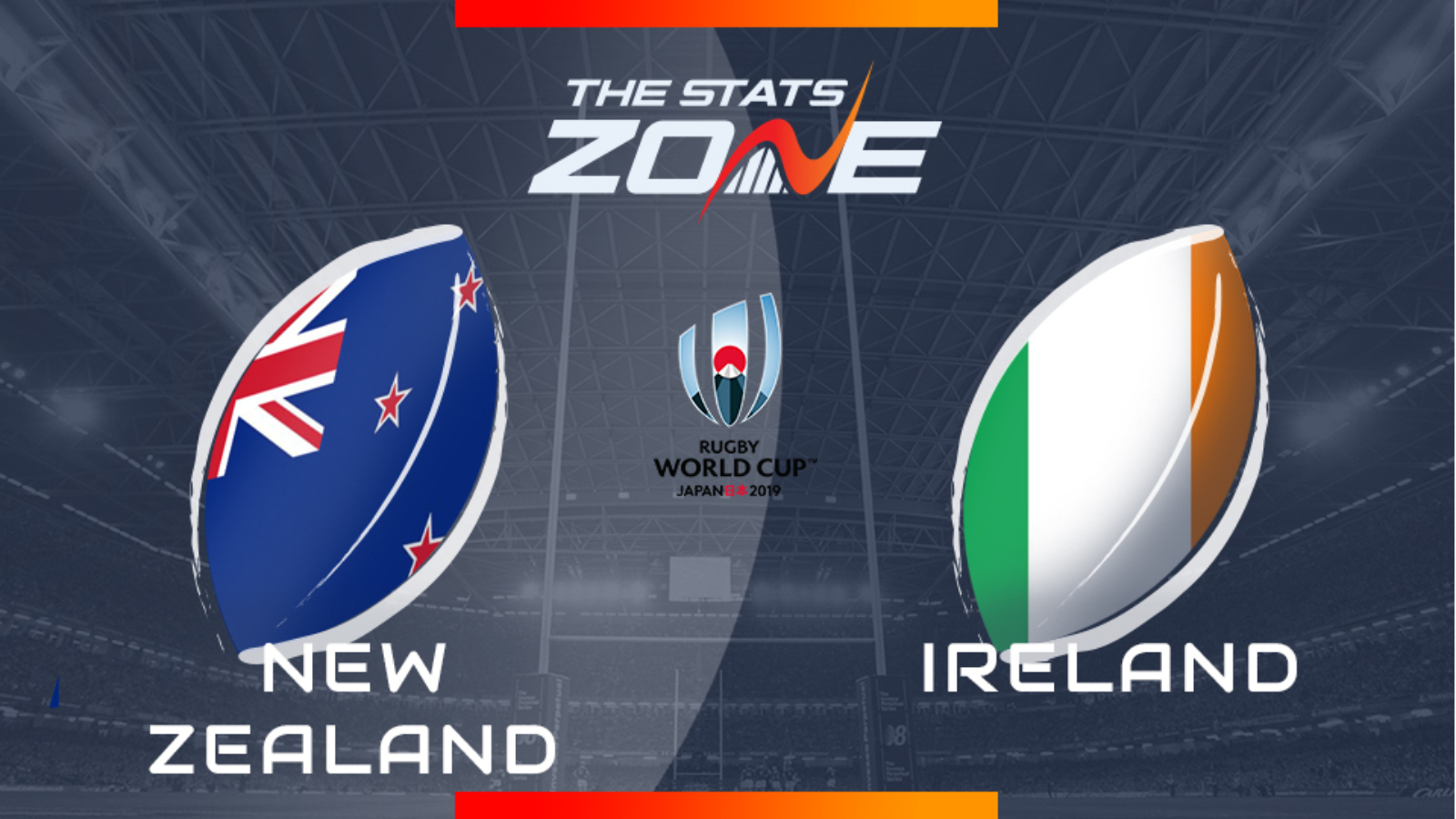 What is the expected weather for New Zealand vs Ireland? Rainy, 20c

What television channel is New Zealand vs Ireland on? This match will be televised live on ITV and this schedule should tell you which channel it is on

Where can I stream New Zealand vs Ireland? This match can be streamed via the ITV Hub

Where can I get tickets for New Zealand vs Ireland? https://www.rugbyworldcup.com/tickets

What was the score in the last meeting between New Zealand and Ireland? Ireland 16-9 New Zealand

Ireland will have to overcome New Zealand in the quarter-finals of the RWC if they are to achieve their best finish at the tournament. The three-time winners are chasing a third consecutive title and although they lost to the Irish the last time they met and will have that in mind in the build-up to this game, they should be too good. Ireland are capable of pushing them close and even winning but beating them at a RWC is a different proposition and the All Blacks will take some beating.