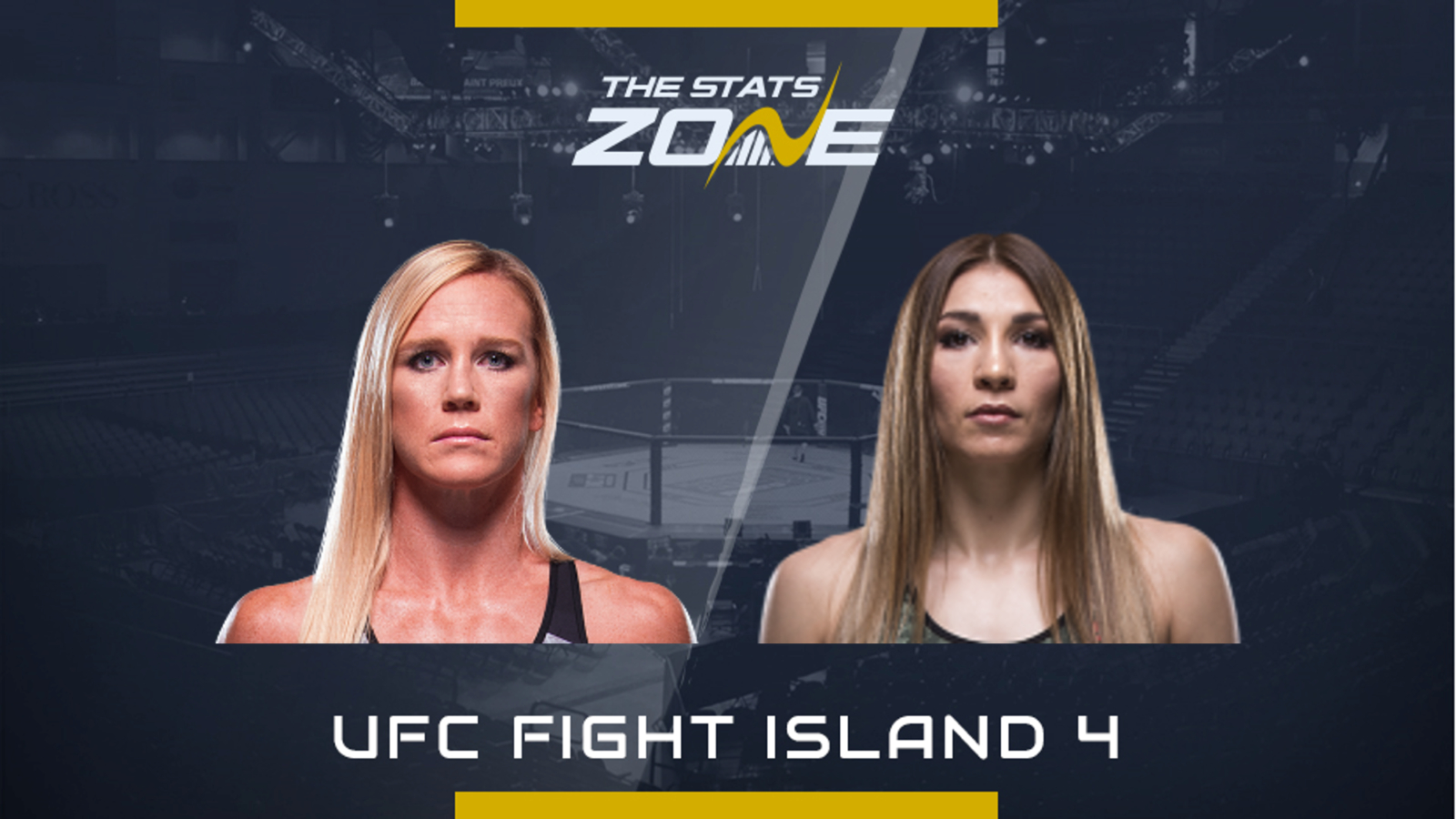 Where can I get tickets for UFC Fight Island 4? No tickets are available as this event will take place without spectators

What channel is UFC Fight Island 4 on? BT Sport 1

Where can I stream UFC Fight Island 4? BT Sport subscribers can stream the fight online via the BT Sport website

Holly Holm headlines her sixth UFC event but after the infamous knockout of Ronda Rousey, Holm has gone 3-5 including four title fights losing all of them. That said, she has fought some of the best bantamweight and featherweights of all time including, Miesha Tate, Valentina Shevchenko, Germaine de Randamie, Cris Cyborg and Amanda Nunes. Her last fight at 145 lbs was a unanimous decision over Megan Anderson and with few contenders for Nunes, she was awarded a title shot back down at 135 lbs but got poleaxed with a head kick. However, she bounced back well in her last fight beating Raquel Pennington for the second time.

Irene Aldana cannot wait to square up against the biggest name on her resume so far especially after pulling out of their originally scheduled bout in August for Fight Night 173 due to a positive COVID-19 test. Aldana is now 5-3 in the UFC but she has shown tremendous improvements in recent fights. After Pennington snapped a three-fight win streak with a tight split decision, Aldana has gone on to earn a unanimous decision over Vanessa Melo and is now coming off the biggest win of her career, knocking out Ketlen Vieira who was unbeaten at the time.

Despite the poor form, Holm is clearly still at the top of the food chain only losing to the cream of the crop and this is a good stylistic match-up for her to prove that. They are both striking specialists with exceptional boxing. Holm is a decorated boxer who has added phenomenal kicks to her game and Aldana has that rare knockout power in her hands.

This should be a fascinating stand-up battle and they match up very similarly physically. The difference here will be the movement and cardio of Holm. Aldana needs to get in to range to unleash her power but Holm’s footwork and combinations with kicks will make it very hard for Aldana to get in the pocket for any length of time.

Expect to see the rounds ticks away with Holm frustrating Aldana avoiding her power and as we get into the championship rounds, Holm should finish stronger. Aldana has only gone past the third once in her career which was back in 2015, whereas Holm is tried and tested in five rounders.

Holm gets the nod for another decision, but you cannot sleep on Aldana with her power and the rate she is improving.