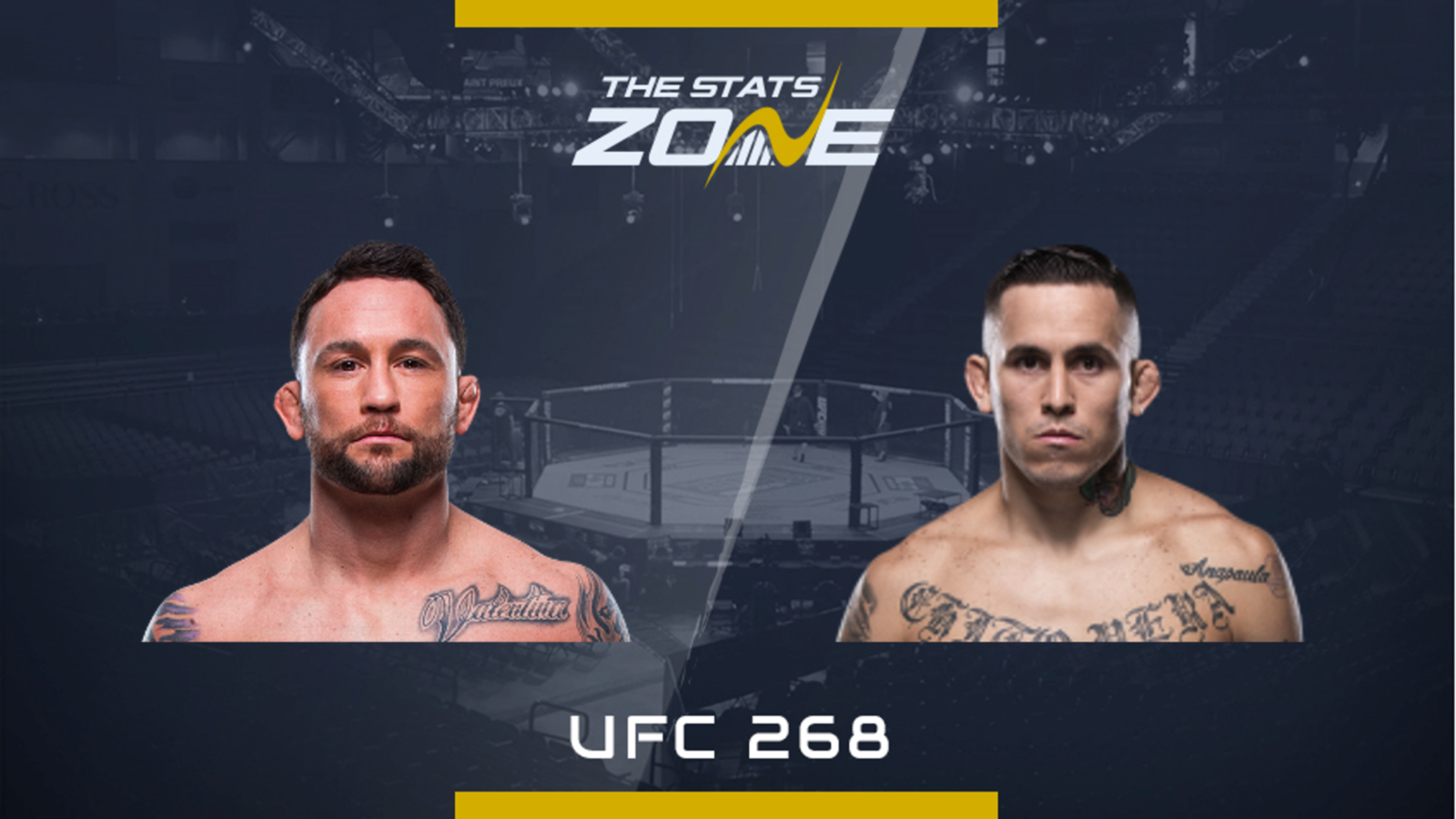 Where is UFC 268? Madison Square Garden, New York (US)

Where can I stream UFC 268? BT Sport subscribers can stream the fight online via the BT Sport website

February 2007, was Frankie Edgar’s (24-9-1) UFC debut and he makes the short trip to Madison Square Garden for his 29th walk to the octagon but what is more impressive is that he continues to fight top ranked guys. He has finally started to decline and we saw him get knocked out for the first time in 2018 by Brian Ortega. Since then, he earnt a unanimous decision over Cub Swanson but then lost a unanimous decision to Max Holloway and then got knocked out again by the Korean Zombie (2019). He showed glimpses of the olf Frankie squaking a split decision over Pedro Munhoz (2020) but he is coming off another stiffening knockout back in February. He took everything all the beats in the lightweight had to offer back in the day, but father time has finally caught up with him getting flatlined by a flying Cory Sandhagen knee.

Marlon Vera (17-7-1) is the next lion sharing the cage with the legend. He stormed his way up the ranks with an excellent five-fight win streak capped off by a mauling TKO over Andre Ewell in 2019 however, he has gone 2-2 since. He lost a unanimous decision to Song Yadong but he arguably won that. He then popped the Sean O’Malley hype downing him in first round but then ran into another legend dropping into the bantamweight waters in Jose Aldo. He got outclassed in a unanimous decision, but he is coming off a ‘fight of the night’ dub over Davey Grant in June.

Edgar continues his twilight quest at bantamweight and you could say this has been his division all along but it is too late in his career and the evolution curve has swung too far away from him to make a title challenge.

Edgar will bring the same pace, volume and level changes but it may not be enough against Vera who is extremely well-rounded. Vera is a beast on the mat and continues to improve on the feet with power in his hands so Edgar’s chin will be tested.

If Edgar’s chin holds up, we can see him subdue Vera for three rounds with his wrestling. He will not be able to finish Vera, but it may be enough to earn a vintage decision. However, we expect Vera’s youth and power to be enough against the ageing Edgar.

Leg kicks, punches from range and elbows in the clinch will slow Edgar down and we can see his chin giving way again but we are leaning towards a Vera decision.