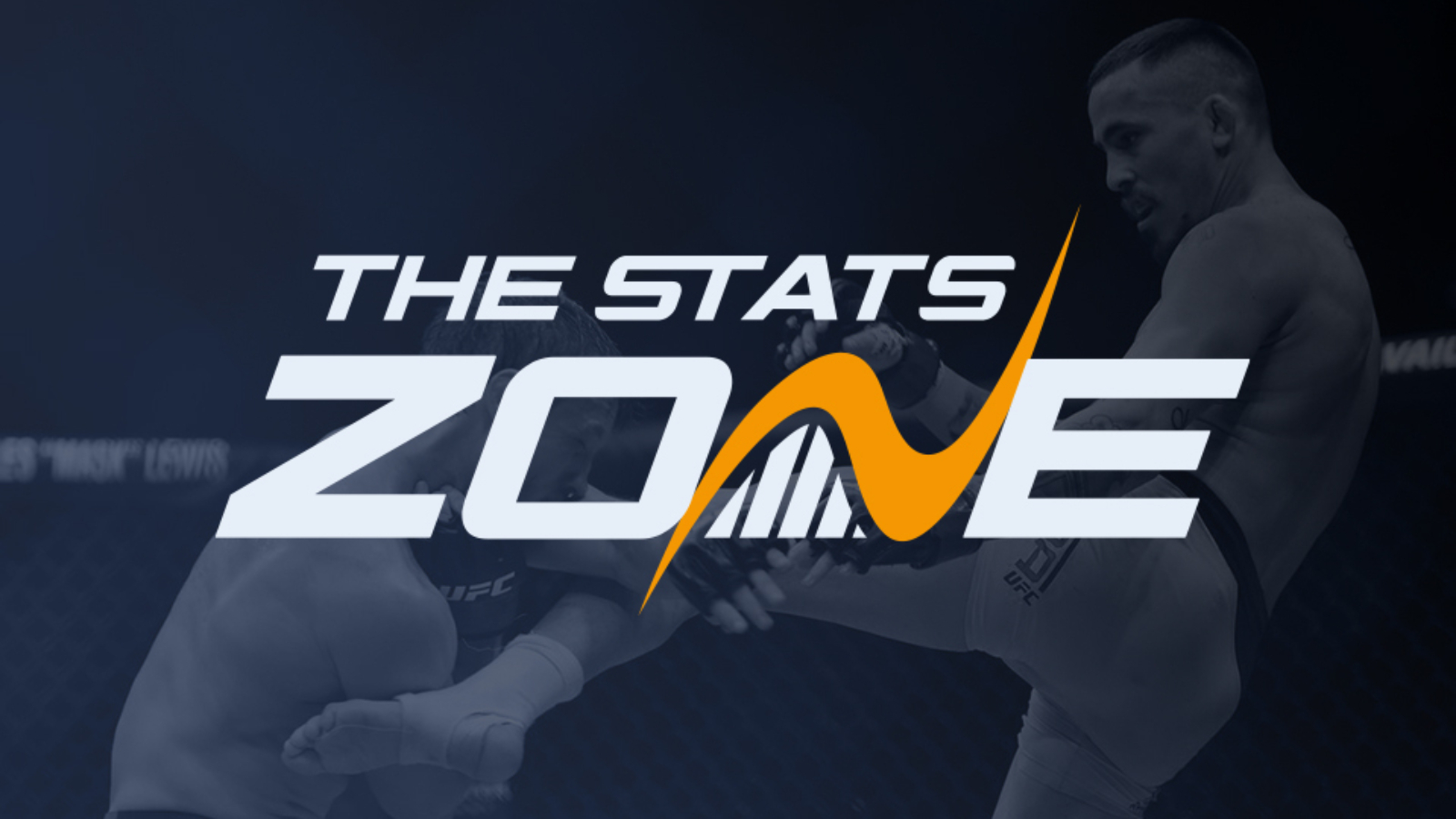 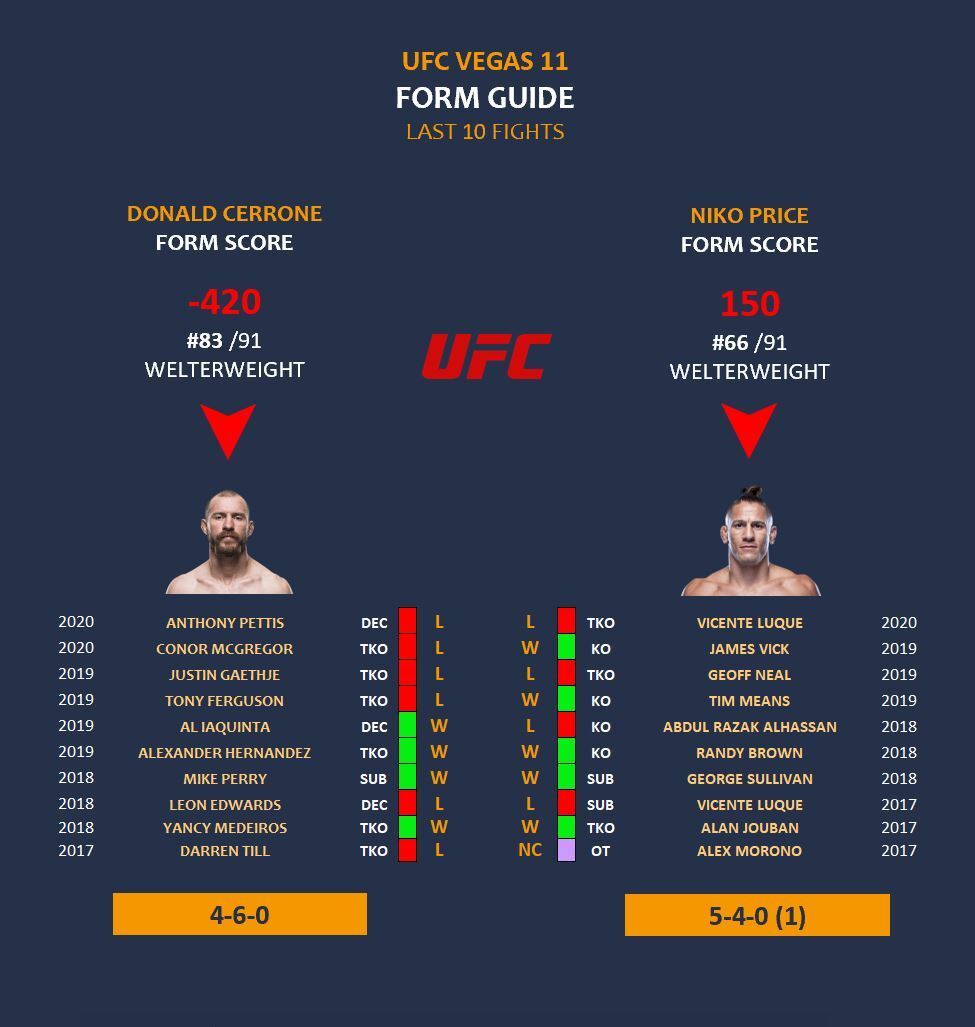 A four-fight skid can be terminal for a UFC career but not Cerrone as no fighter will likely ever be as active as him against elite competition. Price has only fought to a decision once in his career and even fighting the likes of Vicente Luque, Geoff Neal and Abdul Razak Alhassan, he always hunts the finish. In fact, out of their combined last 20 fights, 17 of them have been finished so we know we will be in for a war.

What a fantastic match-up we have in Donald Cerrone and Niko Price. Cerrone is the clear favourite with all the experience, better technical striking and is a different class on the mat.

The question will be how motivated he is as Price is a mad man with ferocious knockout ability and killer instinct walking out for the biggest fight and name of his career.

If Cerrone decides to take the fight to the floor it will be over quickly, but Cowboy is expected to trade with Price where an upset knockout could easily happen considering the amount of shots Cerrone eats.

However, the lack of fans will suit Cerrone and limit any mistakes whereas Price usually thrives on the crowd and may taste the difference in class on the night.