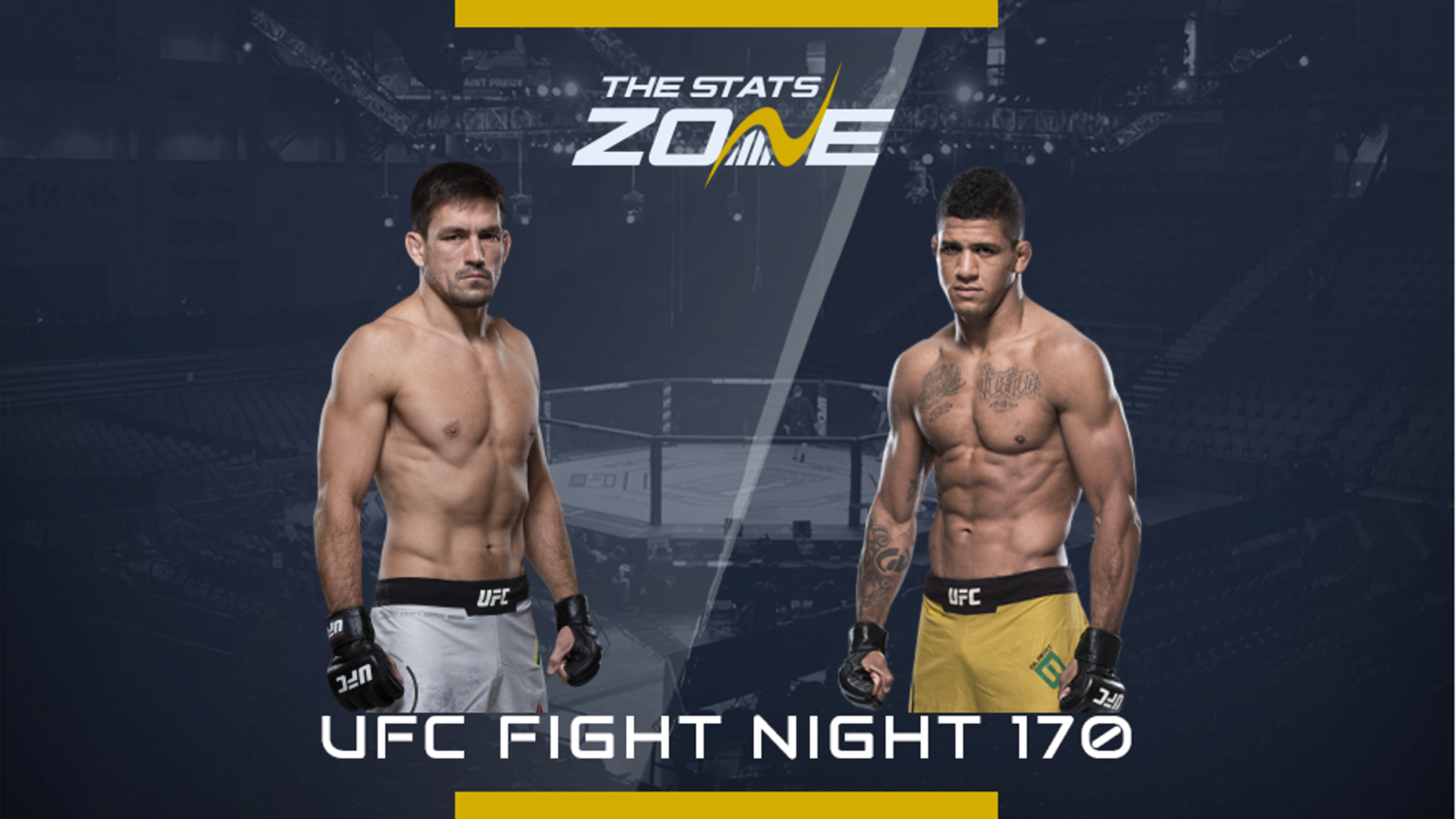 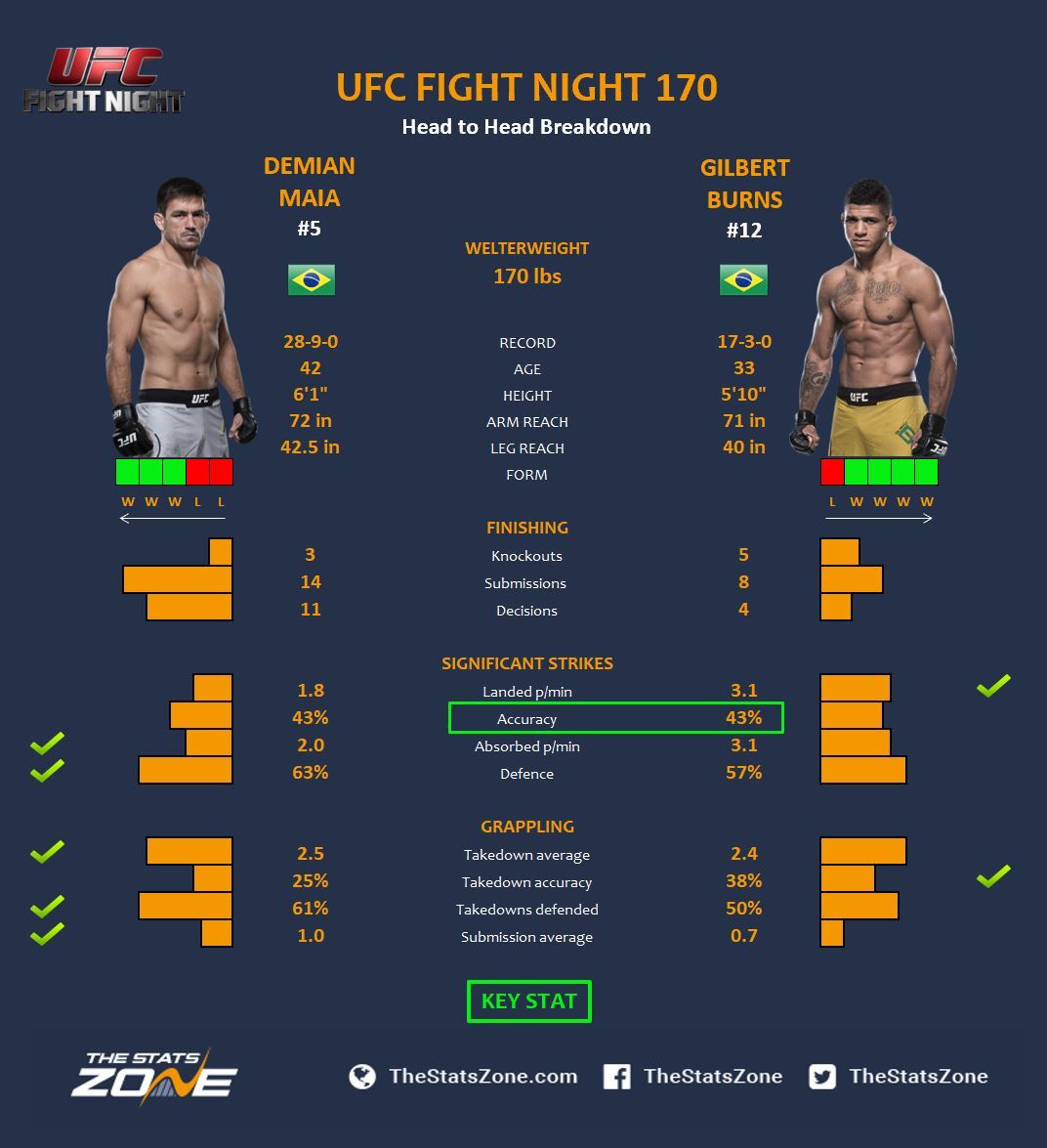 Two of the best Brazilian jiu-jitsu wizards in the UFC lock horns in Brasilia supporting the main event as Demian Maia takes on Gilbert Burns.

After the dismantling of seven UFC foes, Maia crossed paths with three of the best wrestlers in the welterweight division – Tyron Woodley, Colby Covington and Kamaru Usman. They completely closed him down to earn unanimous decisions but the old dog proved he still has the hunger as he has gone on to submit Lyman Good, outpoint Rocco Martin and earn his 14th submission in his last fight by finishing Ben Askren.

Fellow grappling beast, Burns is on a roll himself and on a four-fight winning streak. After starching Jason Saggo and Dan Moret, Burns got a taste of his own medicine suffering a knockout to Dan Hooker. Now, he is coming off a unanimous decision over Olivier Aubin-Mercier, a submission over Mike Davis and two more unanimous decisions over Alexey Kunchenko and Gunnar Nelson.

Unless Burns gets rocked by Maia, he is too skilled to get submitted by him and as good as it would be to see these submission artists battle it out on the floor, their skills will cancel each other out forcing a stand-up battle.

This is where Burns should have the edge. He is the more technical and powerful striker and he should win the exchanges but a knockout would be surprising as Maia has only been finished once in his career which was back in 2009.