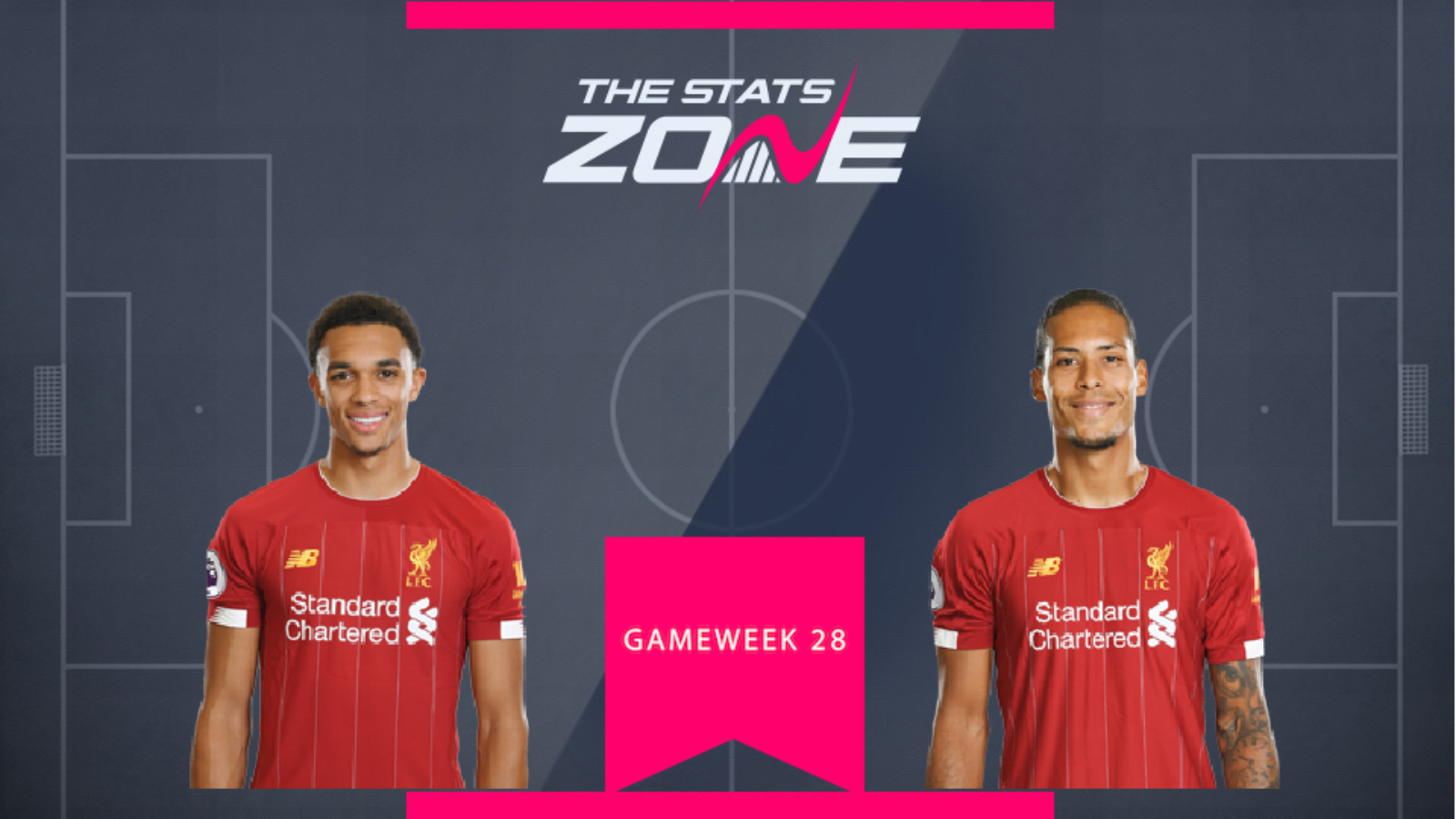 Despite Liverpool conceding two goals against West Ham in Gameweek 27, they ended up beating the Hammers 3-2 to continue their unstoppable march towards the Premier League title. Two of those three Liverpool goals were assists from full-back Trent Alexander-Arnold (£7.7m), who now has an incredible 14 Premier League assists so far this season. Central defender Virgil van Dijk (£6.6m) only picked up 1 FPL point from the match, although it could have been far more had his header from a corner gone into the net as opposed to hitting the crossbar.

Liverpool travel to Watford in Gameweek 28 and both Alexander-Arnold and Van Dijk have enjoyed success against the Hornets in the past, both in defence and going forward. However, when picking between the two, it would be reckless not to side with Alexander-Arnold. The license given to the right-back to roam forward at will, along with his control of set-pieces, makes him arguably the most essential player in FPL this season. 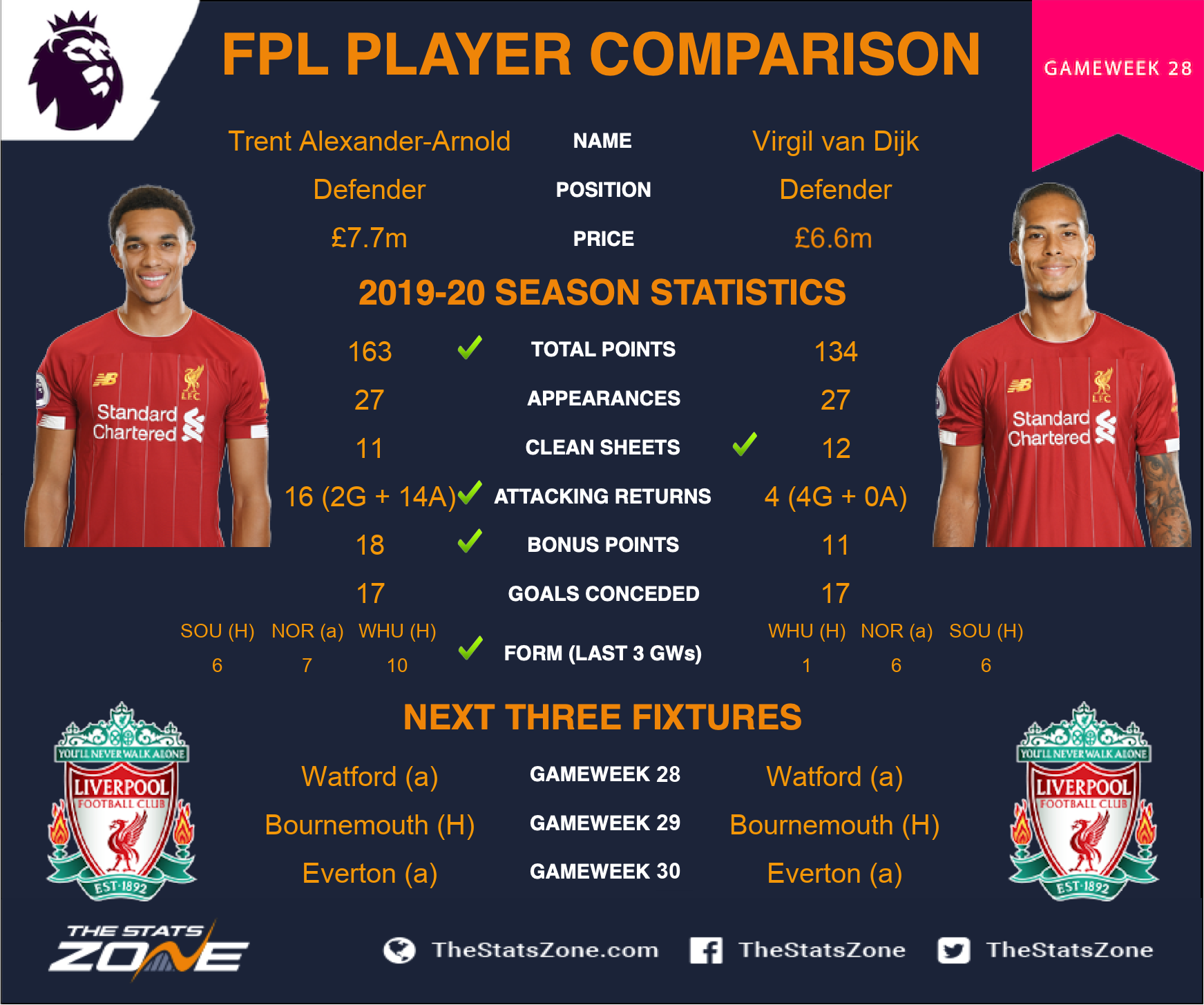