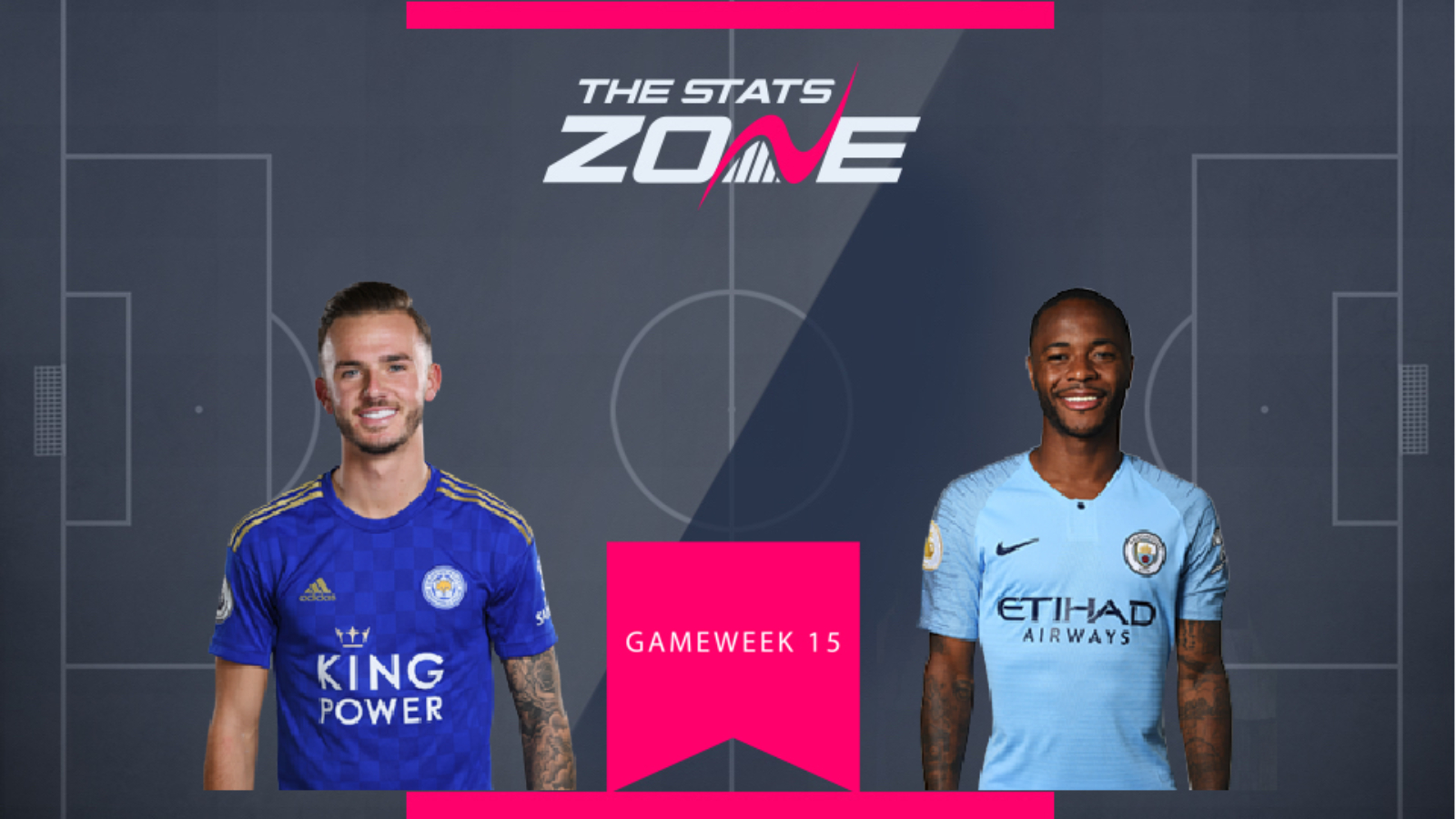 After VAR denied him a goal in Gameweek 13, Leicester midfielder James Maddison (£7.6m) once again failed to trouble the opposition goal in Gameweek 14 against a defensively stubborn Everton side. After accruing 26 FPL points between gameweeks 10 and 12, Maddison has only gained 5 FPL points since, with no goals or assists. Leicester however continue to march on, and a 2-1 victory over the Toffees takes them to 2nd in the Premier League table.

Raheem Sterling (£11.9m) however found himself back on the scoresheet after a tough few gameweeks for Man City in the Premier League. Sterling opened the scoring in City's 2-2 draw away at Newcastle. He picked up 7 FPL points, more than he won in his previous three league matches put together, and moved up to third in the overall FPL scoring midfielders.

Maddison faces a juicy home clash against bottom of the table Watford in Gameweek 15, whilst Sterling's Man City travel to Turf Moor to face Burnley. Of Sterling's 8 Premier League goals this season, six have come away from home which bodes well for his prospects this gameweek. However, Watford's position in the table cannot be ignored and having sacked manager Quique Sanchez Flores following their latest defeat away at Southampton, Maddison will be expected to cash in midweek against a side in clear disarray. 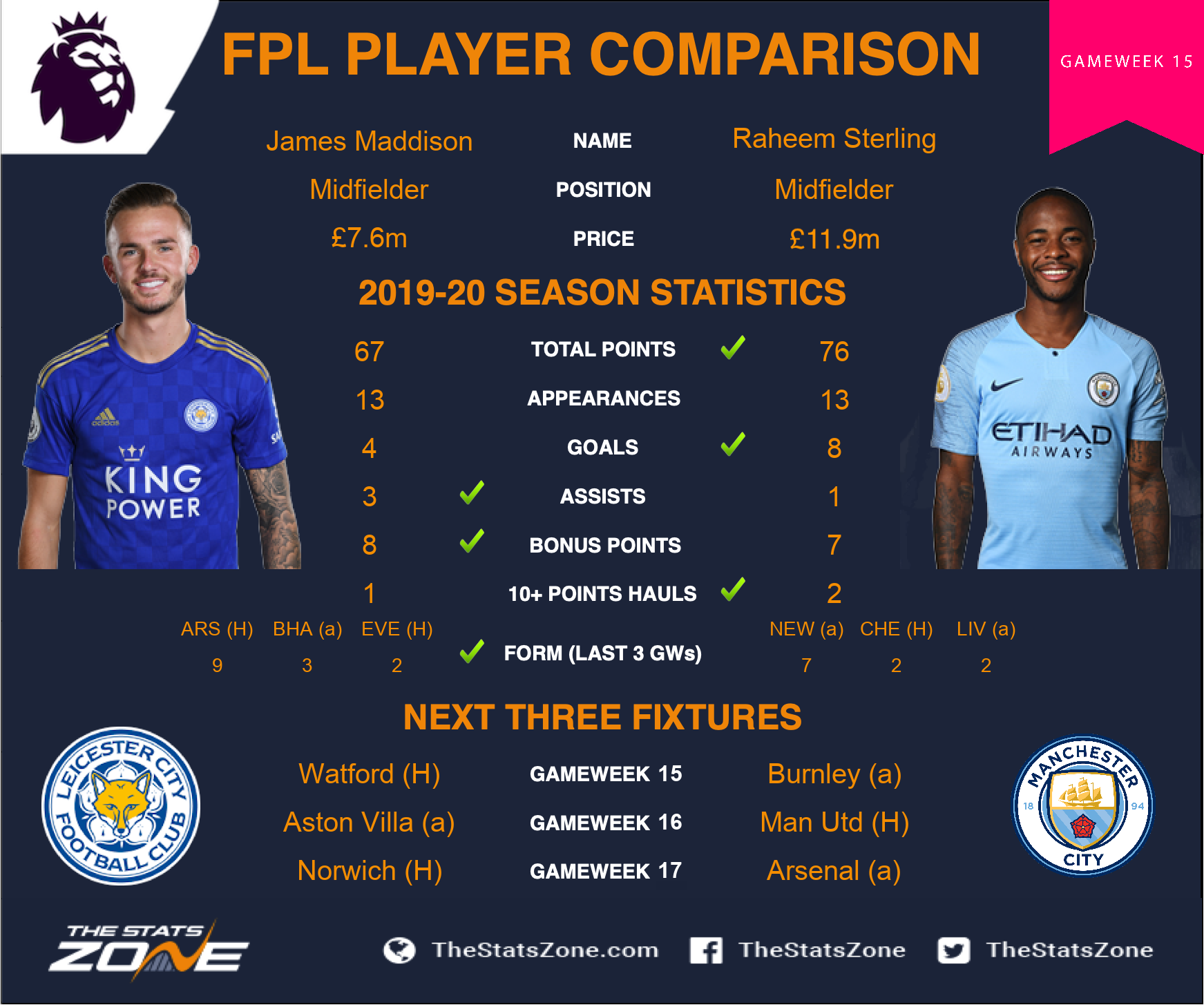