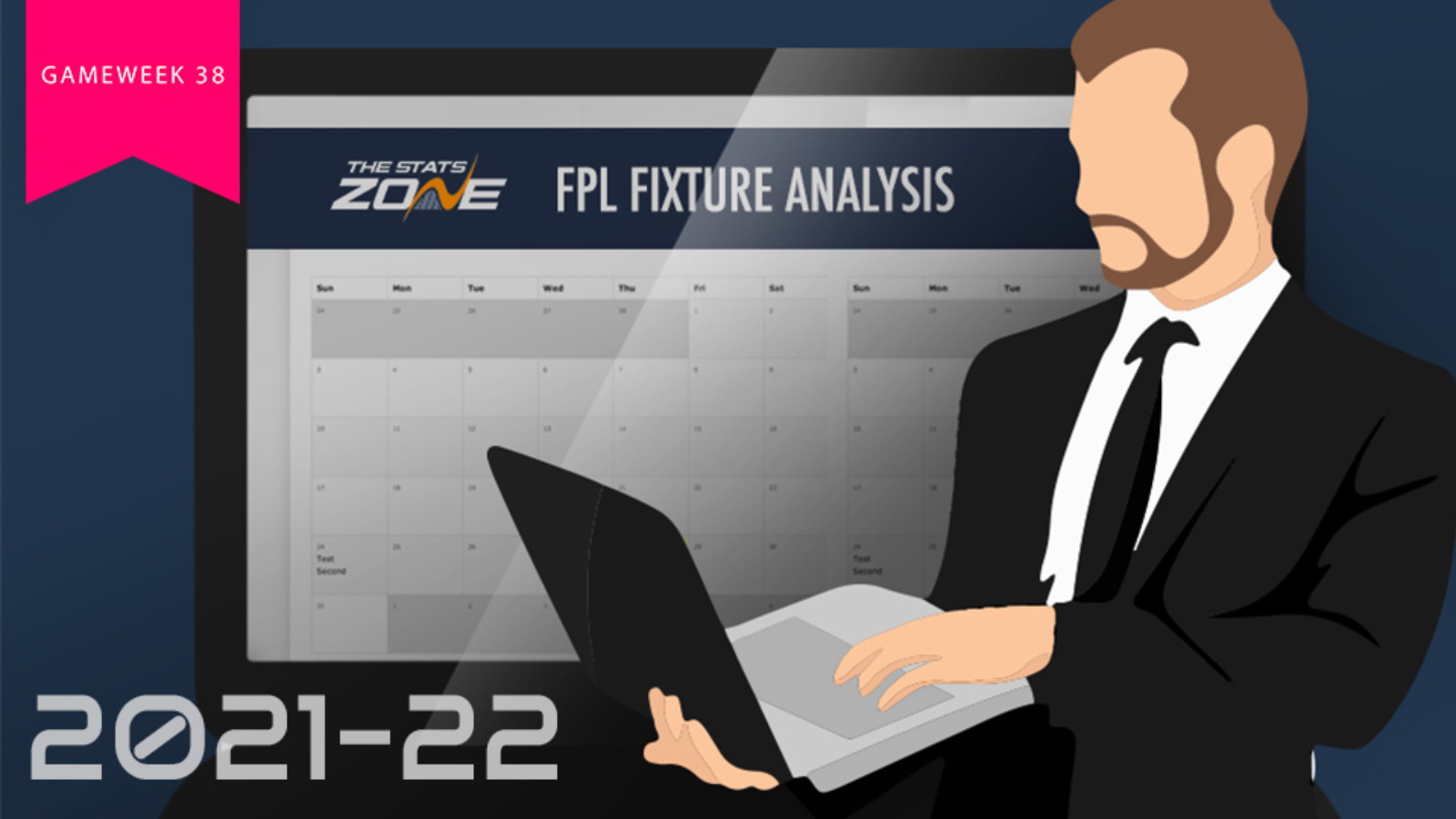 Double Gameweek 37 began with a hard-fought 1-0 victory for Spurs against Burnley, a Harry Kane (£12.4m) penalty separating the two teams. Three 1-1 draws followed as Aston Villa vs Crystal Palace, Leeds vs Brighton and Wolves vs Norwich all ended in the same result. Two Jarrod Bowen (£6.8m) goals gave West Ham a 2-0 lead before Man City pegged them back to a 2-2 draw, keeping the race for the Premier League title in their hands heading into the last day. Elsewhere, Leicester thrashed relegated Watford 1-5, a match which included braces from Jamie Vardy(£10.3m) and Harvey Barnes (£6.5m), whilst James Maddison (£6.9m) racked up a goal, two assists and 15 FPL points.

Maddison would go on and net once again for the Foxes later in the week in a 1-1 draw against Chelsea, with Marcos Alonso (£5.7m) scoring for the Blues. Before then, Arsenal blew their advantage in the top four face after losing 2-0 away at Newcastle, whilst Liverpool maintained the pressure on Man City by beating Southampton 1-2. At the bottom of the table, Everton secured their Premier League survival despite losing to Brentford last weekend, with a 3-2 win over Crystal Palace this past Thursday enough to see them safe.

Fans invaded the pitch at Goodison Park as Everton secured their Premier League survival with a 3-2 win against Crystal Palace. https://t.co/9hEUIaFNG7

For the last time in 2021-22, we weigh up the latest round of Premier League fixtures, picking out the teams most enticing from an FPL point of view, along with the playing assets who could wind up successful. So, what does Gameweek 38 have in store for us?

Leicester are finishing the season strongly and have racked up nine goals across their last three Premier League fixtures, gaining seven points in the process. Plenty of FPL managers will have eyes on their most dangerous attacking assets heading into Gameweek 38 when taking into account the individual FPL scores that those players have each been recording across the past couple of gameweeks. Southampton travel to the King Power Stadium who have not only lost four of their last five games, but also conceded at least twice in each of those matches.

James Maddison was the star turn across Double Gameweek 37, accumulating 25 FPL points, whilst forward Jamie Vardy gained 15 points. Both will likely be heavily recruited, as could Harvey Barnes who in his last two starts for Leicester has managed three assists and two goals. Rotation is always a worry on the final weekend of the season, but Brendan Rodgers has indicated that he wants to finish the campaign strong, so all of Leicester’s big-hitters are expected to feature.

For Spurs to secure the holy grail of Champions League football next season, all they have to do is avoid defeat against Norwich at Carrow Road. That’s rock bottom, relegated, rubbish Norwich (no offence Canaries fans). Dean Smith’s side are deservedly headed back to the Championship following a nightmare season that has seen them lose 25 of their 37 matches played, conceding 79 goals in the process. It’s therefore, easy to see why Spurs players may wind up very popular Gameweek 38 incomings among FPL managers.

The duo of Harry Kane and Heung-Min Son (£11.2m) will no doubt spearhead the visiting attack, with Son needing just two goals to claim the golden boot over Mo Salah. Attacking full-back Ryan Sessegnon (£4.3m) is on the back of having managed 8 FPL points over Spurs and at such a cheap price, looks a potentially excellent acquisition with multiple avenues in which to return points whether it be through clean sheets, assists or even goals. Also worth mentioning is Dejan Kulusevski (£6.3m), who not only has three goals and nine assists to his name in the Premier League since joining the club, but is also significantly cheaper than fellow midfielder Son.

When their backs are against the wall in the domestic game, more often than not Man City come out swinging with an excellent performance and they’ll need to do that again here if they want to seal the Premier League. Only Aston Villa stand between them and winning the title, so expect Pep Guardiola’s side to come out of the traps firing on all cylinders in front of what will be a raucous Etihad Stadium in Gameweek 38.

Of course, bringing in Man City assets means playing the “Pep Roulette”, but Kevin De Bruyne (£12.1m) is one of those certain to start. With 67 points over the course of his last seven Premier League fixtures, it would take a brave FPL manager not to own the Belgian. You also have full-back Joao Cancelo (£7.2m), the second highest scoring defender among the FPL player-base with a whopping 200 points. It’s hard to name many other certain starters in that Man City side, but those who do play are capable of significant FPL scores.