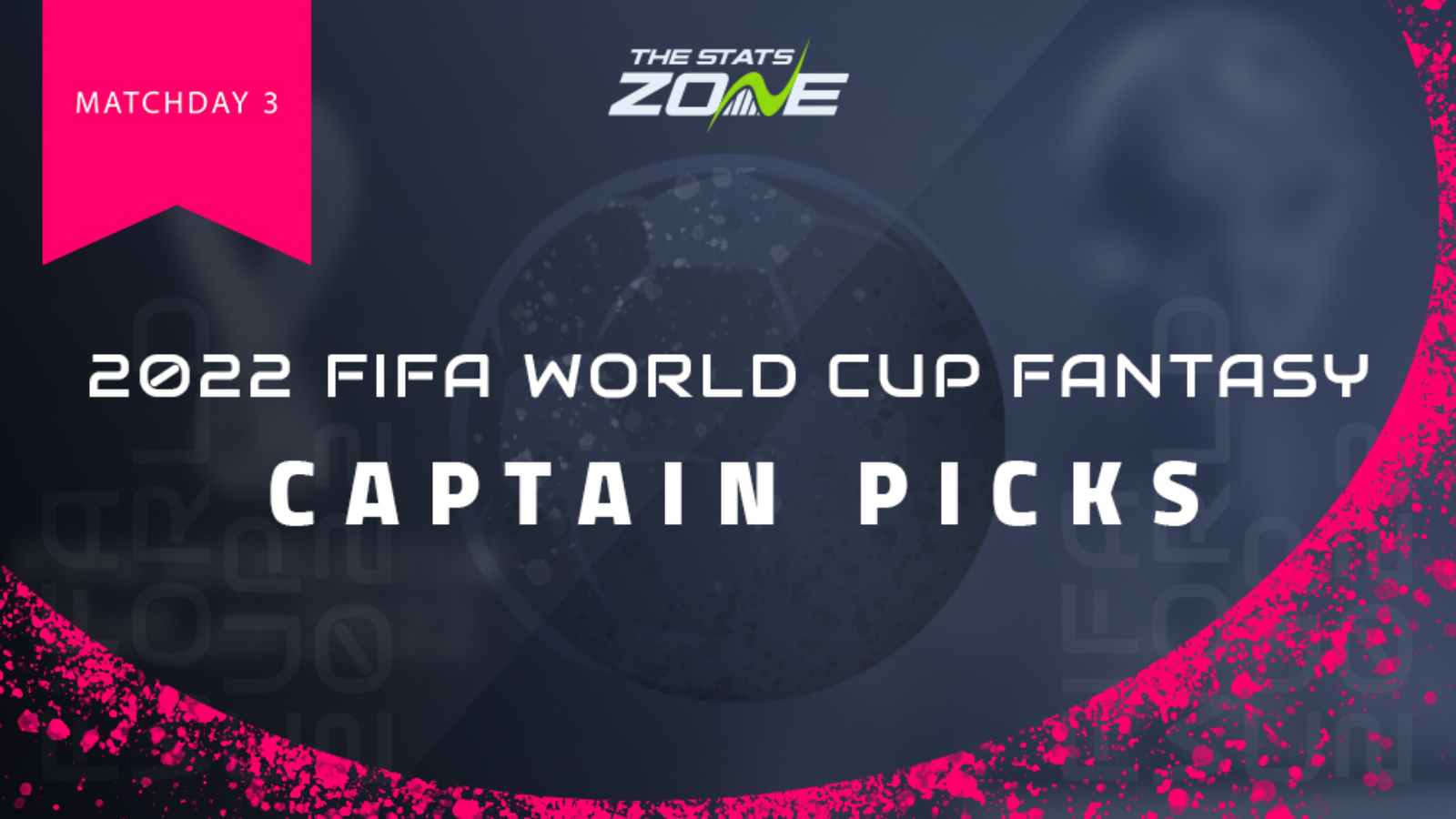 For the second matchday in a row it was a case of the premium forwards bringing home the World Cup fantasy bacon. Both Kylian Mbappe ($11.5m) and Lionel Messi ($10.5m) accrued two attacking returns each, playing starring roles for their respective countries as they brought home 13 points and 9 points respectively. However, our differential selections continue to disappoint, with Gareth Bale ($8.0m) almost a spectator during Wales’ devastating two-goal to nil loss at the hands of Iran.

As we head into the final round of group stage fixtures, World Cup fantasy managers should be aware that rotation could well be rife among a number of sides who have already secured their passage to the knockout stage such as France, Brazil and England (yes, we’re gambling that Wales won’t beat the Three Lions by four goals or more). Despite that, we’ve run the rule over three premium captaincy choices for Matchday 3, alongside a differential option.

One player who certainly won’t be rested is Lionel Messi with Argentina needing victory over Poland to guarantee their place in the knockout stage. Just when it was starting to look like they had no answer to Mexico’s defensive wall on Matchday 2, the mercurial maestro that is Messi broke the deadlock in some style, unleashing an unstoppable low shot from 25 yards out that nestled into the bottom corner of the Mexican net. A further assist later in the piece and it was job done for Argentina, Messi and the 35-year-old’s delighted World Cup fantasy ownership.

Lionel Messi is now the youngest and oldest player to both score and assist in a single World Cup game 🤯 https://t.co/ERuWwolj1B

The attacking capabilities of Messi don’t need explaining and with Argentina playing for their tournament lives, the stage could be set for another show-stopping performance from their superstar. From a captaincy perspective, whilst Argentina may play on the same day as France, Messi is a guaranteed starter, whilst Mbappe could be afforded a rest by Didier Deschamps with Les Bleus safely through to the round of 16, making Messi the safer choice as skipper.

Portugal made it two wins from two in Group H, by beating Uruguay 2-0, backing up their 3-2 triumph over Ghana. This time round, Cristiano Ronaldo ($10.0m) did not officially make it onto the scoresheet, although there was a big bone of contention as to whether he got the final touch on a Bruno Fernandes cross which opened the scoring for Portugal, with Fernandes credited with the goal. This led to a score of just 1 World Cup fantasy point for Ronaldo. Fine margins!

There is some debate over whether Cristiano Ronaldo actually got a touch... 👀 What do you think? His goal? #BBCFootball #BBCWorldCup https://t.co/aScvxUo4eg

The offence of Portugal has looked extremely impressive and when factoring in Ronaldo’s minimal playing time heading into the World Cup, he must be considered likely to start again on Matchday 3 to ensure he goes into the knockout stage with a high level of match fitness. Korea Republic shipped three goals against Ghana last time out and it would be no surprise to see them struggle against the quality of Portugal. With that in mind, handing the armband to Ronaldo, could prove a shrewd option despite his high cost, the 37-year-old having already scored once across the tournament.

Germany’s World Cup hopes are hanging by a thread and at one stage of Matchday 2, it looked like they were on their way out, trailing by a goal to nil against Spain. However, Hansi Flick’s side showed their bottle and Jamal Musiala ($8.0m) showed his undoubted quality. After missing a golden chance to equalise himself, the 19-year-old set up Niclas Fullkrug to pull Germany level and keep alive their chances of knockout qualification. The assist helped Musiala gain 5 fantasy points from Matchday 2.

Costa Rica are the opponents for Germany on Matchday 3, who are right in the mix for qualification themselves after beating Japan by a goal to nil. However, one can’t escape the fact that they shipped seven goals against Spain and a German side at their best are more than capable of carving out plenty of goalscoring opportunities against them. Musiala, who is the fourth highest-owned World Cup fantasy midfielder as the time of writing has been unfortunate not to gain more attacking returns across the competition so far and is worthy of inclusion in the captaincy debate.

After two appearances off the bench for Netherlands across this World Cup so far, Louis van Gaal may well be set to unleash Memphis Depay ($8.5m) from the start against Qatar on Matchday 3. The tournament hosts have already been eliminated from the competition, having their two group games played, conceding five goals in the process. Qatar’s backline has looked fragile to put it mildly and a side of Netherlands’ class will be expected to rack up a few goals here as they look to secure top spot in Group A.

🎙️ Memphis Depay: "Hopefully I'll start against Qatar. Play 90 minutes? We'd have to see how I do during the game, but yes, I think I'm capable of playing 90 minutes." [espn] 🇳🇱 https://t.co/sR3WgHPxsI

Depay already has one attacking return to his name, despite having not starting a match, assisting Netherlands’ second goal against Senegal on Matchday 1. He is a key part of the Dutch attack and Van Gaal is more than likely to want him having at least one start under his belt ahead of the knockout stage. As a result of his lack of game-time, Depay has gone under the World Cup fantasy radar, so those managers who bring him in on Matchday 3 with a view to captaining him against Qatar could benefit hugely.