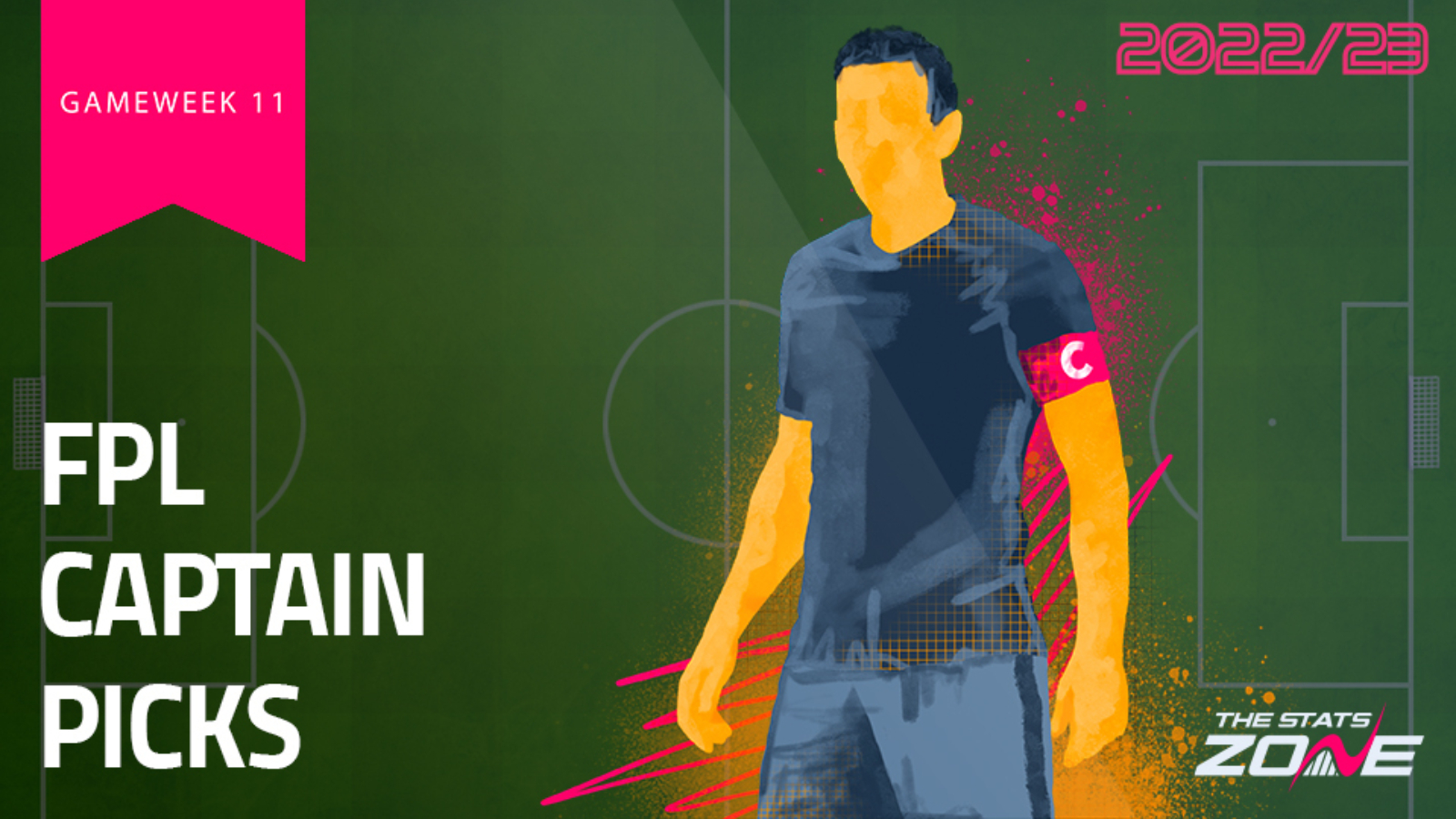 The vast majority of FPL managers were hoping for a monster haul from Erling Haaland (£12.2m) in Gameweek 10 and whilst the Norwegian did find the net, he picked up just 6 points in Man City’s dominant 4-0 victory over Southampton. Those who took our advice and handed the armband to one of the four players recommended in our most recent captain picks article will have been fairly satisfied. Alongside Haaland, both Harry Kane (£11.4m) and Phil Foden (£8.2m) also found the net, gaining 7 and 11 FPL points respectively, whilst our different selection Jarrod Bowen (£8.1m) made it two goals in as many games as West Ham defeated Fulham by three goals to one.

People still don’t know how good a pick Bowen is

Following another round of Champions League fixtures in midweek, we dive straight into Gameweek 11 and once again we’ve lined up three premium captain picks for you to ponder over, alongside another differential selection ahead of Friday’s 18:30 deadline.

After having gone three Premier League matches without a goal, Arsenal’s Gabriel Martinelli (£6.6m) was back on the scoresheet in Gameweek 10 as the Gunners shot down Liverpool 3-2 at Emirates Stadium. Martinelli’s goal and assist in a Player of the Match performance was enough for him to pick up 12 FPL points, rewarding his significant ownership which currently sits just above 46%.

A goal and assist from Gabriel Martinelli (£6.6m) takes him up to 7️⃣ attacking returns for the season Only De Bruyne and Foden have more among midfielders 🌟 #FPL #ARSLIV https://t.co/UGVt3vO36C

Against a Leeds side who have accrued just one clean sheet so far this season in the Premier League, Martinelli will confident of finding the net at Elland Road, a ground on which he scored a brace in 2021-22. When taking into account his high ownership, making Martinelli your FPL skipper may well prove a shrewd move to get ahead of the curve.

Although Erling Haaland may not have gained the monster haul FPL managers would have wanted from him last weekend, he did extend his goalscoring tally to 15 goals in nine Premier League appearances since joining the club. He also became the first player to pass 100 FPL points for the season so far in Gameweek 10 and his overall score of 102 points is way more than any other asset, with Harry Kane’s 63 points the second-highest score.

Seeing Liverpool against a semi decent team like Arsenal has convinced me 100% to Captain Haaland.

Whilst on paper, an away trip to Liverpool appears a formidable opponent for Haaland, who failed to get on the scoresheet against the Reds in August’s Community Shield. However, the reality is that Liverpool defence all season has been extremely poor and Jurgen Klopp’s side come into this game on the back of shipping three goals in each of their last two Premier League fixtures. If the hosts defend as badly as they did at the Emirates Stadium this past Sunday, this Haaland should once again find himself in among the points.

The last time Heung-Min Son (£11.7m) stepped onto the pitch as Tottenham Hotspur Stadium in a Premier League fixture, it was as a substitute against Leicester in Gameweek 8. He left the pitch with the matchball, having bagged an incredible hat-trick and 19 FPL points to boot in a 6-2 victory for Spurs. Since then, Son has added an assist to his collection, setting up Harry Kane’s winner in Gameweek 10 away at Brighton.

Everton are the visitors to North London in Gameweek 11, a match in which Son will be hoping to add to his 27 FPL points accumulated over the past three gameweeks. This same fixture last season saw Spurs thrash the Toffees 5-0 with Son getting on the scoresheet. With this being a crucial match for the hosts, the contribution of Son will be vital and handing him the armband is well worth consideration.

Before his untimely shoulder injury suffered in midway through the first-half in Gameweek 5, Rodrigo (£6.3m) had proven one of the most in-demand assets across the entire FPL player-base after an electric start to the season in front of goal. Despite being classed as a midfielder, the Spaniard had been playing as a striker for Leeds and reaping the rewards, racking up four goals, an assist and 36 FPL points prior to Gameweek 5.

Since returning to action in Gameweek 9, Rodrigo has looked threatening but as of yet has not picked up any further attacking returns. That could change in Gameweek 11 against Arsenal at Elland Road. The way he is playing suggests that future goals may be just around the corner. Many of our differential captaincy options this season have paid off and it would be no surprise if Rodrigo was another success story.