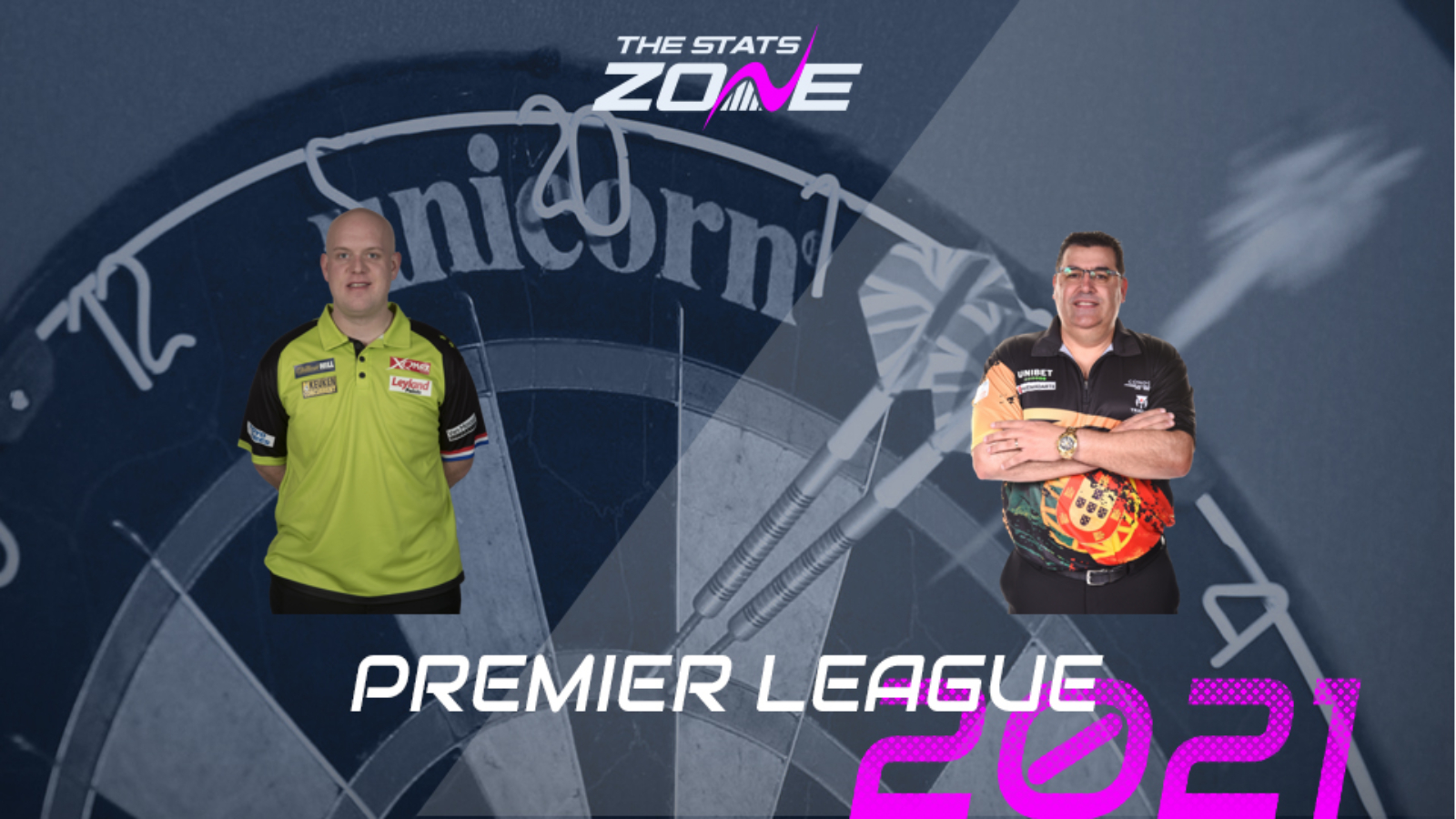 Where can I get tickets for Michael van Gerwen vs Jose de Sousa? This event will be played behind closed doors

Where can I stream Michael van Gerwen vs Jose de Sousa? Sky Sports subscribers can stream the match via Sky Go

What was the score in the last meeting? Michael van Gerwen won 10-9

Jose de Sousa’s 7-4 victory over Glen Durrant last night saw him become the first player to win three consecutive games in this year’s Premier League campaign and he is very much in the play-off hunt right now. Just a point ahead of him in the table, Van Gerwen had to settle for a point against old rival Gary Anderson last night but it was a much improved display on what we saw from him on Monday evening. There is a massive difference in their 180-hitting in the tournament so far with De Sousa landing 36 maximums – more than any other competitor – while Van Gerwen sits on just 12, with only struggling Glen Durrant hitting fewer. Therefore, backing De Sousa to hit the most in this match looks a fairly safe bet.