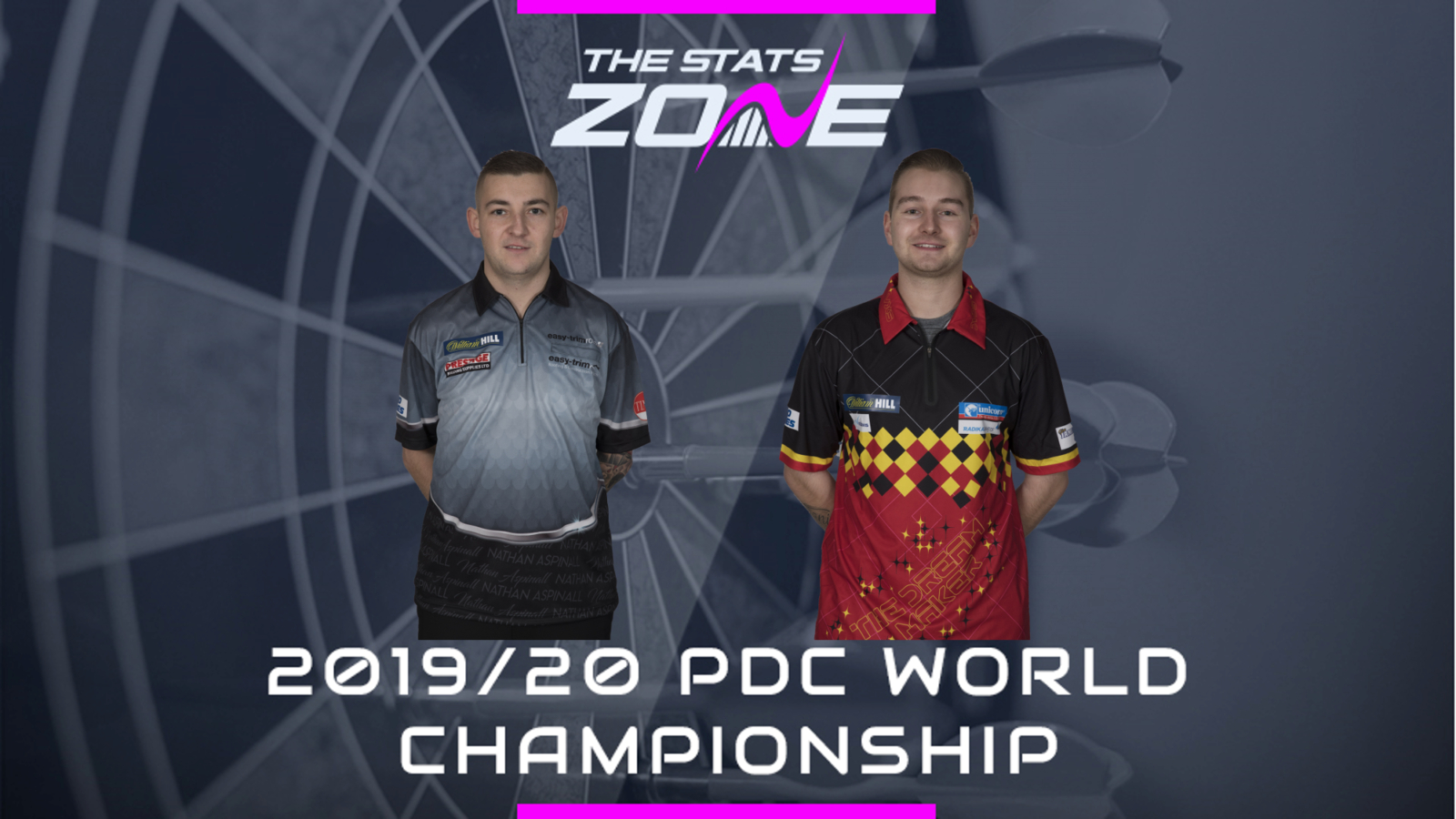 Where can I stream Nathan Aspinall vs Dimitri Van den Bergh? Sky Sports subscribers can stream the match online via Sky Go

Where can I get tickets for Nathan Aspinall vs Dimitri Van den Bergh? https://www.pdc.tv/william-hill-world-darts-championship-tickets

What was the outcome in the last meeting? Nathan Aspinall beat Dimitri Van den Bergh 6-3 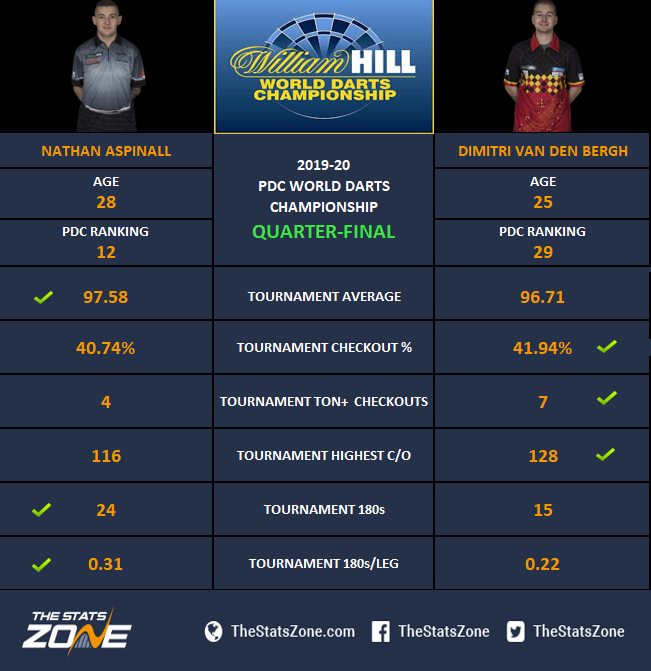 Nathan Aspinall has already proved that his run to the semi-finals here last year was no fluke and he further demonstrated his quality by ousting Gary Anderson in the last 16 to go within one step of equalling his achievement from 12 months ago. Dimitri Van den Bergh is no stranger to this stage of the tournament and he is capable of exceptional performances, but his level of consistency is not at the same standard as Aspinall’s and this could be the decisive factor. Aspinall to win 5-3 is the prediction and Aspinall to hit the most 180s is also tipped.