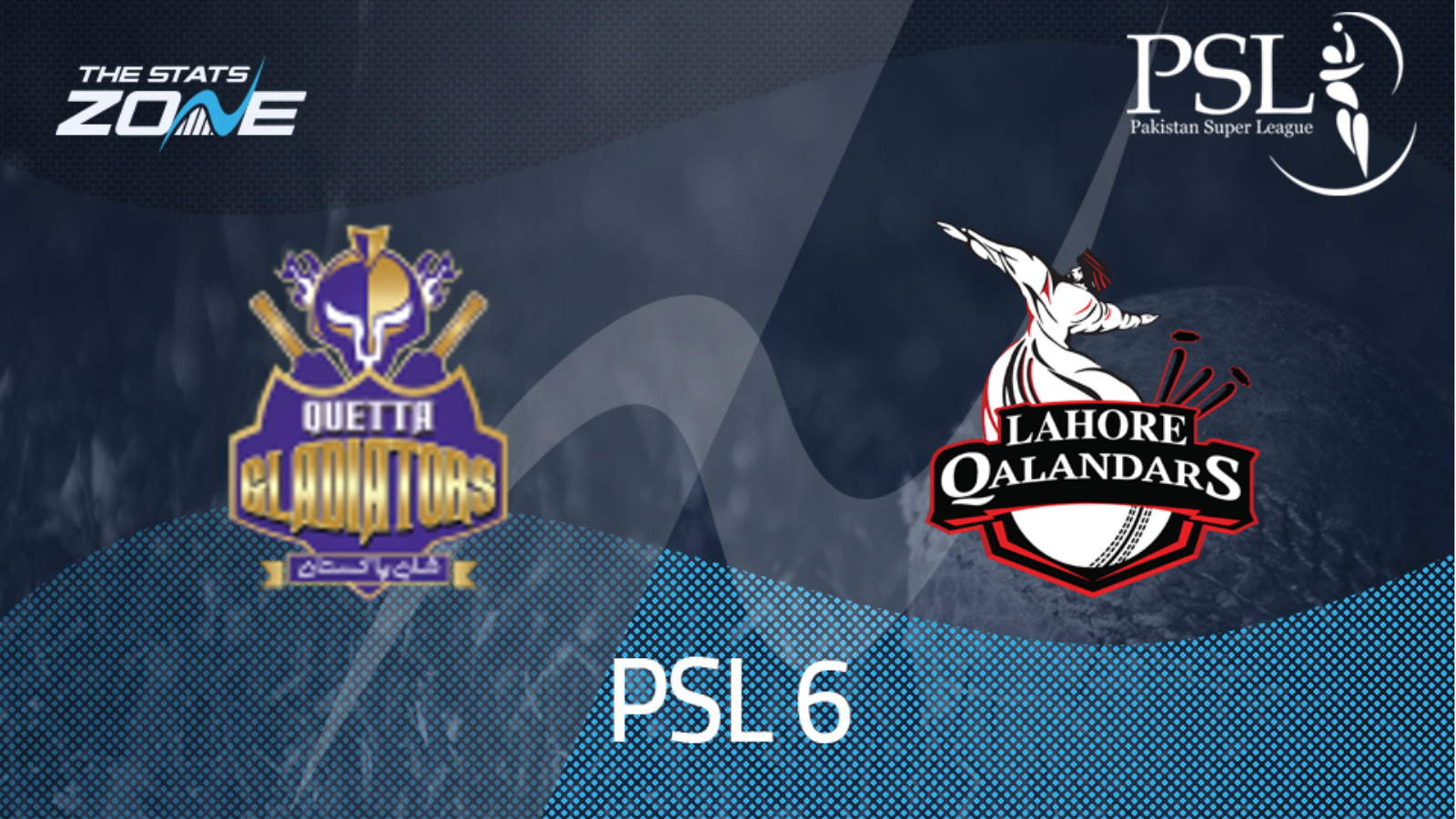 Where can I get tickets for Quetta Gladiators vs Lahore Qalandars? No tickets are available as this match will take place without spectators

What channel is Quetta Gladiators vs Lahore Qalandars on? This match will be televised live in the UK on Sky Sports Cricket

Where can I stream Quetta Gladiators vs Lahore Qalandars? Sky Sports subscribers can stream the match live via the Sky Go app

With just two points to their name in this year’s Pakistan Super League, Quetta Gladiators’ hopes of finishing inside the top four are disappearing fast. Things don’t look like improving for them here against arguably the strongest bowling attack in the competition. Lahore Qalandars will know that regardless of whether they bat or field first, their bowling unit with the likes of spin-bowler Rashid Khan and left-arm fast bowler Shaheen Afridi will always restrict the opposition to a moderate total. So, providing the Lahore Qalandars batting order does not collapse in the same way they did against Islamabad United once the openers are dismissed, then Sohail Akhtar’s side should pick up the victory here.