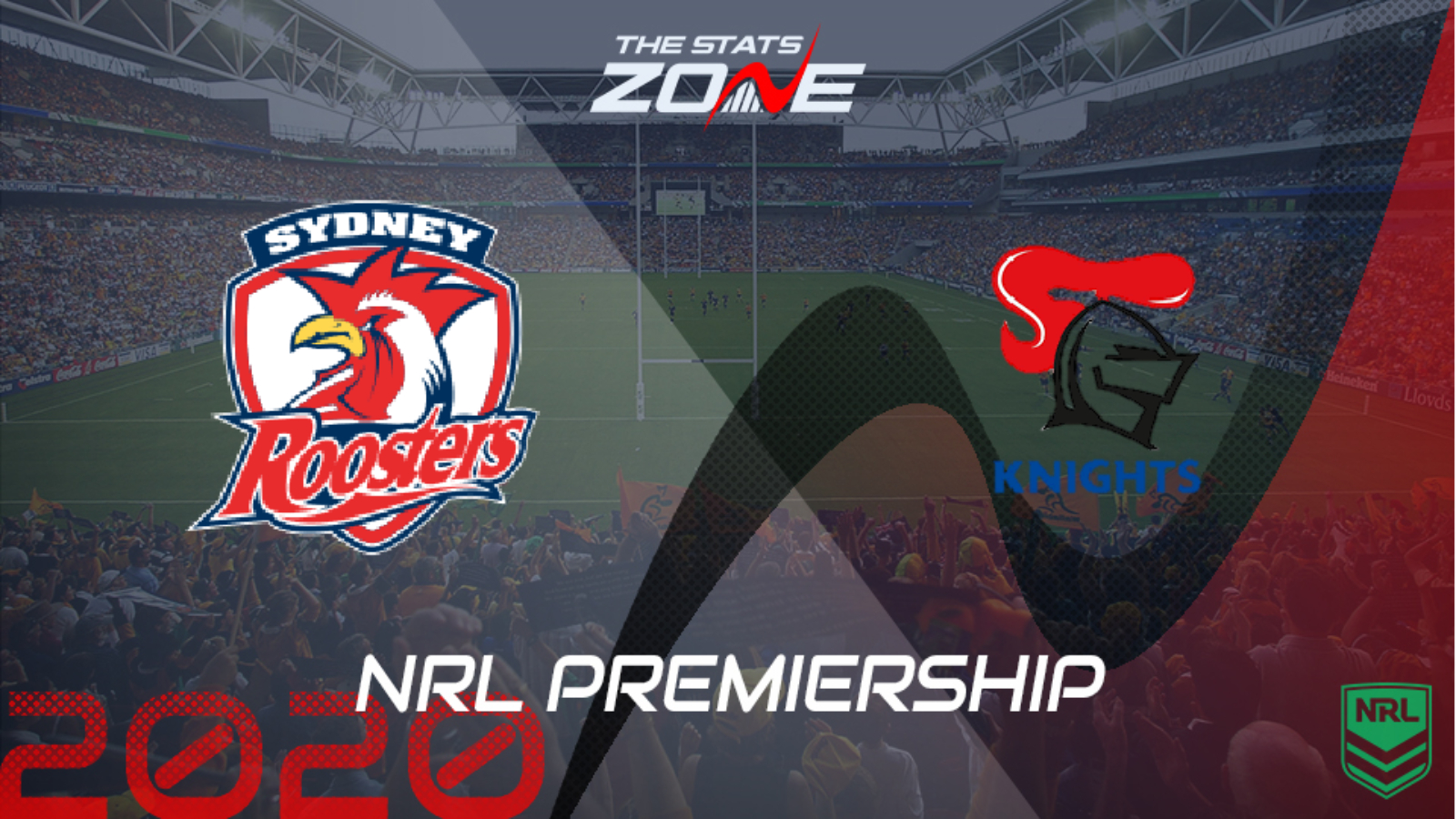 What is the expected weather for Sydney Roosters vs Newcastle Knights? 18c, clear skies

What channel is Sydney Roosters vs Newcastle Knights on? Sky Sports Arena will be televising selected NRL games in the UK and you can find their schedule here. For Australian broadcasters, you can find a list here

Where can I stream Sydney Roosters vs Newcastle Knights? If televised on Sky Sports, then subscribers will be able to stream the match live via Sky Go. Alternatively, the match will be available to subscribers of Watch NRL

Where can I get tickets for Sydney Roosters vs Newcastle Knights? Click here for ticket information on 2020 NRL matches

Sydney Roosters showed some good signs in their win over Canberra Raiders last week as they defending premiers go in search of a three-peat. They will look to take another step towards securing their spot in the top four as they take on a Newcastle Knights side that will also compete in the finals after they earned their place thanks to last week’s win over Cronulla Sharks. However, the Knights have rested a couple of key men for this and with Kalyn Ponga’s class missing at fullback, the Roosters should be able to earn a comfortable win as they build towards the finals with the Tricolours able to win by at least 18 points on home soil.