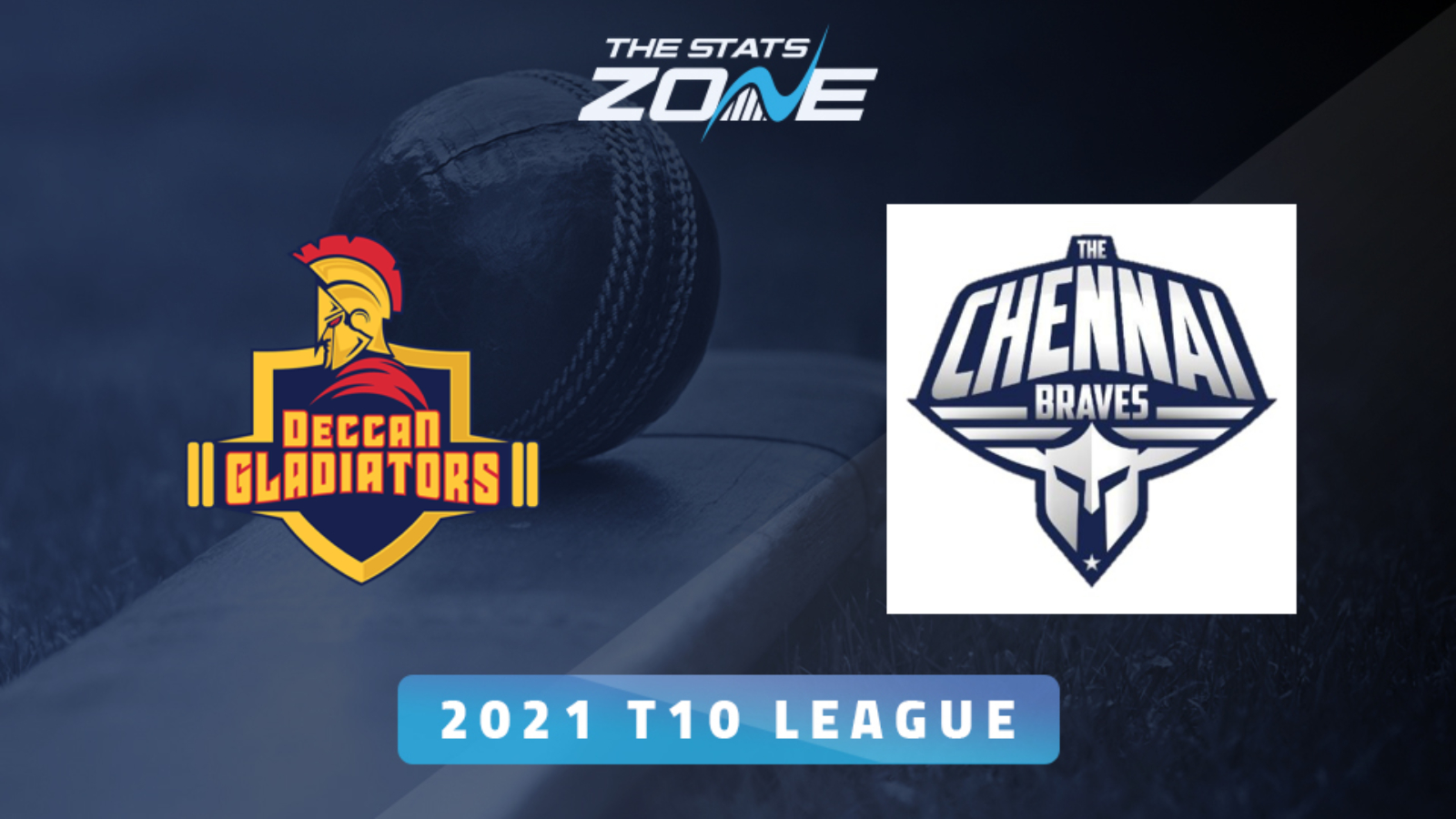 What is the expected weather for Deccan Gladiators vs The Chennai Braves? 25-27c with clear skies and light winds

It has been a simply miserable competition so far for The Chennai Braves, who find themselves rock bottom of the table with five defeats from five, In a tournament like this one with such a short timespan you cannot afford to get behind the eight-ball early on, which The Chennai Braves have unfortunately done. Momentum and confidence will both be low within the camp, each of which are difficult to regain with the games coming thick and fast.

Deccan Gladiators may be on the back of a loss at the hands of Bangla Tigers, but have bounced back from defeat previously and are more than capable of doing so again. With a strong top order batting unit, the Gladiators should thrive against a Chennai bowling attack who have been taken to the cleaners in recent matches, leading ultimately to a comfortably Deccan Gladiators win in this one.