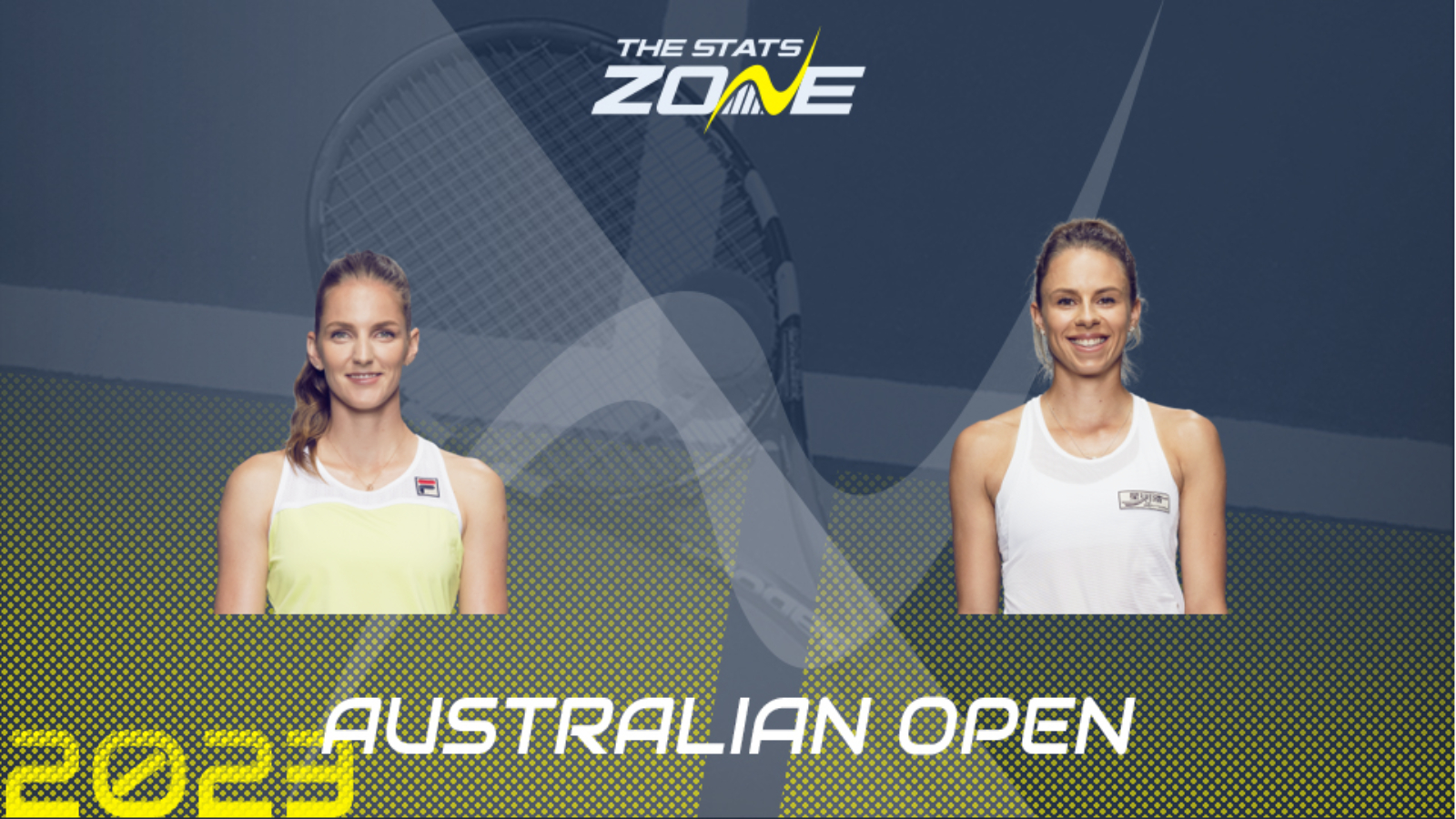 Former world number one Karolina Pliskova is yet to drop a set at the Australian Open after conceding just four games to Shuai Zhang on Monday. The 30-year-old has been a Grand Slam runner-up on two occasions, losing to Angelique Kerber at the US Open in 2016 and more recently to Ash Barty at Wimbledon in 2021. This is the Czech’s fourth quarter-final at the Australian Open, with her run to the semi-finals in 2019 her best showing to date.

30-year-old Magda Linette made full use of a poor performance from world number four Caroline Garcia to reach the quarter-finals of a Grand Slam for the first time in her career. Linette has been enjoying some of the form of her life in recent months, stunning both Madison Keys and next opponent Pliskova at the Billie Jean King Cup last November before being Poland’s secret weapon at the United Cup earlier this month. The Pole will break the top 30 on tour for the first time no matter the outcome here.

Magda Linette beat Karolina Pliskova in comfortable straight sets at the Billie Jean King Cup Finals last November but that was the Poel’s first tour-level victory in a 5-1 head-to-head record at tour-level that does not bode well for the Pole. Former world number one Pliskova has travelled so far under the radar even she may be shocked to find herself suddenly at the business-end of the tournament but the Czech looks in powerful form right now having seen her world-class serve broken just three times so far in Melbourne. A tight three-setter between the two in the first round of the US Open last summer just-about went Pliskova’s way but the Czech has her eye in now and this is likely to be more similar to her first four straight-set wins. Back Pliskova to win outright, considering how well Linette has played, but she should be able to take this in two.