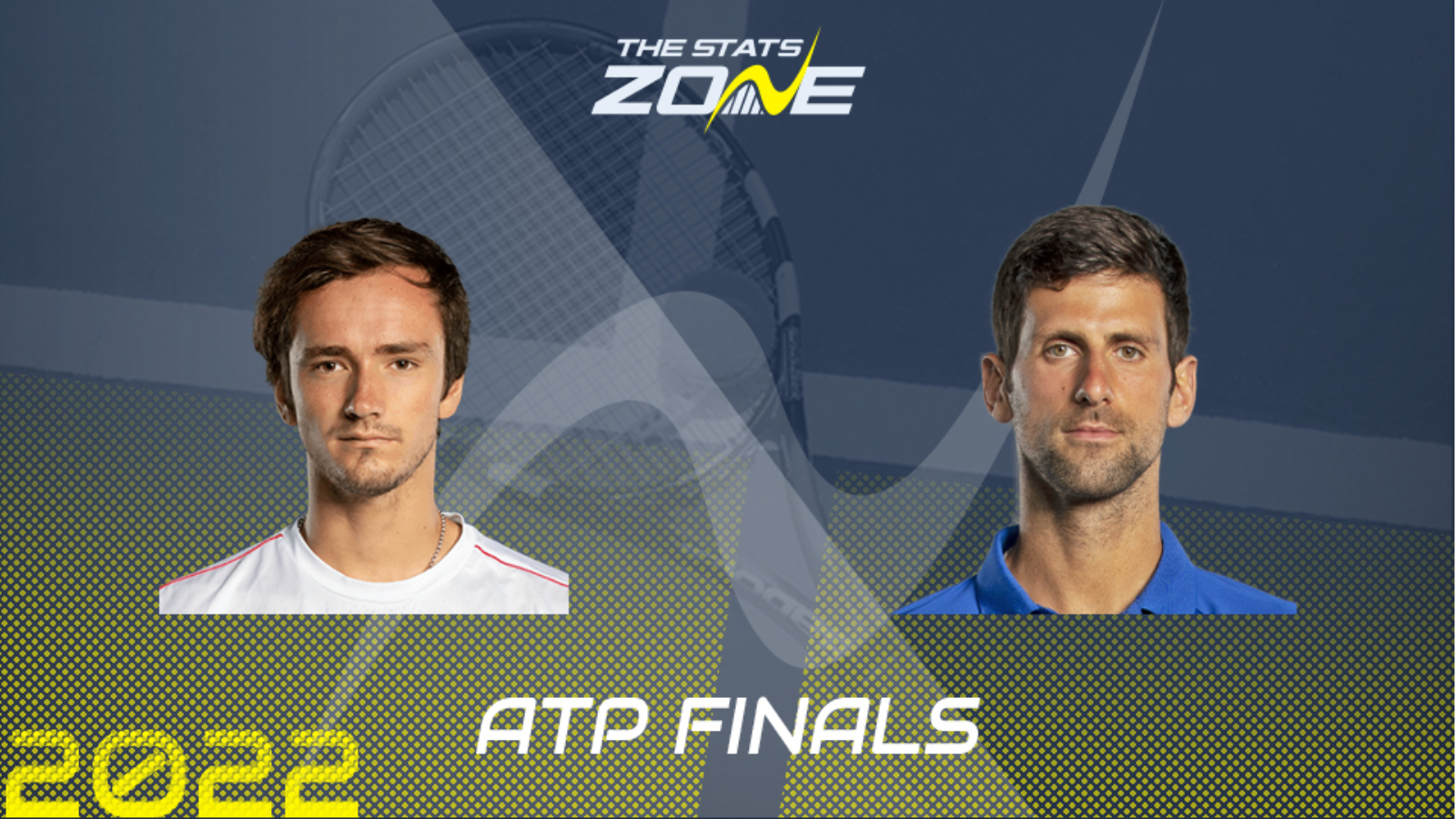 World number five Daniil Medvedev was eliminated from the ATP Finals group stages by an inspired Stefanos Tsitsipas on Wednesday night, losing a three-set thriller to the Greek to follow up a defeat from a set up to Andrey Rublev on Monday. The 26-year-old won the ATP Finals back in 2020 and surpassed that achievement by claiming a first Grand Slam title at the US Open last year but he has struggled to find his very top gear this season since finishing runner-up at the Australian Open to Rafael Nadal.

Former world number one Novak Djokovic can climb as high as world number five if he wins all five matches at the ATP Finals and points will motivate him here having already reached the semi-finals with a match to spare. The 35-year-old is yet to drop a set in Turin with two assured displays against Stefanos Tsitsipas and Andrey Rublev taking him within two matches of tying Roger Federer’s titles record of six at the year-end tournament. Djokovic has been cleared to play at the Australian Open in January, where he holds the Men’s singles record with nine titles.

Whilst this match is a dead rubber in terms of progression, a clean sweep in Turin will certainly motivate Novak Djokovic. Similarly, Daniil Medvedev will be feeling two lengthy battles with Rublev and Tsitsipas in his legs and the Russian can be forgiven for turning his attention to the incoming break after only recently welcoming a new child. Matches between these two almost always deliver blockbuster tennis but Djokovic leads 7-4 having claimed three of their last four meetings over the past two years. Since Medvedev’s evolution in late 2019, Djokovic has won two of their three indoors encounters including their most recent battle at the Astana Open back in October and he looks a fair favourite here with a streak to protect. Take Djokovic to win outright, probably in two.