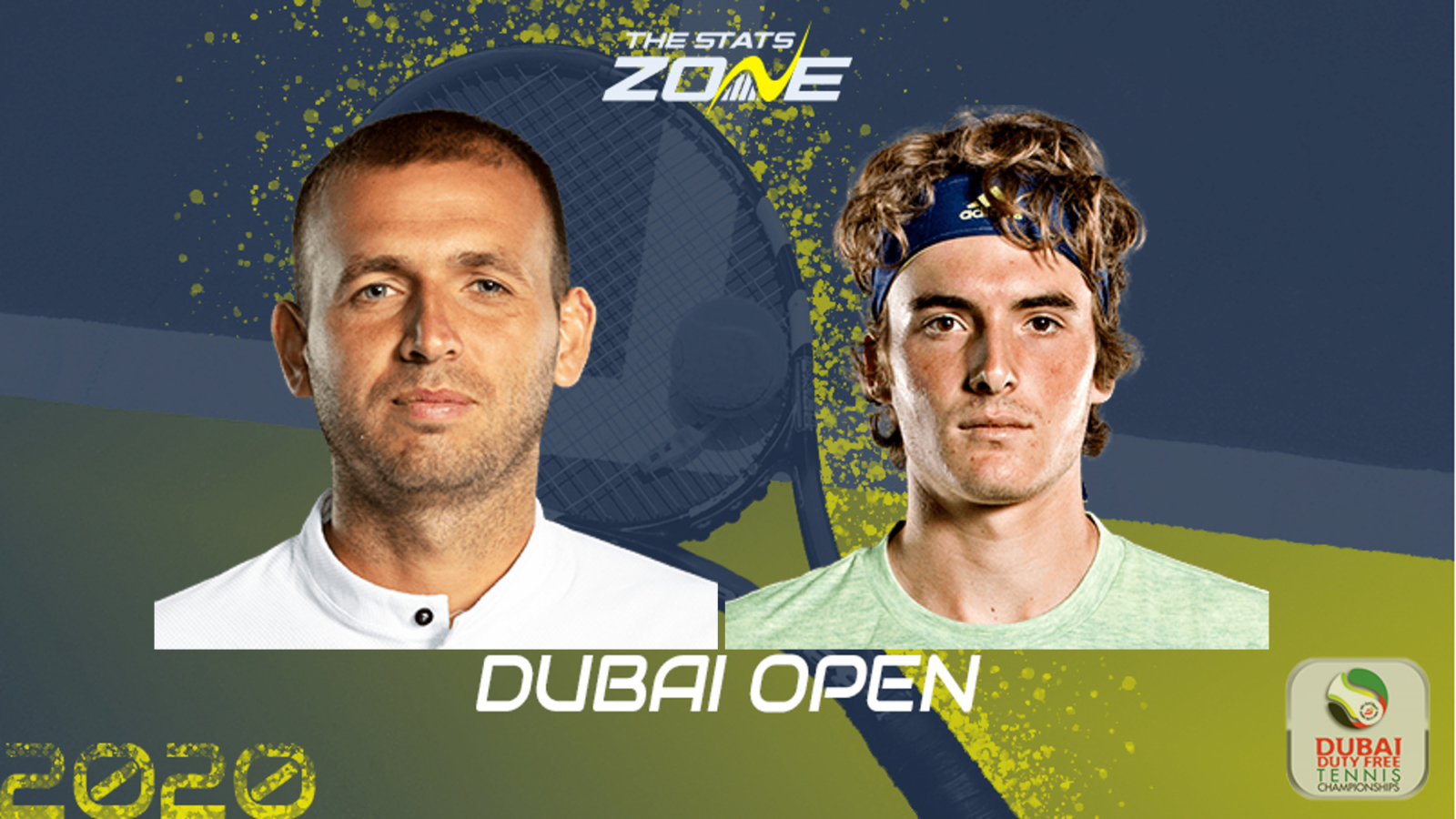 What is the expected weather for Dan Evans vs Stefanos Tsitsipas? Sunny, 24c

What channel is Dan Evans vs Stefanos Tsitsipas on? This match will not be televised live in the UK

Where can I stream Dan Evans vs Stefanos Tsitsipas in the UK? Amazon Prime or Tennis TV subscribers may be able to stream the match

Where can I get tickets for Dan Evans vs Stefanos Tsitsipas? Click here to purchase tickets for the 2020 Dubai Open

Who won the last meeting between Dan Evans vs Stefanos Tsitsipas? N/A

Dan Evans had reached the quarter-finals of all four ATP tour tournaments featured in this year, excluding the Australian Open, but played fantastically well against Andrey Rublev on Thursday to go one better. Meanwhile, Stefanos Tsitsipas turned it around against Jan-Lennard Struff to avoid a potential banana skin, but his reward is another in-form player with nothing to lose. Nobody expects Dan Evans to win this match, and the current British number one has all the tools and awkward weapons to cause his best ever upset on the big court at the Dubai Open here.

Tsitsipas is of course the favourite, and should be winning this match to go through to the final, but Evans’ ability to out-think certain elite players – like Rublev on Wednesday – should be in full view in front a big crowd. There is something in the way the 29-year-old has carried himself this week, and if he can play like he has against Alex de Minaur, David Goffin and now Rublev this year, he can shock the second seed out of this tournament.