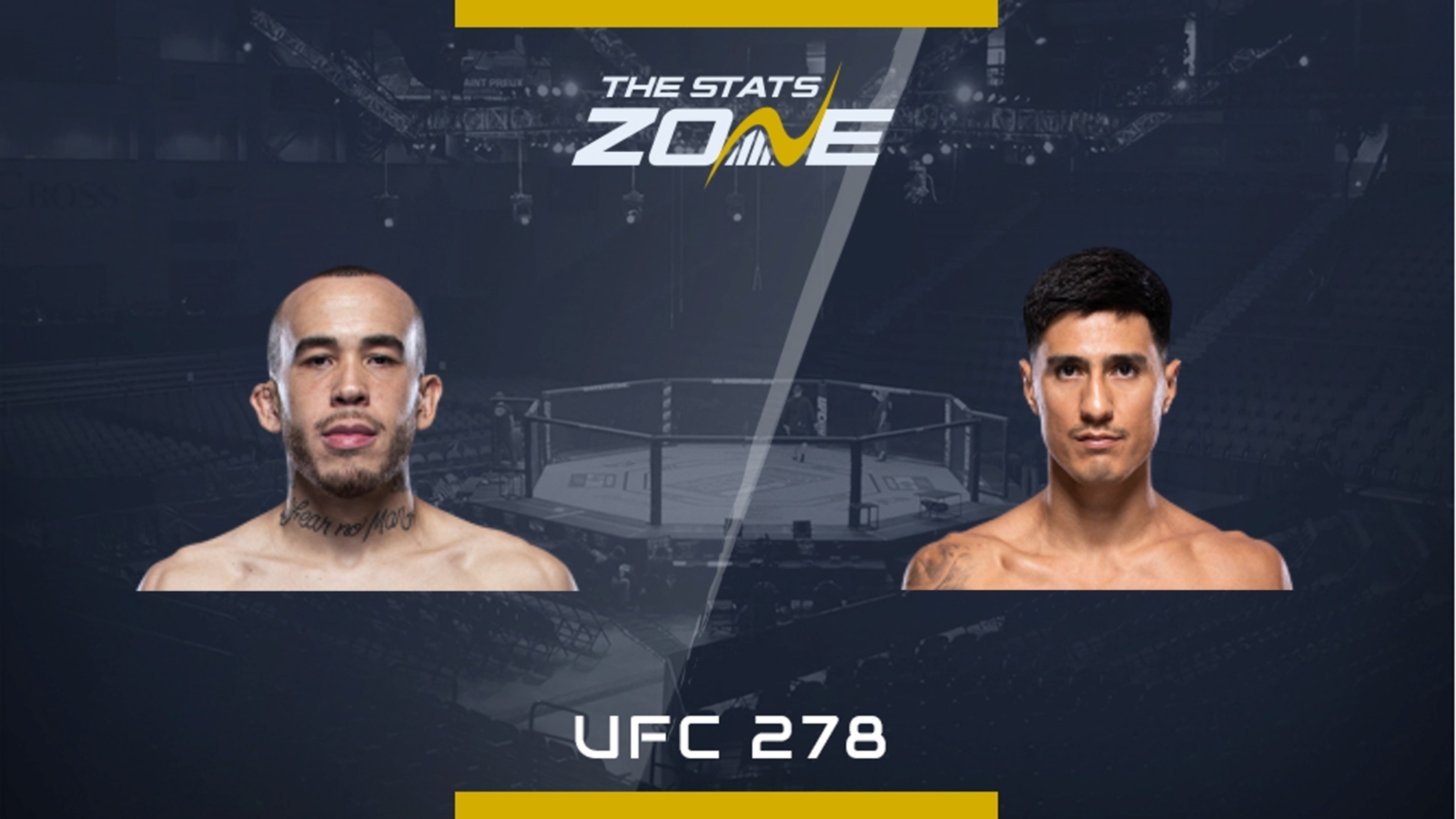 Sean Woodson (9-1) is starting to claw some stock back after Julian Erosa submitted him a couple years ago. He had just slept Terrance McKinney (2019) with a flying knee on the Contender series and earnt a unanimous decision over Kyle Bochniak (2019) on his debut. Now, he has responded to that derailing with two good wins – a split decision over Youssef Zalal (2021) and a vintage TKO over Collin Anglin (2021).

Luis Saldana (16-7) also got his chance after a brilliant knockout on the Contender Series. He TKO’d Vince Murdock and went on to earn a unanimous decision over Jordan Griffin (2021) on debut. However, Austin Lingo snapped the five-fight win streak with a unanimous decision of his own. Saldana replied in kind back in March outpointing Bruno Silva to set up this exciting match up.

Saldana is a big and long featherweight, but he will be giving up a five-inch reach and three-inch height advantage. There are not many welterweights that are 6’2” let alone at featherweight, but what makes Woodson so dangerous is that he has great technique.

He is a former Golden Gloves champion and has dangerous kicks firing from a distance. Saldana has five submissions in the bank, but he is also a good striker and will not be afraid to trade with the sniper. His ego could lose him this fight as Woodson can pick him apart and break him down with his rips to the body setting up a finish.