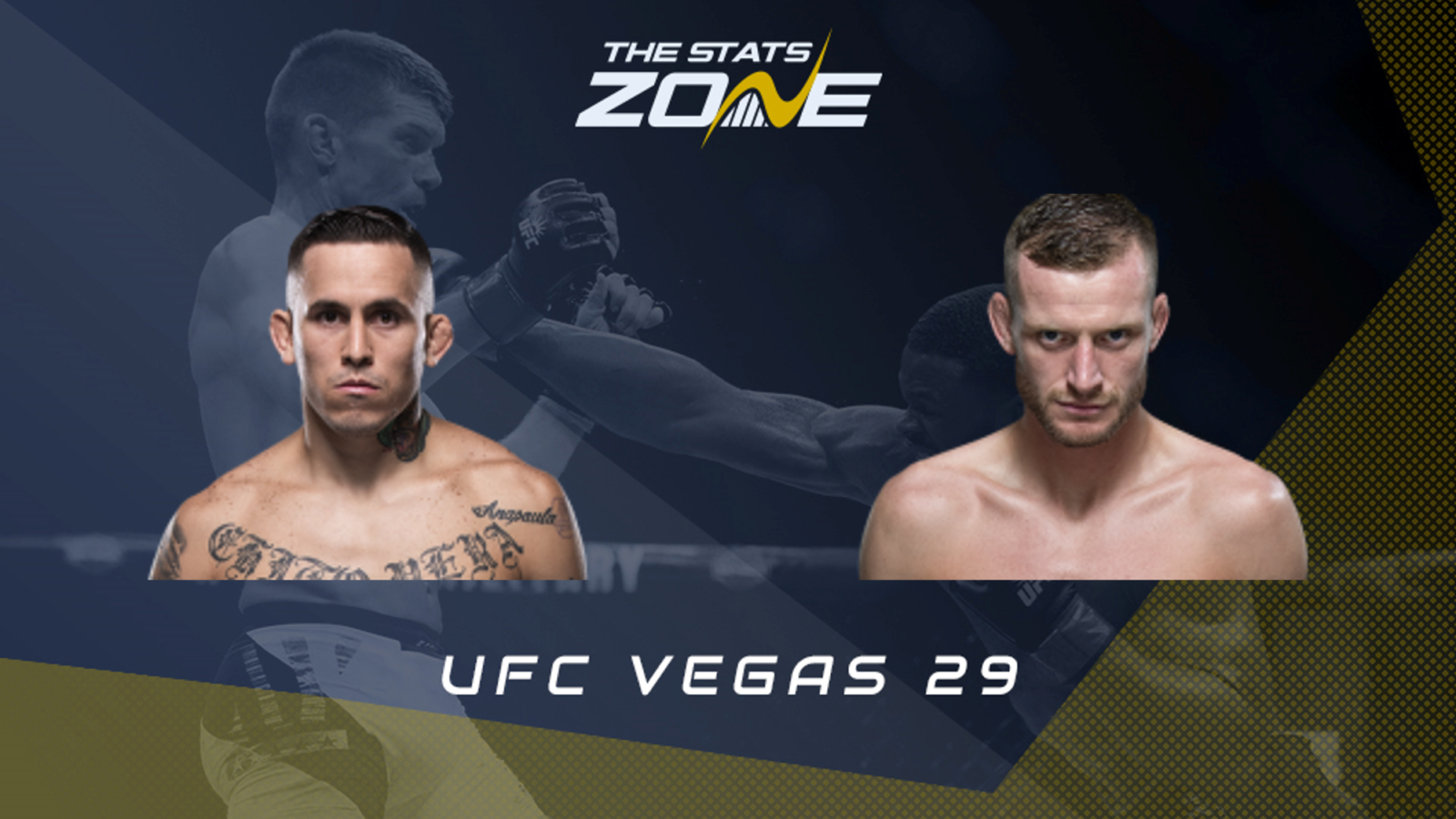 Marlon Vera (16-7-1) returns after his three-round tussle with the King of Rio – Jose Aldo back in December. It was his biggest test inside the octagon and put up a good fight but was ultimately outclassed in a unanimous decision. It came after his high-profile TKO over Sean O’Malley where he pinpointed a kick to the top of the calf, hitting a nerve a finishing the fight with his killer instinct. That was in response to another unanimous decision loss which was to Song Yadong although he was unlucky to not get a nod from one of the judges at least so the Ecuadorian is now 10-6 and still in his prime.

Davey Grant (13-4) seemed to have transformed into a knockout artist after lockdown. He had a tough start to his UFC career. After making it to the final of The Ultimate Fighter 18, he got submitted by Chris Holdsworth. That was all the way back in 2013 and it took him over two years to return suffering from a series of injuries. He met Vera for the first time on his comeback and pulled off a unanimous decision. However, he then went on to get submitted by Damian Stasiak and Manny Bermudez suffering from more injuries in between. He scraped past Grigorii Popov in a split decision before the pandemic hit in and returned to starch Martin Day and Jonathan Martinez.

Their first fight was over five years ago, and they have both improved since, but Vera has developed a lot further as Grant has battled injuries. Vera’s experience makes him the firm favourite to win the rematch and we are also backing him to seek vengeance.

Grant can easily cause the upset if he lands clean like he did on on Day and Martinez, but Vera should have too much class to make any mistakes. Like Grant, Vera is also a brilliant grappler so although this will be a competitive scrap with a mixture of striking and grappling, Vera should have the edge in every department and can win in a variety of ways.