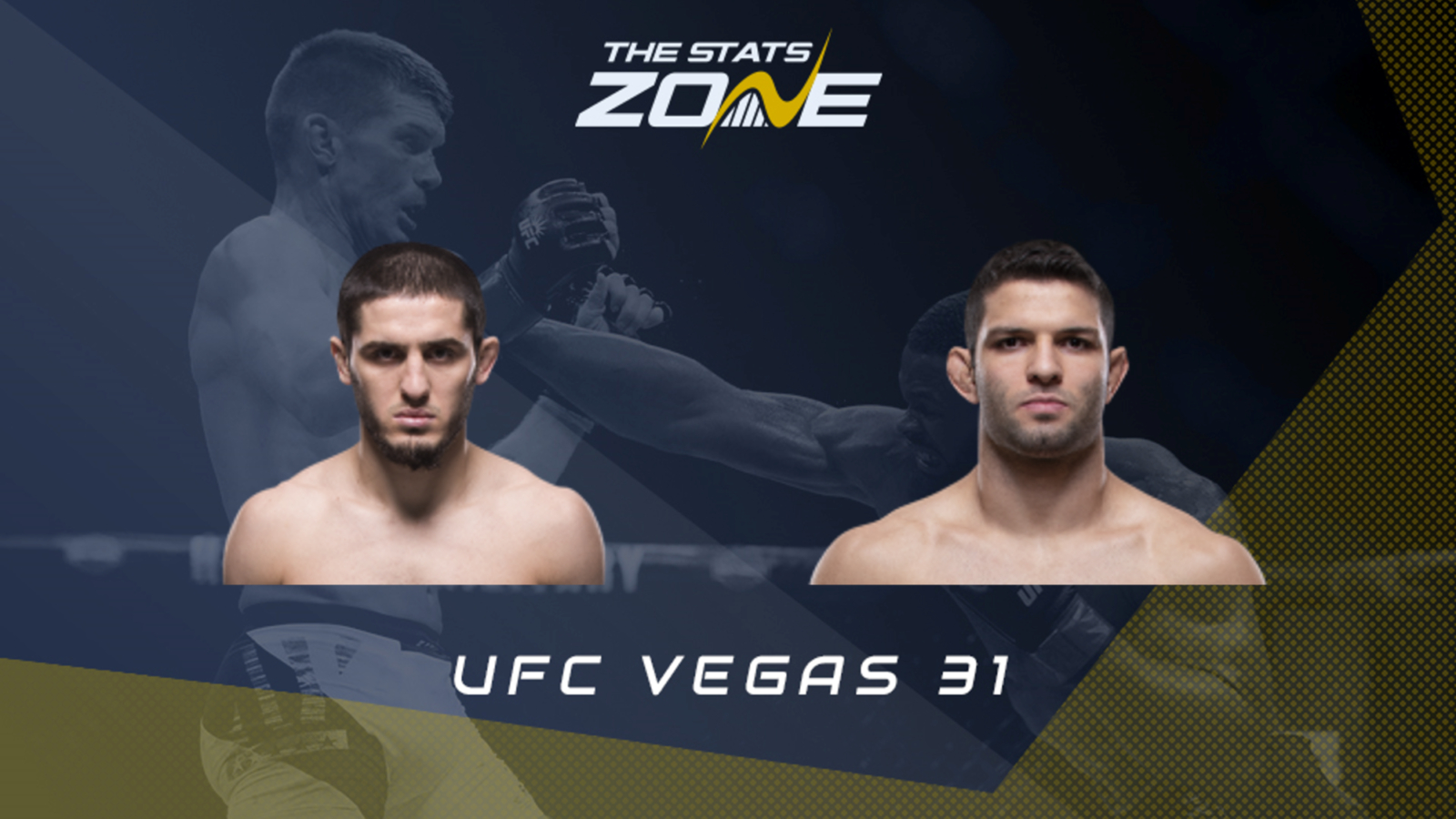 Islam Makhachev (19-1) is finally primed to take the torch from his close friend Khabib Nurmagomedov and dominate the lightweight division. His only setback came in his second UFC fight getting iced by Adriano Martins back in 2015. That loss and relative inactivity has kept a lid on the Khabib comparisons, but he is on a seven-fight win streak now and showing all the signs of a future champion. His knockout of Gleison Tibau in 2018 restored some hype and his grappling prowess has been in full display submitting Kajan Johnson before earning unanimous decisions over fellow elite grapplers Arman Tsarukyan and Davi Ramos. He then finally got a top ranked fighter in Drew Dober and Makhachev rose to the occasion with another submission.

Thiago Moises (15-4) has only had six fights but has fought a litter of monsters. He got paired with Beneil Dariush on his debut losing a unanimous decision, responded with a unanimous decision over Kurt Holobaugh but then got handed Damir Ismagulov. The matchups have still been tough, but he is now on a three-fight win streak submitting Michael Johnson and earning unanimous decisions over Bobby Green and most recently Alexander Hernandez in February.

This is odd matchmaking from the UFC as you would have thought Makhachev would have been given a higher ranked fighter after the Dober win. Moises is a top fighter and a high-level Brazilian jiu-jitsu black belt so he will give Makhachev something to think about on the floor.

We have seen similar matchmaking as Ramos is also a high-level black belt, but the Dagestani proved he is not just a grappler. He showed impeccable striking defence avoiding every bomb Ramos threw only absorbing seven of Ramos’ 58 strikes. Makhachev also peppered him with his jab and straight left hand in an all-round very classy showing.

Moises will hope Makhachev decides to stand and trade again as he should edge the exchanges on the feet. He will also back his jiu-jitsu if the fight goes to the floor however, it is tough to see Makhachev land in any trouble.

He could get clipped and rocked falling into a submission, but he looks to have filled those holes in his game and we expect him to stick with his wrestling and nullify the submission threat by keeping Moises on his back and raining down ground-and-pound to seal a decision.