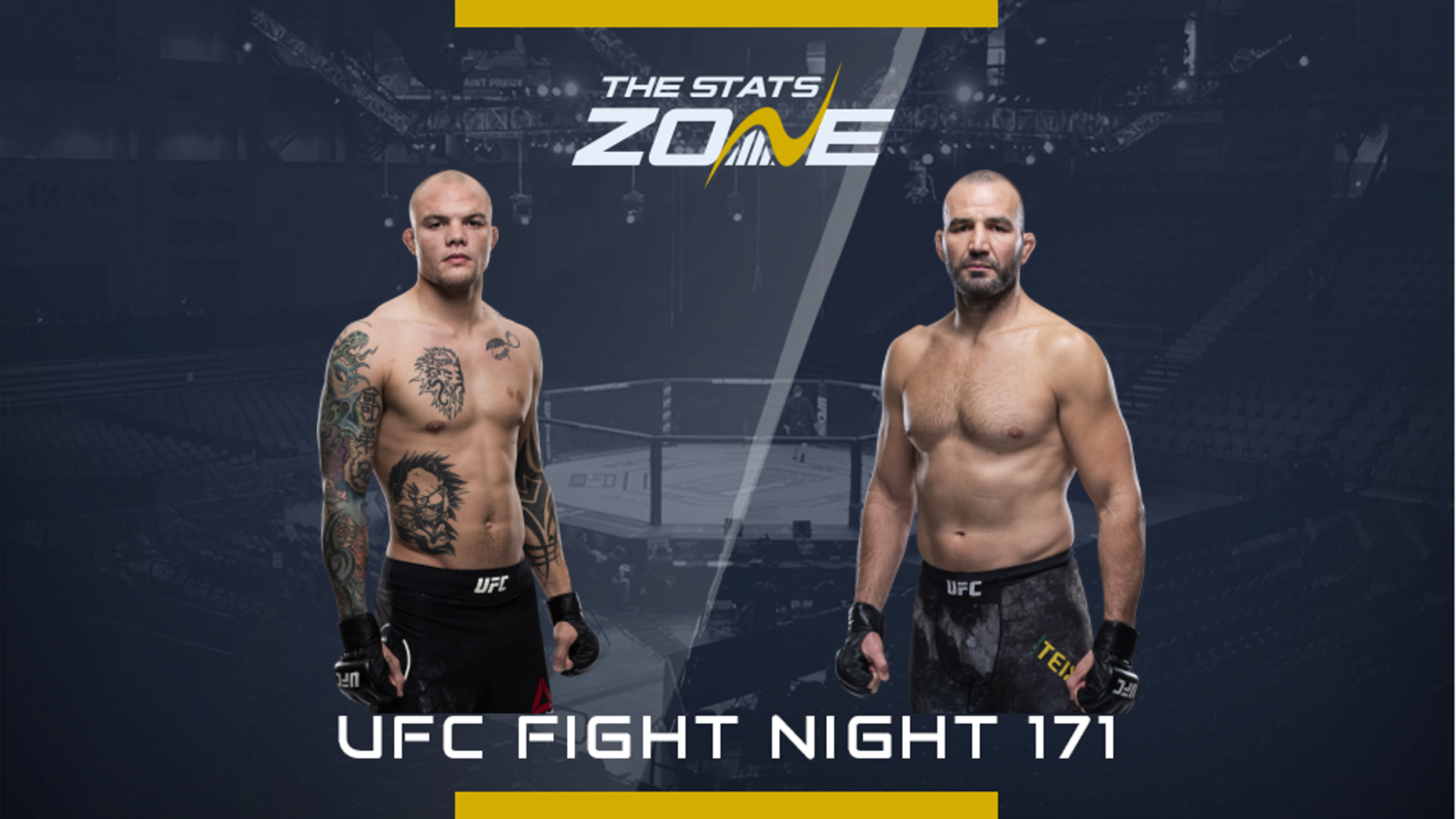 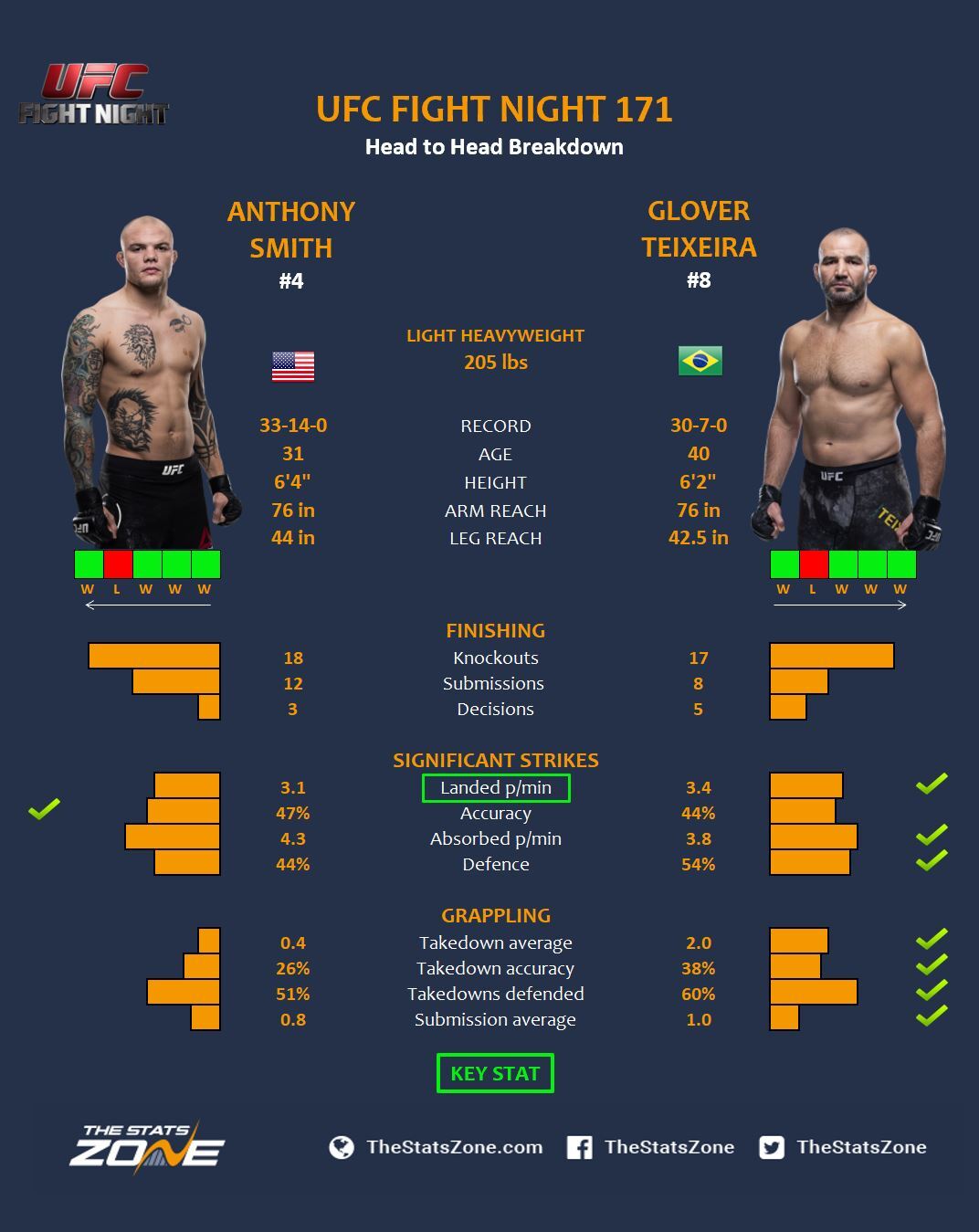 Fight Nights are back in the midst of a global pandemic as Anthony Smith takes on Glover Teixeira.

Smith has not fought for nearly a year although he has had a tune-up fight against a home intruder. In seriousness, it was a frightening encounter and he will feel better getting after it in the octagon. Last time out, he put on on arguably the best performance of his career against Alexander Gustafsson where he submitted him in the fourth round at UFC Fight 153 and effectively retired the Swede.

At the ripe old age of 40, Teixeira remains active as he looks to keep up his 2019 momentum where bagged three wins – two submissions over Karl Roberson and Ion Cutelaba and a split decision over Nikita Krylov back in September.

Two extremely tough fighters who rarely make a mistake are likely to put on a gritty battle. Although they are both natural finishers, their durability and experience could easily force this to the bell.

Smith will try and keep the fight at a distance and pick off Teixeira from range like Gustafsson did. However, he will not be deterred by the Brazilian’s clinch or going to the ground as he has some of the most underrated jiu-jitsu in the UFC. Wherever the fight goes, it should be fiercely competitive and, if a finish comes, it will be late.