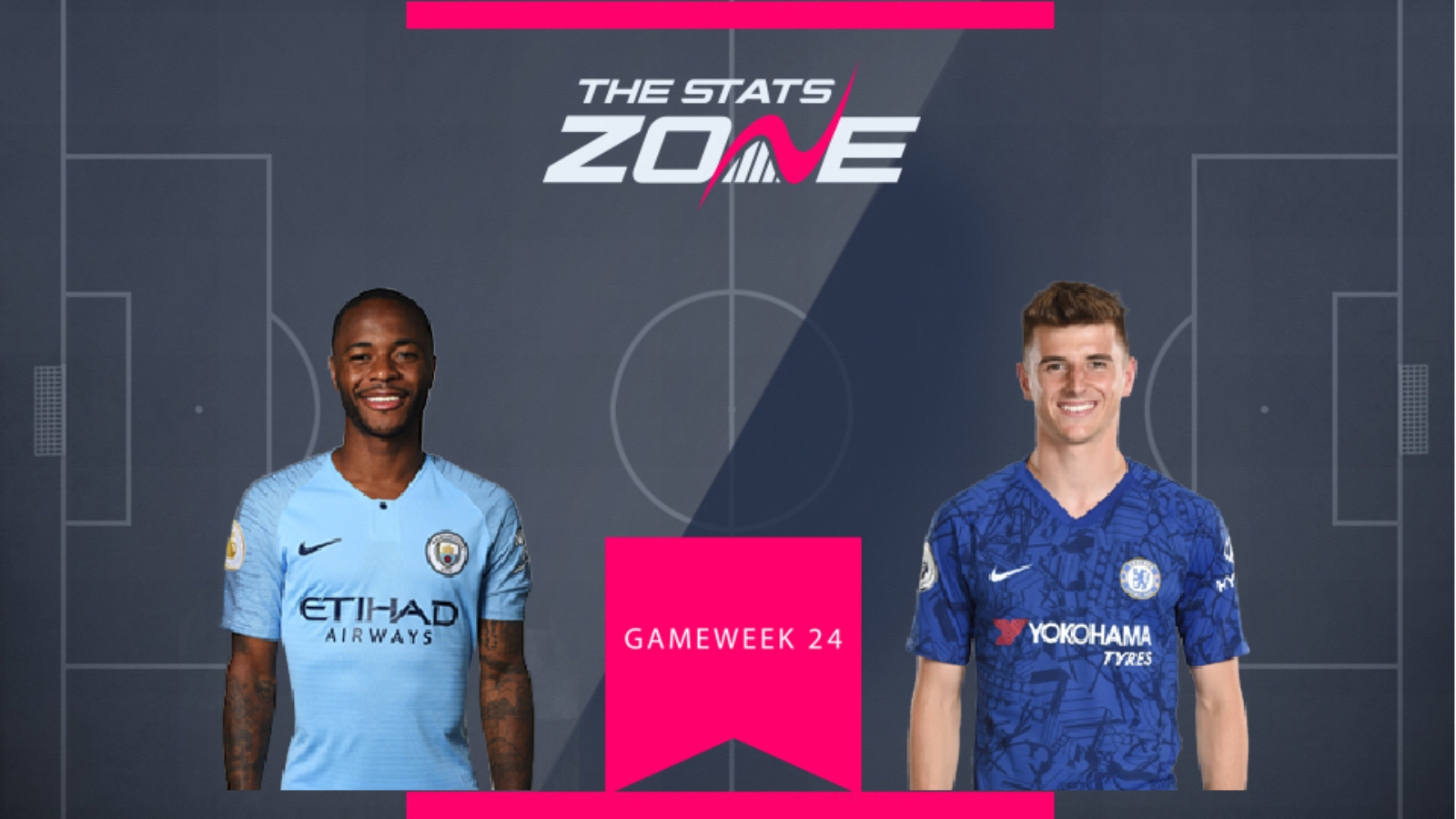 Neither Raheem Sterling (£11.7m) nor Mason Mount (£6.2m) have had the best of times recently and the England internationals will be eager to get back on track. Sterling returned to the Man City side after he was reduced to a late cameo in Gameweek 21 before failing to come off the bench in Gameweek 22 but was unable to have any impact as he managed to post just two appearance points.

Mount has now gone three matches without providing a goal or an assist and it is in fact nine games since his last goal. He was replaced on 67 minutes against Newcastle at the weekend after a poor display and his place in the side is likely to come under threat as a result which makes Sterling the obvious choice here. 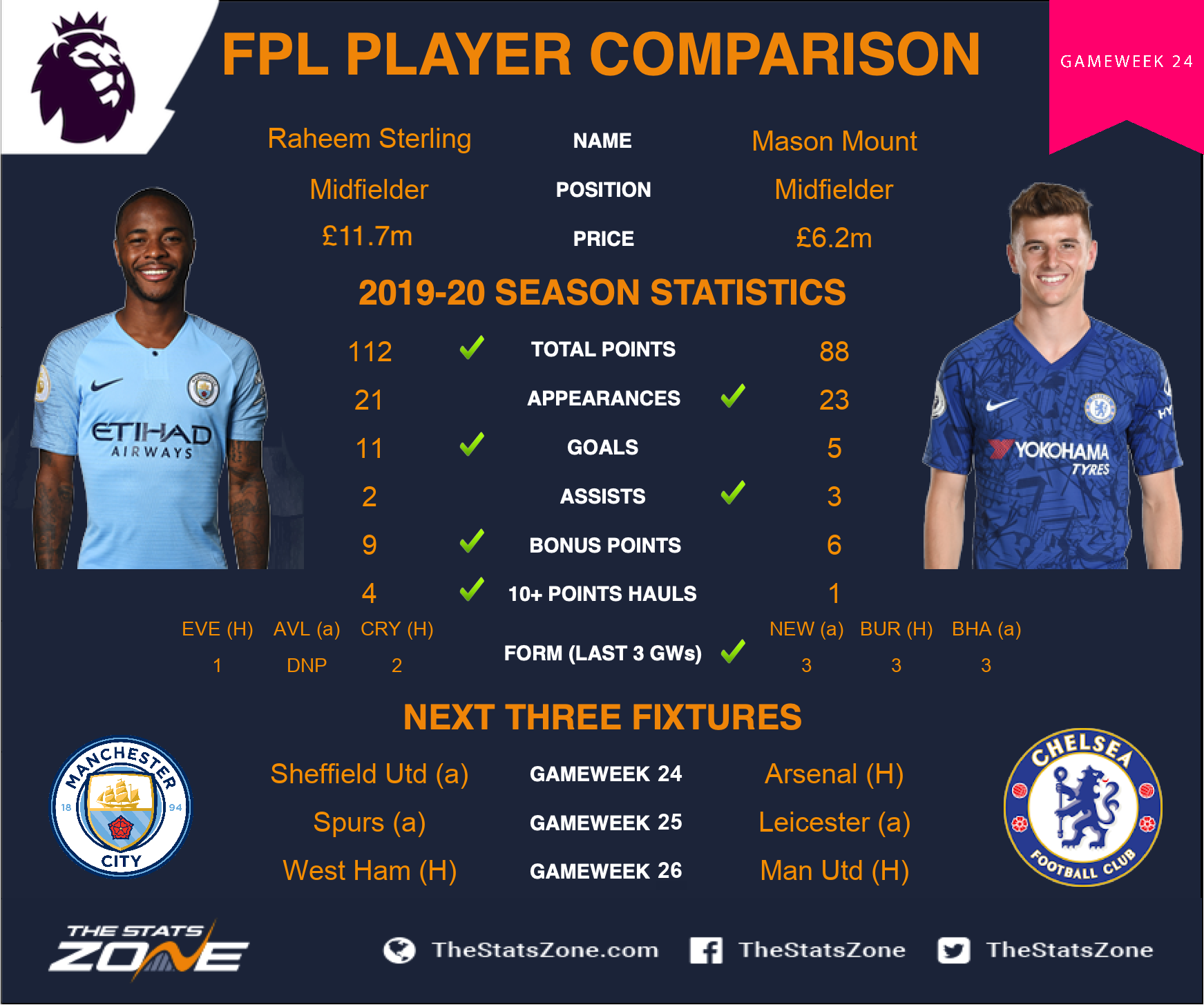