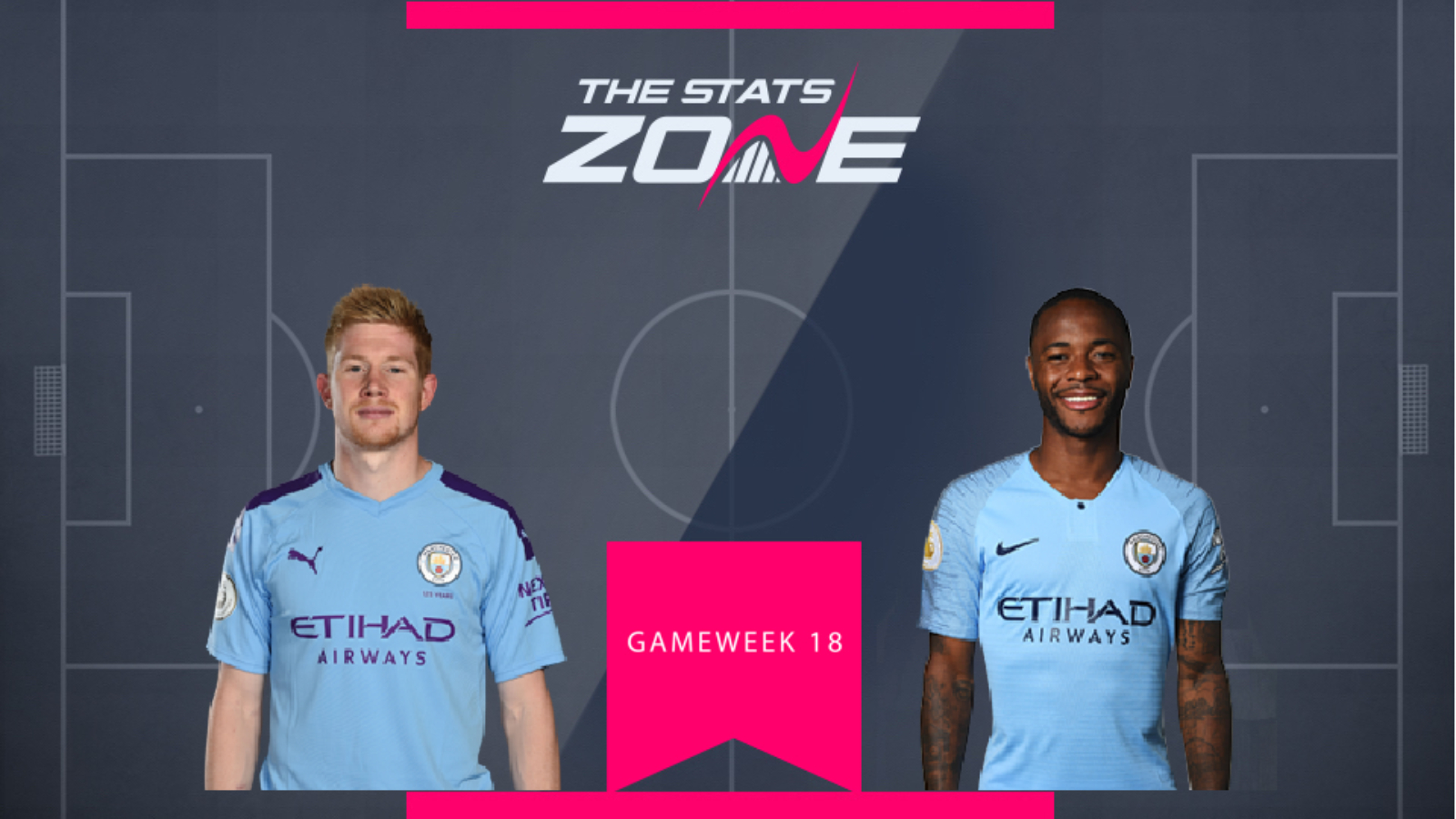 The two big-hitting Man City midfielders stepped up for their side in Gameweek 17 away at Arsenal. Kevin De Bruyne (£10.3m) scored a brace and would have had a hat-trick if not for a brilliant save from Bernd Leno in the Arsenal goal. He also laid on an assist for Raheem Sterling (£11.8m), who took his total for the season to nine goals. It was his first goal since Gameweek 14 against Newcastle.

Both players will be looking to carry this momentum into Gameweek 18, where City host Leicester at the Etihad Stadium. De Bruyne has accumulated 57 FPL points in the seven matches he has played at home. He looks to be playing further forward as part of a front three and the onus is on him to not only create goals for the likes of Sterling, but to score himself as well. At £1.5m cheaper than the England International, he represents by far the better value if choosing between the two. 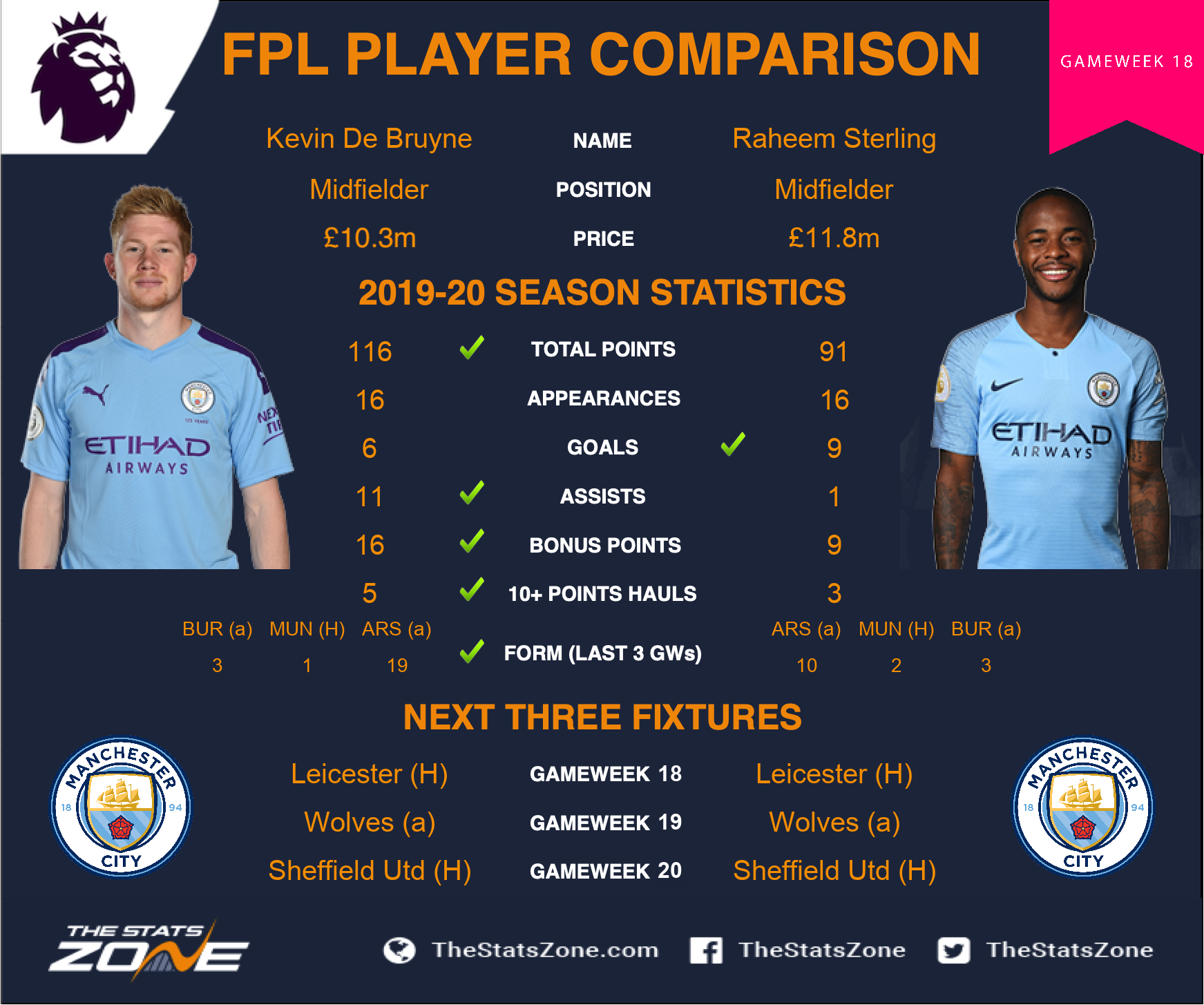