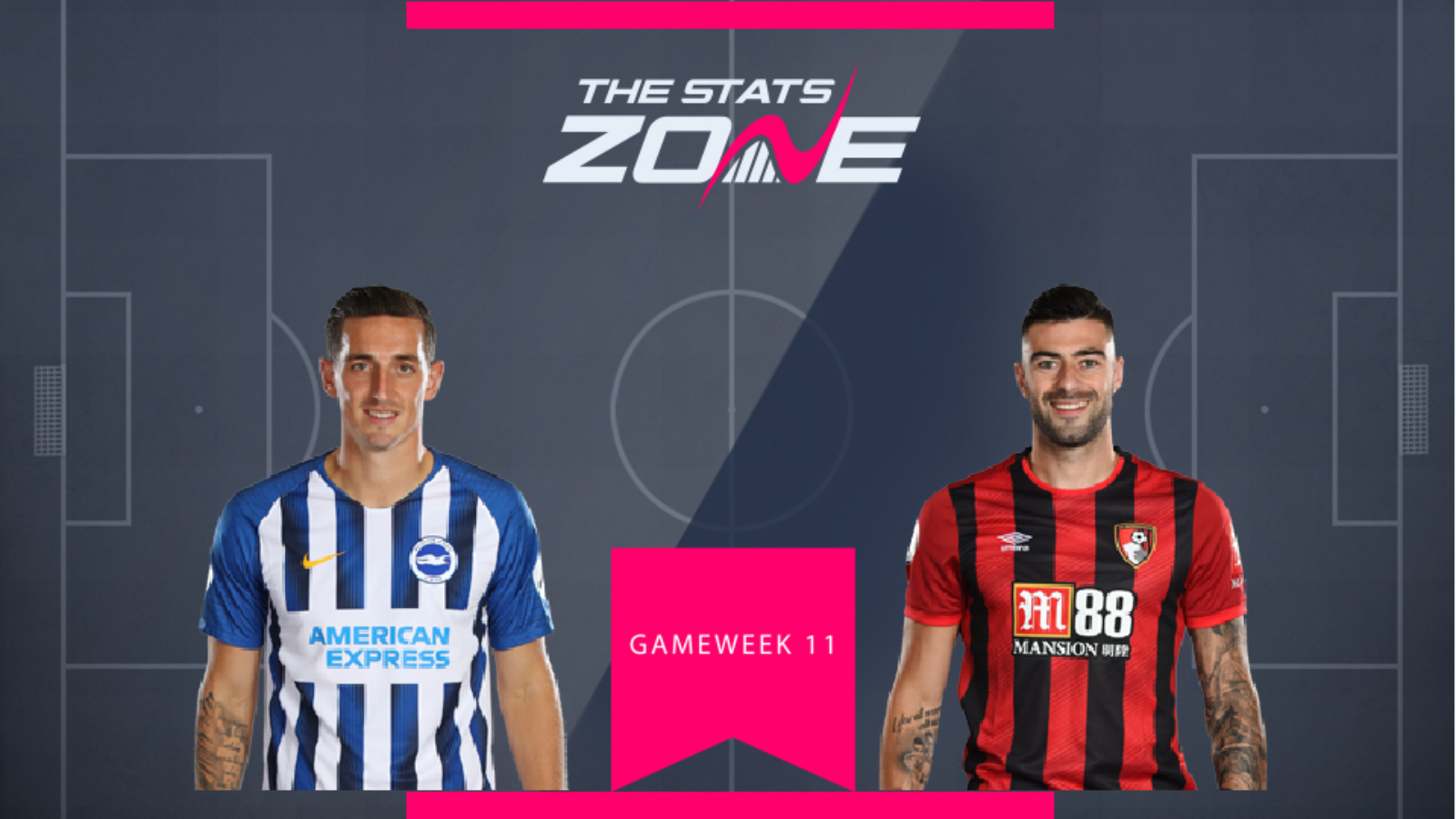 In terms of budget defenders not named John Lundstram, Brighton’s Lewis Dunk (£4.6m) and Bournemouth’s Diego Rico (£4.3m) are two solid candidates to choose from this season. Dunk has been an FPL favourite for some time now and he remains the best option to choose from Brighton’s defence. It will be interesting to see if they can maintain their defensive solidity with Webster injured for some time now, but Dunk will be delighted to see old partner Duffy slot back in alongside him once again.

While Diego Rico has only picked up 33 points compared to Dunk’s 42, do not rule out the Spanish left-back. He has only played in eight of the 11 gameweeks but has now established himself firmly as first choice in Eddie Howe’s defence. He has picked up two assists and offers an attacking threat from set pieces as well as open play, while he is part of a Bournemouth backline that have now kept three clean sheets in succession.

It is a tight call between these two but Diego Rico is favoured in Gameweek 12 as Bournemouth are more likely to keep a clean sheet at Newcastle than Brighton are at Old Trafford. 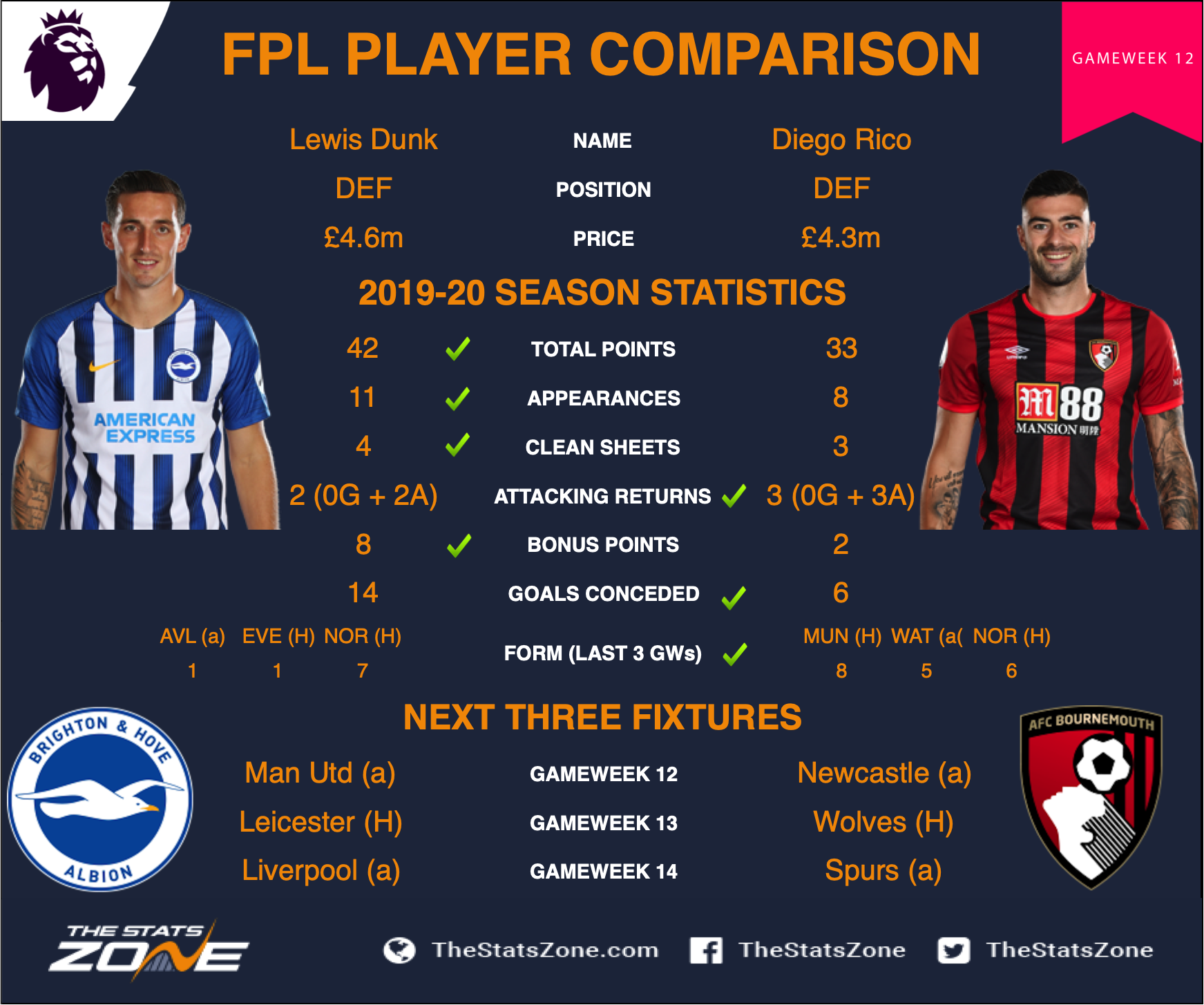