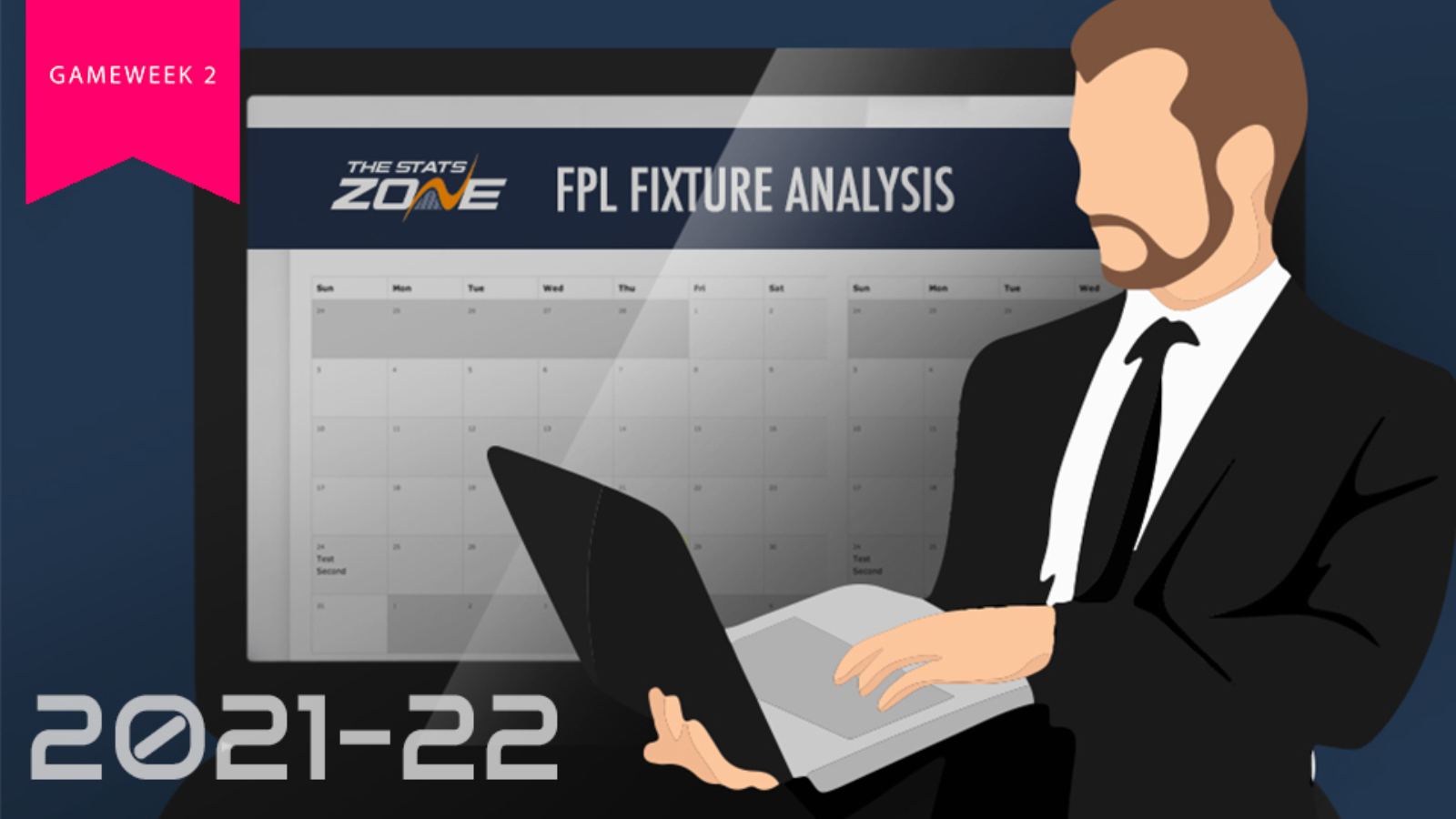 Well after a long wait and plenty of anticipation, Gameweek 1 of the new FPL season is in the books and it was everything we hoped for and more. With full stadiums making a return, this led to a highly entertaining first round of fixtures with 34 goals scored across all ten games. Only the 2003-04 season saw a higher number of goals in its opening round of matches. The two most captained players both accumulated huge fantasy hauls, with Man Utd’s Bruno Fernandes (£12.1m) racking up 20 FPL points after his hat-trick vs Leeds and Liverpool’s Mo Salah (£12.5m) recording 17 points of his own with two assists and a goal against Norwich.

Now all the focus turns to Gameweek 2 as we analyse the second round of Premier League games, picking out the fixtures that appeal most from an FPL perspective and highlighting the most enticing assets based on their Gameweek 2 encounter.

MAN CITY SET TO DOWN CANARIES

The last time Man City and Norwich locked horns in the Premier League was at the end of the 2019-20 season. With Daniel Farke’s side already relegated, they proved no match whatsoever for the ruthless offensive firepower of Man City, who thrashed them 5-0 at the Etihad Stadium. The two teams meet again in Gameweek 2 of the 2021-22 campaign with Norwich having since secured a return to the top flight at the first time of asking. However, they have got off to a bad start, losing 0-3 to Liverpool and another heavy defeat looks on the cards for them at the home of the Premier League champions.

When it comes to Man City fantasy assets, beating the ‘Pep roulette’ and successfully picking starting players will be crucial. Guardiola boasts a plethora of attacking midfield options at his disposal, but the most likely to feature is Kevin De Bruyne (£12.0m). Having started from the bench in Gameweek 1 due to injury, De Bruyne played just 11 minutes in a 1-0 defeat vs Spurs. The talismanic Belgian midfielder must be a huge candidate to start against a side whom he racked up 17 FPL points against in that 5-0 triumph last time the two teams faced off. You also have the £100m man in Jack Grealish (£8.0m) who will be desperate to impress the Man City fans on his home debut after failing to make a decisive impact for his side in Gameweek 1. Raheem Sterling (£11.0m) is coming off the back of a successful EURO 2020 campaign and the wide midfielder will pose a huge offensive threat as always. It is also worth considering Joao Cancelo (£6.0m) as not only does the defender have a great chance of a Gameweek 2 clean sheet, he combines this with genuine attacking potential. However, be aware that he is one of those players most vulnerable to being named on the bench.

LEEDS TO GOBBLE UP THE TOFFEES?

Following a second successive Old Trafford thumping in Gameweek 1, a response is expected from Marcelo Bielsa’s Leeds Utd against Everton. Rafael Benitez got off to a winning start as Toffees manager, after his side came back from a goal behind at half-time to emerge as 3-1 winners vs Southampton. A capacity Elland Road crowd will lead to an incredible atmosphere in a Gameweek 2 fixture that should be full of goals. Leeds’ first home Premier League game last season saw them triumph 4-3 over Fulham in an absolute thriller and it would be no surprise to see another end-to-end contest in this one.

Attacking players from both teams stand out as worthy additions to your FPL team ahead of the Gameweek 2 deadline. Having netted 17 goals in last season’s Premier League, Leeds forward Patrick Bamford (£8.0m) is looking to open his goalscoring account in 2021-22, whilst owners of midfielder Raphinha (£6.5m) will be hoping the Brazilian makes up for his bad miss towards the end of Leeds’ heavy defeat last weekend. Speaking of Brazilians, Everton’s newly crowned Olympic gold medallist Richarlison (£7.6m) certainly showed no signs of fatigue after a summer of international football, registering both a goal and an assist in Gameweek 1, which has seen his price rise as plenty of FPL managers bring him into their squads for Gameweek 2. Fellow forward Dominic Calvert-Lewin (£8.0m) also opened his goalscoring account against the Saints and both Everton stars should be afforded big chances to register further attacking returns against a questionable Leeds backline.

The last time Southampton and Man Utd faced off in the Premier League it was a fixture that Ralph Hasenhuttl’s side will not look back on fondly. United ran riot at Old Trafford, smashing Southampton 9-0 and equalling the Saints’ heaviest top flight defeat. After dispatching Leeds 5-1 last Saturday, Ole Gunnar Solskjaer’s men travel to the South Coast full of confidence and attacking verve as they look to once again inflict a heavy Gameweek 2 defeat upon Southampton, who suffered a second half capitulation away at Everton in their first league match of the season, losing 3-1 after leading at half-time.

The Saints vs the Red devils this Sunday 😇 Paul Pogba created 5 chances & bagged 4 assists with an xA of 0.57 against a porous leeds defence in GW1. He's the most transferred in player currently 🔮 Can he do it against a Southampton side that got humiliated 9-0 last season. https://t.co/NEO0bZKyfQ

Of the numerous Man Utd midfielders worthy of selection from an FPL point of view, Bruno Fernandes (£12.1m) will unsurprisingly prove one of the highest owned and potentially even the most captained of any player across all 20 Premier League clubs. However, those fantasy managers looking to bring in extra Man Utd reinforcements would be wise to consider Paul Pogba (£7.6m) on the back of his brilliant showing vs Leeds in which the French international racked up four assists and 16 FPL points. Mason Greenwood (£7.5m) was another player who impressed, scoring United’s second goal of their five accumulated last weekend. Listed as a midfielder on FPL, Greenwood was deployed as a striker by manager Solskjaer and if played in a similar role could well add to his tally vs Southampton in Gameweek 2.