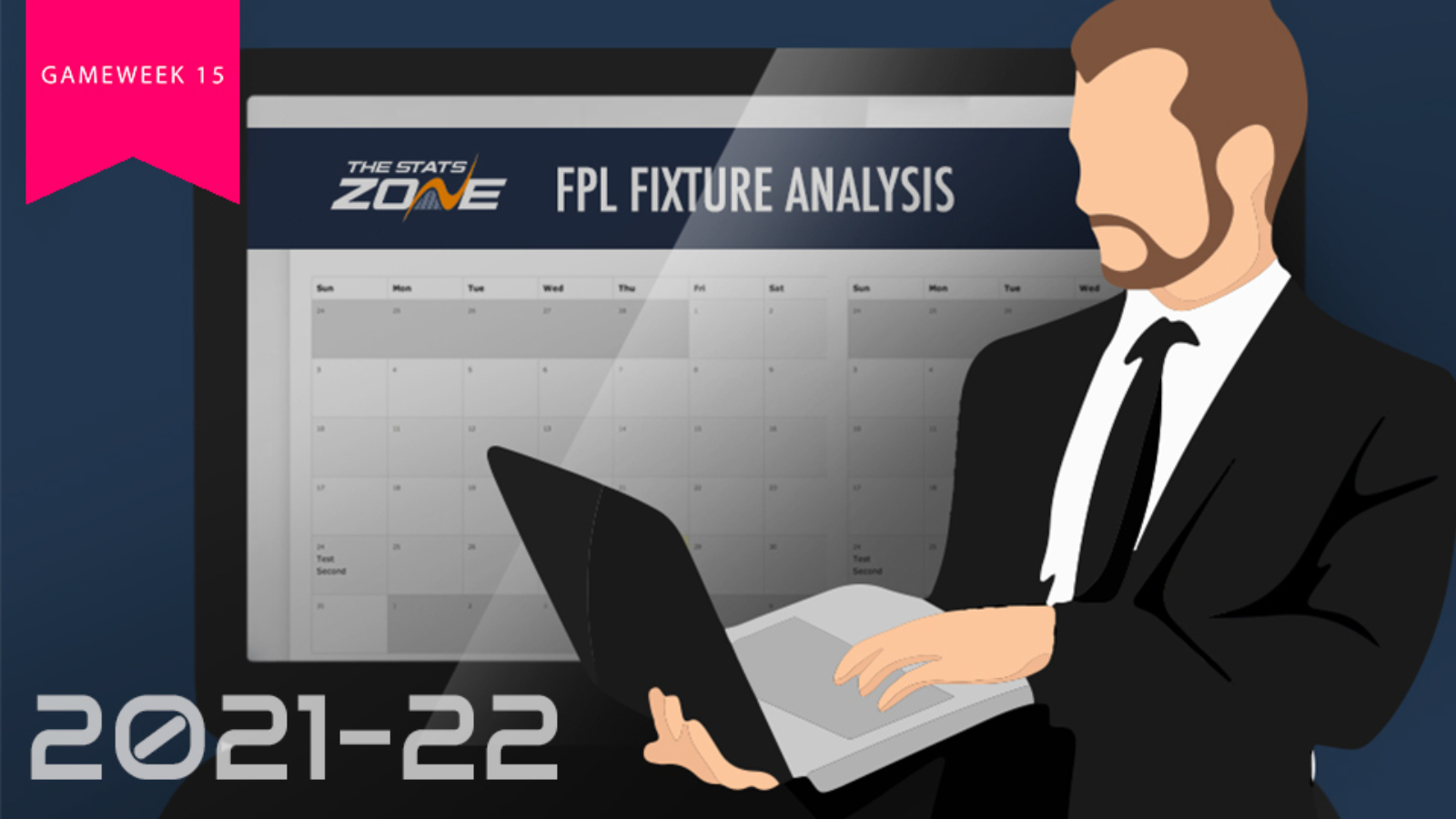 Gameweek 14 began on a Tuesday night with two fixtures low on goals, but high on drama. Both key forwards were on target at St. James’ Park as a penalty from Newcastle’s Callum Wilson (£7.4m) was cancelled out by Norwich’s Teemu Pukki (£5.9m), the two relegation battlers ultimately drawing 1-1 in a match that saw Newcastle play over 80 minutes with ten men after defender Ciaran Clark (£4.4m) was correctly red carded. Meanwhile, at Elland Road a late penalty from the talismanic Raphinha (£6.7m) following a Marc Guehi (£4.5m) handball earned Leeds a priceless 1-0 win over Crystal Palace.

The following two days saw Liverpool and Man Utd both steal the show. Jurgen Klopp’s Reds dispatched their Merseyside rivals Everton by four goals to one at Goodison Park on Wednesday, in a match that saw Mo Salah (£13.0m) net his 12th and 13th league goals of the season respectively, along with Jordan Henderson (£5.0m) accruing both a goal and an assist, before Diogo Jota (£7.9m) added a fourth. Thursday was the turn of the Red Devils, who came out the right end of a thrilling encounter with old enemies Arsenal, which ended 3-2 in Michael Carrick’s final match in charge. The Gunners had opened the scoring through Emile Smith Rowe (£6.0m), but were pegged back by United’s Bruno Fernandes (£11.6m). The second half was all about one man, a certain Cristiano Ronaldo (£12.3m). Twice he gave Man Utd the lead, Martin Odegaard (£5.4m) drawing Arsenal level the first time round before ‘CR7’ struck the winning blow from the penalty spot.

🗣️ Bruno on Ronaldo's penalty: "We didn’t have a chat. I missed the last one so I trust him in the same way I trust myself. It was time for Cristiano to take the penalty because I took the last one and missed it. It doesn’t matter who gets on the penalty." #FFScout #FPL #GW15 https://t.co/5RgptNOtHH

If you thought the turnaround between gameweeks was short for this midweek round of fixtures, it gets even more manic now. Less than 40 hours after the full-time whistle was blown at Old Trafford, the Gameweek 15 deadline passes, so let’s not waste any time and dive straight into those Gameweek 15 fixtures. We pick out a selection of matches that stand out from an FPL perspective and point out those players who could make all the difference between a green arrow and a red one.

WATFORD SET TO FEEL THE BERN?

Two fixtures that give Watford fans nightmares every season they spend in the Premier League are Man City (H) and Man City (a). For good reason as well, because whenever these two sides meet, the Hornets seem to find themselves on the end of a beating. In fact, the last 13 fixtures in all competitions between Watford and Man City have seen the latter emerge victorious each time. Pep Guardiola’s side has dealt plenty of thrashings to Watford over the years and their most recent eight meetings, again in all competitions have seen Man City rack up an aggregate score of 37 goals to three. So, it’s safe to say that we’re expecting plenty of away goals when they travel to Vicarage Road in Gameweek 15!

Guardiola very happy, says Bernardo Silva is the best player in the league at the moment as he was when they won the league with 98 points

As always, picking Man City attacking assets is not easy due to consistent rotation, however midfielder Bernardo Silva (£7.4m) has now started every Premier League fixture apart from Gameweek 1. The versatile Portuguese star has scored in three of his last four league matches and could find himself among the goals (and FPL points) once again here. Fellow midfielder Raheem Sterling (£10.6m) has taken a real shine to Watford over the years, netting nine goals in his last five appearances against the Hornets in all competitions. On the flip side, if Claudio Ranieri’s men are going to pull off a huge upset, the chances are that Emmanuel Dennis (£5.4m) will have played a key part. The Nigerian forward has three goals, three assists and 33 FPL points across the last three gameweeks. Having most recently found the net against league leaders Chelsea, there is no reason why he can’t do the same against Man City.

It’s Cristiano Ronaldo’s world and we’re just living in it! That’s how it felt watching him perform his trademark goal celebration for the second time as he led Man Utd to a vital 3-2 victory against Arsenal in Gameweek 14. FPL managers who stuck by Ronaldo will have been thrilled with his 13 Fantasy points and with a friendly run of fixtures ahead on paper, more good times could be on the cards. Man Utd welcome Crystal Palace to Old Trafford in Gameweek 15, which will see new interim manager Ralph Rangnick take charge of his first match, so it goes without saying that the players will be under pressure to perform.

So, how are we all getting Ronaldo in then? I’ll be doing it for a hit next week and I’m fine with it. https://t.co/zYqknRj44i

Ronaldo will understandably command the most interest from an FPL perspective with him seemingly now the first-choice penalty taker. It is also expected that both Jadon Sancho (£8.9m) and Marcus Rashford (£9.4) will play prominent roles going forward and either could prove a shrewd differential option in midfield. However, the Red Devils remain on just one clean sheet after 14 league matches and bringing in a Crystal Palace player such as Wilfried Zaha (£7.0m) or Conor Gallagher (£6.2m) may wind up a lucrative FPL investment.

WOLVES NEXT TO KLOPP A BEATING?

Since their 3-2 defeat away at West Ham in Gameweek 11, Liverpool seem to have switched to a different gear entirely and are showing the form of potential Premier League champions. Jurgen Klopp’s Reds have accrued four goals in each of their last three league matches, winning the lot and their front three of Mo Salah, Diogo Jota and Sadio Mane (£12.0m) are proving nigh on impossible for any side to contain. Wolves are the newest opposition for this Liverpool juggernaut as the two sides do battle at Molineux in Gameweek 15.

FPL managers have every right to be slightly more cautious here when taking into account Wolves’ defensive solidarity, which has seen only Chelsea and Man City concede less goals than them so far this season. However, they are yet to face an opponent of Liverpool’s standard and this may see their backline exposed. Salah’s credentials speak for themselves (currently the top scorer in FPL by 56 points) and both Jota and Mane also represent enticing Fantasy options. All three being listed as midfielders only increases their appeal further. Whilst he only gained two points in Gameweek 14, Trent Alexander-Arnold (£8.0m) is another Liverpool star in wonderful form and the flying full-back with 38 Fantasy points across the last four gameweeks will be looking for not only his eighth Premier League clean sheet of the season, but also his ninth attacking return. It would also be remiss not to mention his teammate and opposite full-back Andy Robertson (£7.0m), who recorded two assists against Everton.