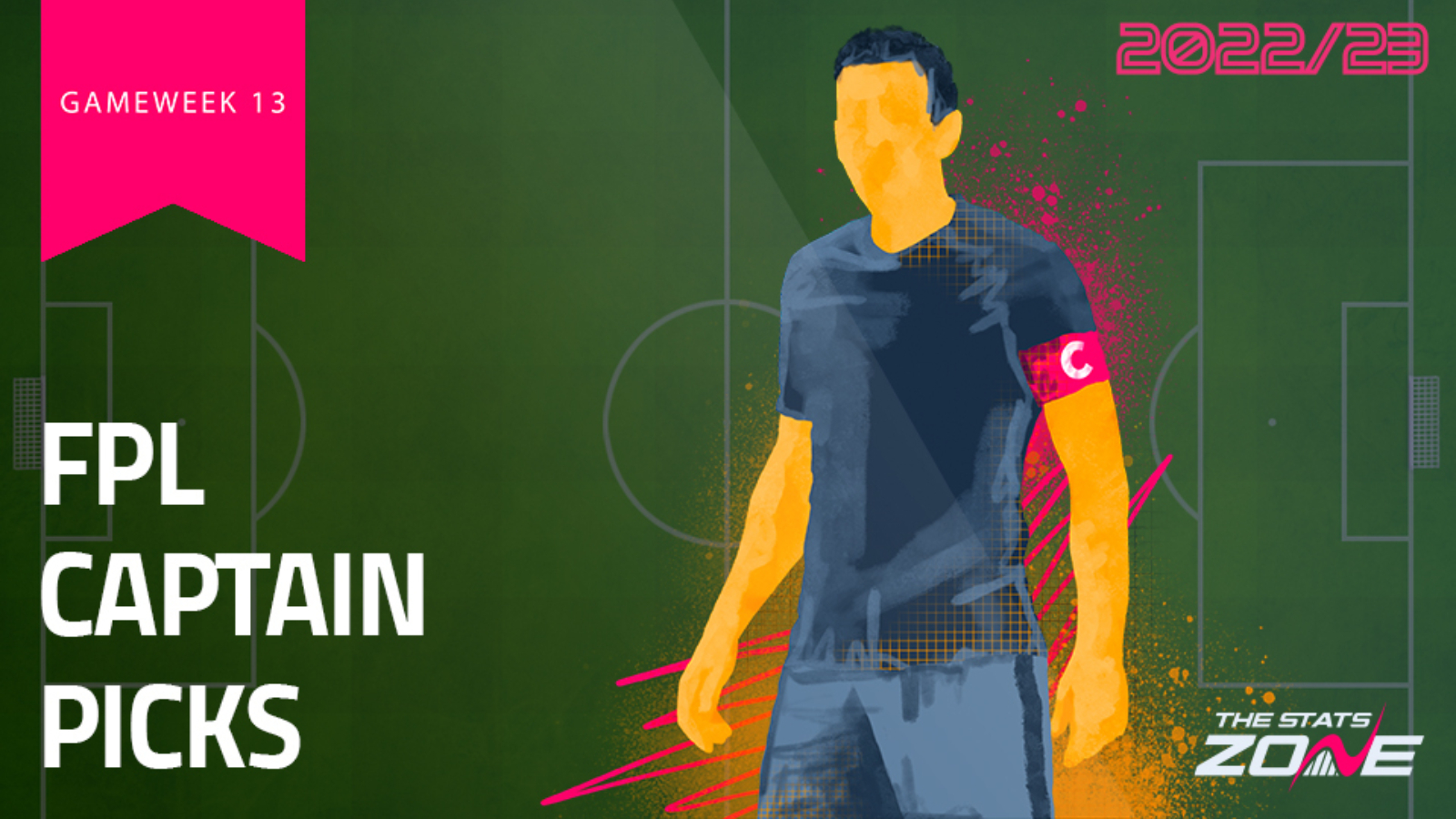 When it comes to the captaincy, Gameweek 12 couldn’t really have gone much worse. The likes of Mo Salah(£12.8m), Harry Kane (£11.5m) and Leandro Trossard (£6.9m) all failed pick up a single attacking return with goals at a premium across the gameweek. Only one of nine fixtures played saw both teams find the net and plenty of popular defenders profited from an FPL point of view. Newcastle full-back Kieran Trippier (£5.7m) extended his brilliant recent run of scores with 9 FPL points following a clean sheet against Everton, whilst highly-owned budget enabler Neco Williams (£4.1m) gained 6 points in a hard-fought 0-0 draw with Brighton.

Unsurprisingly, excitement is high heading into Gameweek 13 as the Premier League’s top two clubs in Arsenal and Man City return to action. Once again, we’ve taken a look at three of the most enticing premium captain picks alongside a differential selection ahead of Saturday’s 11:00 deadline.

He’s back everyone! The highest-scoring FPL asset of the season so far will once again no doubt be the most captained player as striker Erling Haaland (£12.1m) returns to the fold following a week’s rest. The Norwegian is coming off the back of his first official ‘blank’ in FPL terms and the fact that it took until Gameweek 11 says it all really. Haaland had his chances against Liverpool, but was ultimately frustrated, failing to garner an attacking return for the first time in a Premier League fixture as Man City went down 1-0 to the Reds at Anfield.

Pep Guardiola’s side have had a week to stew on that result and are ready to be unleashed on Brighton in Gameweek 13. Haaland has scored an incredible ten goals in his last four league fixtures at the Etihad Stadium, racking up a scarcely believable 63 points in the process. With 15 goals and three assists across ten matches in the English top flight so far, Haaland staggering numbers couldn’t make his captaincy credentials any clearer.

Whilst it will be important to monitor Bukayo Saka (£7.9) and specifically his fitness, after the England international picked up a knock in Arsenal’s Europa League victory over PSV Eindhoven this past Thursday night. The in-form attacking midfielder should be courting huge interest nonetheless from FPL quarters, following his recent Premier League performances.

I watched the highlights of the Arsenal game. Saka went down around the 70 minute mark, looked like a kick on the calf, but stayed in the game and was involved in big chances after that. He was substituted late and walked off without noticeably limping.

Saka has found the net three times over the course of Gameweek 10 and Gameweek 11, accumulating 24 fantasy points. He also has the benefit of being Arsenal’s designated penalty taker, another key reason why he appeals slightly more than other Arsenal attacking assets. The Gunners travel to Southampton in Gameweek 13 and Saka’s form on the road is excellent, picking up two goals, two assists and 25 FPL points in his most recent three away Premier League games and also scoring away at Bodo/Glimt in the Europa League.

For those brave FPL managers willing to entertain a different Man City player as their FPL skipper come Gameweek 13, then Phil Foden (£8.4m) would certainly fit the bill. The City academy graduate has lit up the Etihad Stadium in recent weeks with a number of scintillating attacking performances. In Foden’s last two home league games alone, he has recorded four goals, one assist and 29 FPL points in total.

Foden in before price changes ✅

Going into Gameweek 13, Foden is the highest scoring midfielder within the FPL player-base despite having already missed two gameweeks and playing just 748 minutes in total. Six goals and four assists underline his offensive threat though and as it stands, only Haaland, Harry Kane and Ivan Toney boast more FPL points. Brighton will certainly have their work cut out keeping Foden at bay.

Once upon a time, Bruno Fernandes (£9.8m) was arguably the biggest ‘must own’ player within FPL, but has regressed significantly from a fantasy point of view as time has gone on. However, following an excellent performance in Gameweek 12 against Spurs that saw him score in a 2-0 Man Utd victory and accrue 11 fantasy points, there were signs that Fernandes could yet embark on a hot streak in the weeks to come.

Man Utd face a tough Gameweek 13 assignment away to Chelsea, who have undergone a defensive resurgence under new boss Graham Potter. However, if you want to pick a differential captain, sometimes you have to take a risk and opt for form over fixture. Fernandes still commands a significant price-tag, but he’s proven his ability to gaining monster fantasy scores in the past and warrants consideration.