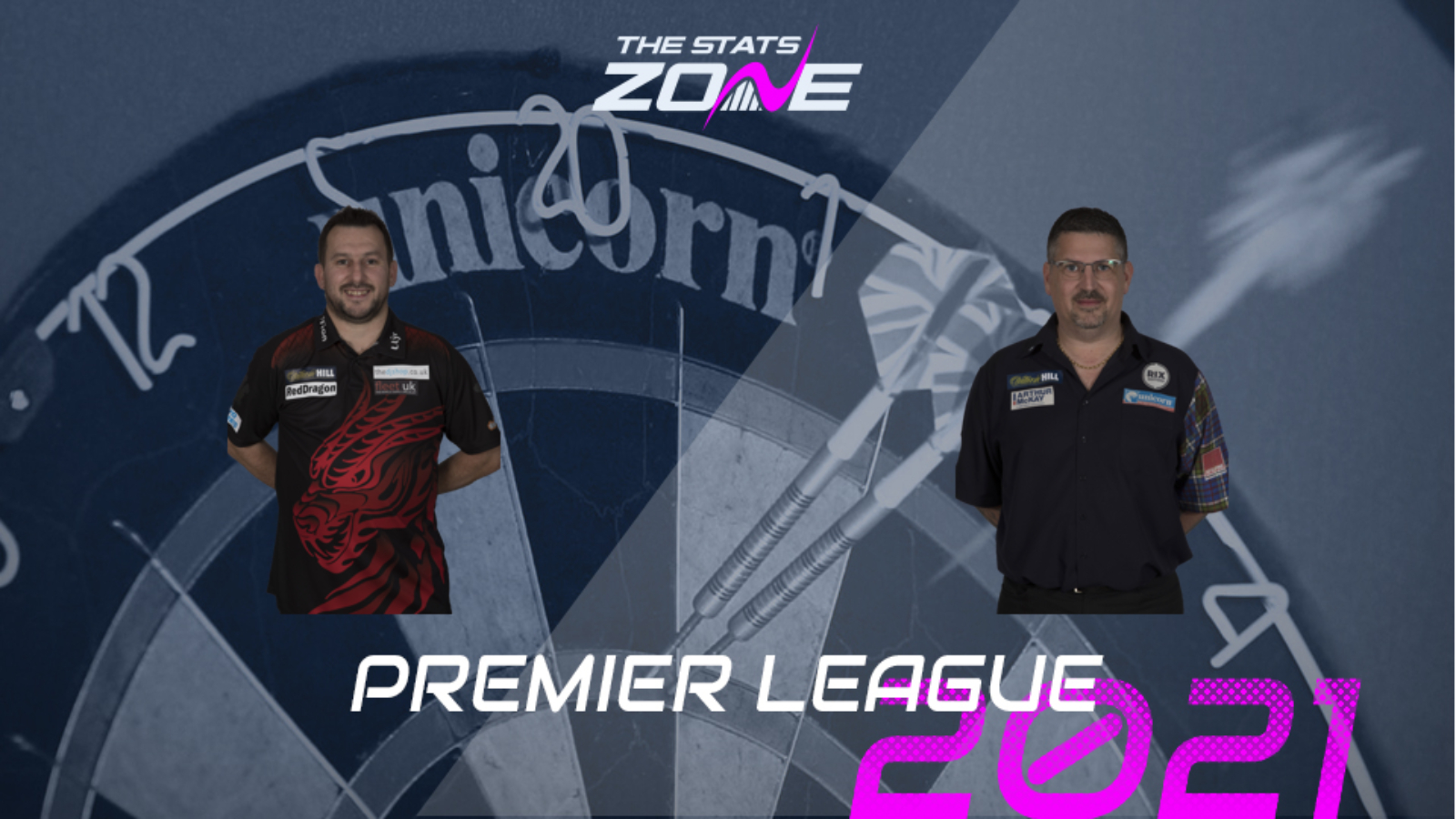 Where can I get tickets for Jonny Clayton vs Gary Anderson? Click here for the latest ticket information

What channel is Jonny Clayton vs Gary Anderson on? Sky Sports Action

Where can I stream Jonny Clayton vs Gary Anderson? Sky Sports subscribers can stream the match via Sky Go

What was the score in the last meeting? Jonny Clayton won 7-4

With both players sitting just outside the top four, this is a crucial match heading into the final week of the Premier League with Anderson in particular needing the points given that he is two points behind the Welshman. The Flying Scotsman started to find his groove before the most recent break though, defeating both Peter Wright and Dimitri Van den Bergh with impressive averages, and if he can maintain the same level he could edge this contest if Clayton isn’t at his best. There were one or two signs last time out that The Ferret’s performance levels were dipping so the suggestion here is to back Anderson for the win.