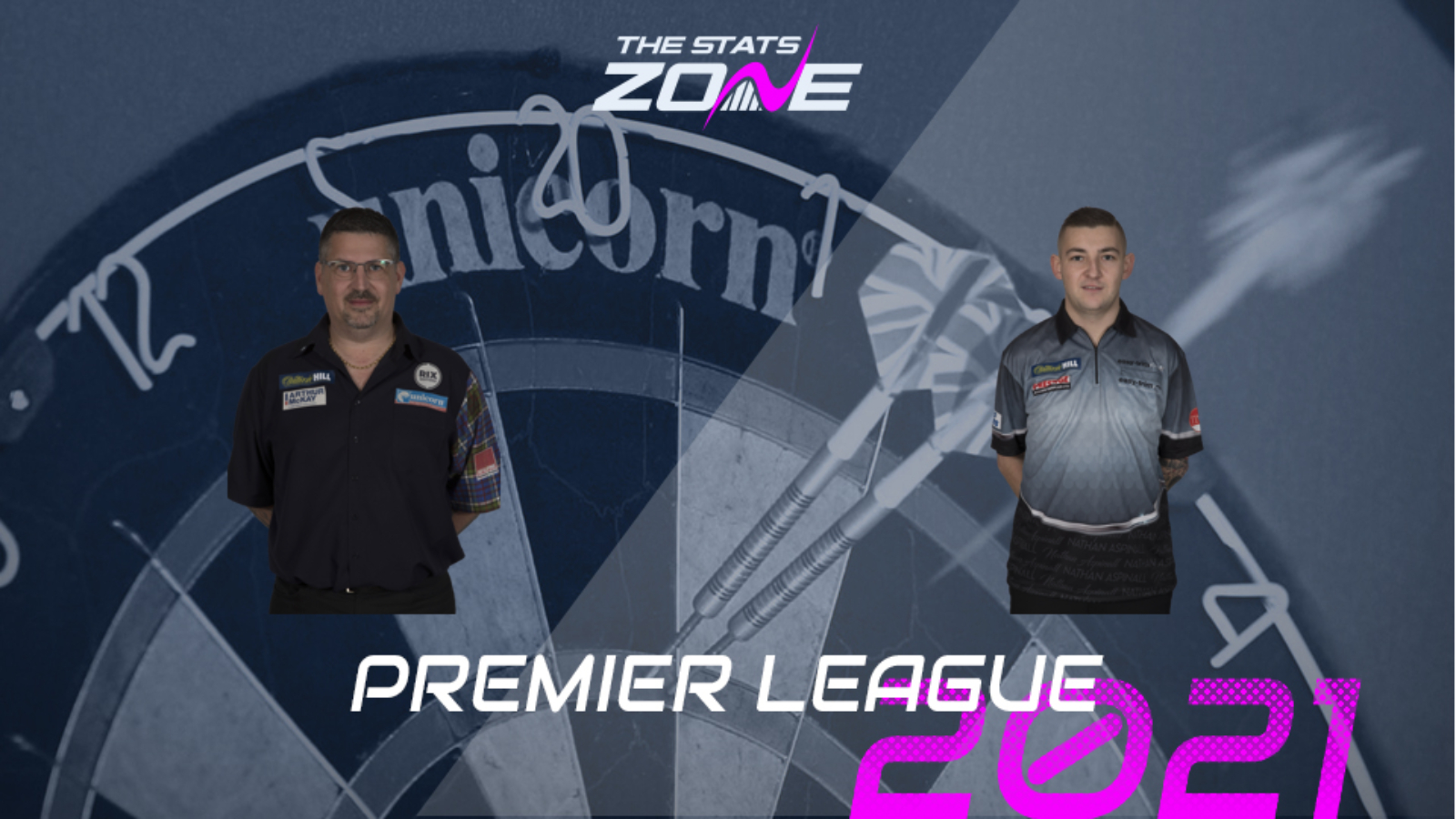 Where can I get tickets for Gary Anderson vs Nathan Aspinall? Click here for the latest ticket information

What channel is Gary Anderson vs Nathan Aspinall on? Sky Sports Action

Where can I stream Gary Anderson vs Nathan Aspinall? Sky Sports subscribers can stream the match via Sky Go

What was the score in the last meeting? Nathan Aspinall won 7-2

Defeat to Michael van Gerwen last night put an end to Gary Anderson’s chances of making the top four and it has overall been a rather disappointing Premier League campaign for the former two-time champion. His opponent here, Nathan Aspinall, is on the cusp of making the play-offs but a point against James Wade last night was not quite enough to get him over the line so he will be determined to book his spot here. He was a comfortable 7-2 winner over Anderson the last time they met in the competition and he is fancied to do the double over the Scot here.