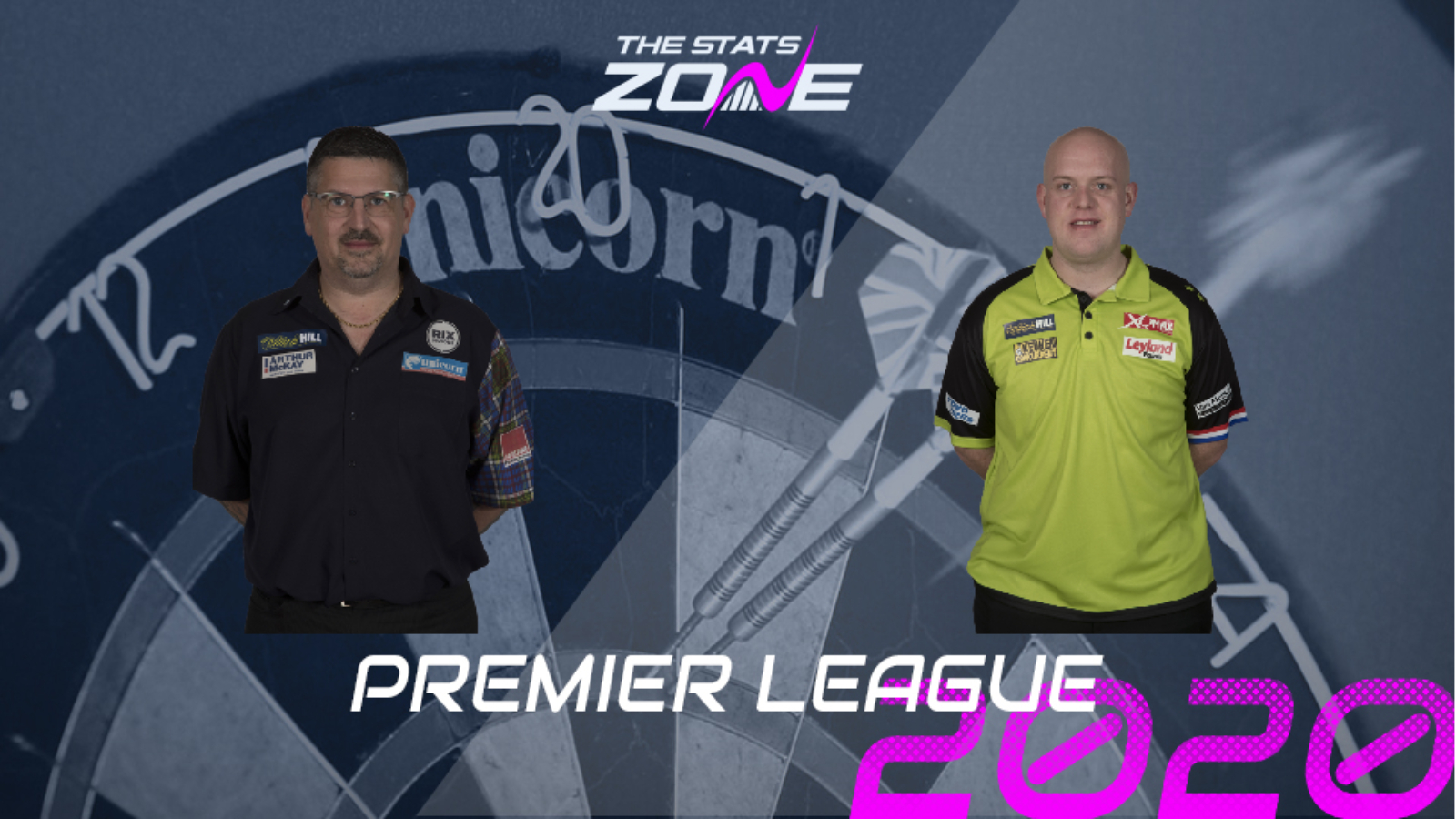 Where can I get tickets for Gary Anderson vs Michael van Gerwen? This event will be played behind closed doors

What channel is Gary Anderson vs Michael van Gerwen on? Sky Sports Action

Where can I stream Gary Anderson vs Michael van Gerwen? Sky Sports subscribers can stream the match via Sky Go

What was the score in the last meeting? Gary Anderson beat Michael van Gerwen 7-4

THE PREDICTION
This is a massive game in the context of the play-off race as Van Gerwen has a real fight on his hands to make the top four and he now runs into a man who has picked up 11 points from the last 12 available. Anderson is as good as qualified for the play-offs now but will certainly not let up and any victory over his great rival is a feather in his cap. He defeated the Dutchman 7-4 last Thursday which served as the catalyst for the Flying Scotsman’s run of form and he is simply playing more consistently than the world number one right now. Van Gerwen just simply hasn’t produced anywhere near his best form on a regular basis since the league resumed and, while he could find some magic from somewhere, Anderson looks like the likelier winner here.