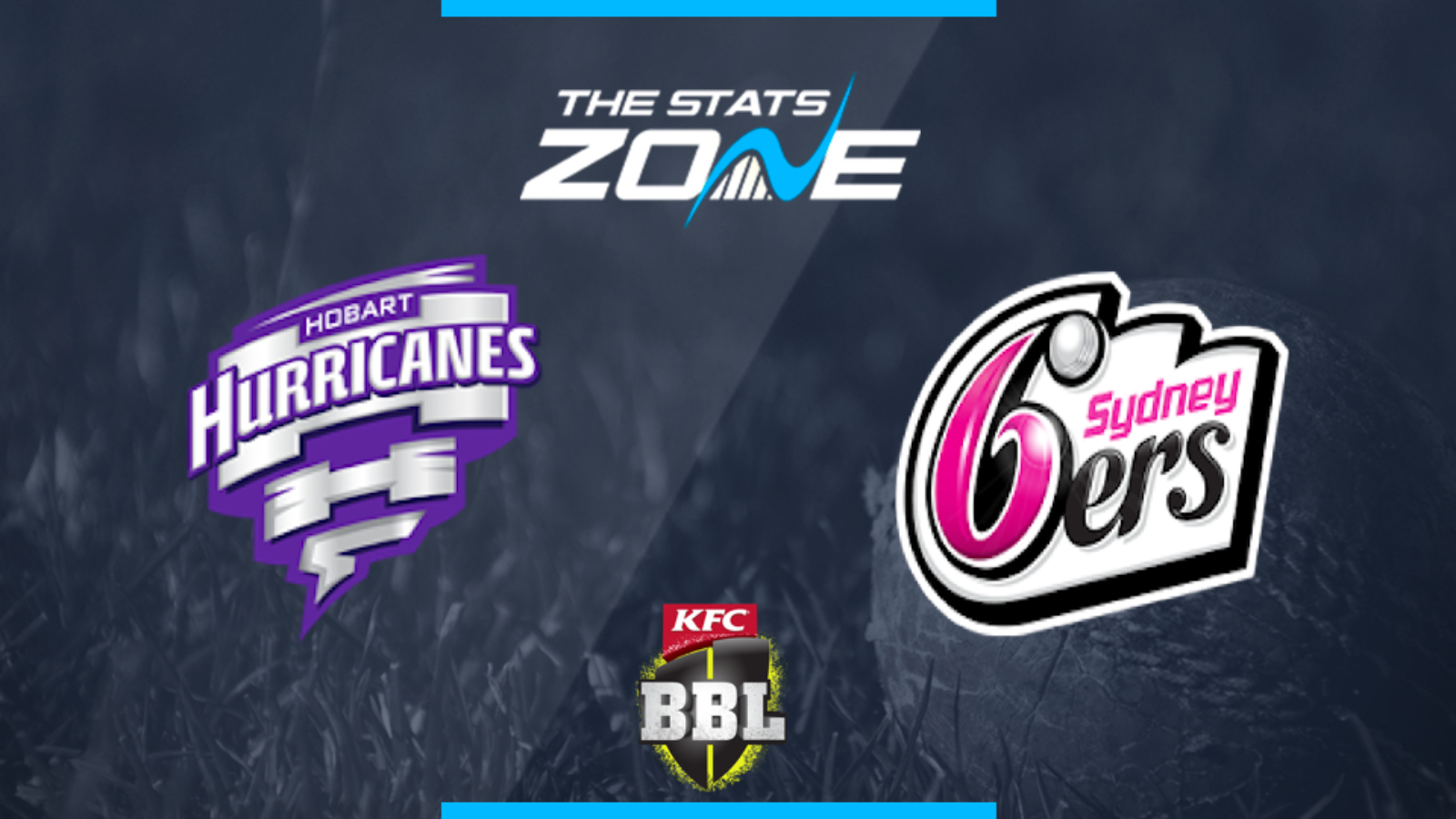 What is the expected weather for Hobart Hurricanes vs Sydney Sixers? 41c with sunshine forecast all day

What television channel is Hobart Hurricanes vs Sydney Sixers on in the UK? BT Sport have the rights to BBL09 matches so it is worth checking their schedule

Where can I stream Hobart Hurricanes vs Sydney Sixers in the UK? If televised, BT Sport subscribers will be able to stream the match live via the BT Sport website & app

Where can I get tickets for Hobart Hurricanes vs Sydney Sixers? Visit the official BBL website for ticket information

What was the outcome in the last meeting? Sydney Sixers beat Hobart Hurricanes by 9 wickets

This promises to be an excellent match between two teams that will expect to challenge at the business end of the tournament. The Sixers were outstanding in their opening match on Wednesday and they will look to follow that up with a similar quality performance. The Hurricanes will likely provide them with a much stiffer test however as they have plenty of quality in their ranks and will be confident. They have slightly more firepower with the bat and if they can hit the ground running, they may just have too much for the Sixers in what promises to be a close and evenly-fought match.