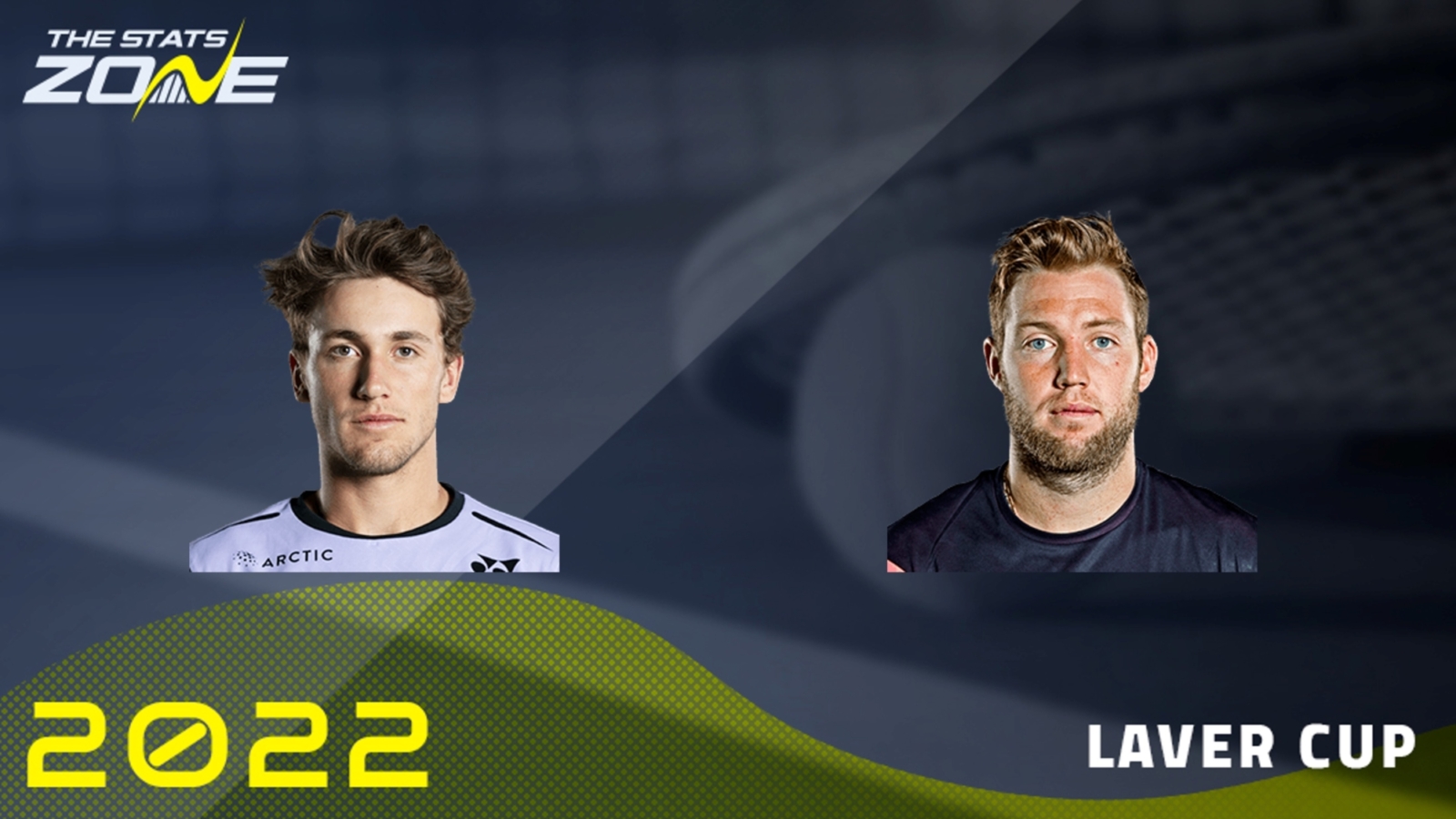 23-year-old Casper Ruud will greatly savour the honour of getting the fifth Laver Cup underway representing Team Europe, who have never the lost the tournament since its founding in 2017. The Norwegian set a career-high ATP world ranking of second after losing the US Open final to Carlos Alcaraz in four sets earlier this month. It was, however, an encouraging defeat after he fell easily in his first Grand Slam final to Rafael Nadal at Roland-Garros in June. Ruud qualified for the ATP Finals for the first time late last year and overachieved by making the semi-finals.

Former world number eight Jack Sock is making his fourth appearance at the Laver Cup alongside fellow founding member Roger Federer. The 29-year-old returned to the tour from a long injury lay-off earlier this season to bring a deflated world ranking of 128th into the mix but he is also Team World’s go-to doubles partner with vital versatility in these conditions. Sock won Indian Wells and the Citi Open doubles this season alongside John Isner and Nick Kyrgios, respectively, although neither of his partners can make London.

Team Europe have won each of the previous four Laver Cups but they could be in for a slow start if Jack Sock brings all of his experience to this first meeting with Casper Ruud. 23-year-old Ruud has not played a match since losing the US Open final and the last time he lost a Grand Slam final he was stunned in the first round of Queen’s by wildcard Ryan Peniston. In fact, the Norwegian only recently faltered at the first hurdle in Cincinnati either side of two huge runs in Montreal and New York. Prone to the occasional hiccup early in a tournament, Sock has a better chance than their respective rankings suggest here and the indoor hardcourt conditions also favour the big-hitting American. Team World know they need all the points they can get away from match-ups against the Big Four and backing Sock to win at least a set looks a shrewd move.