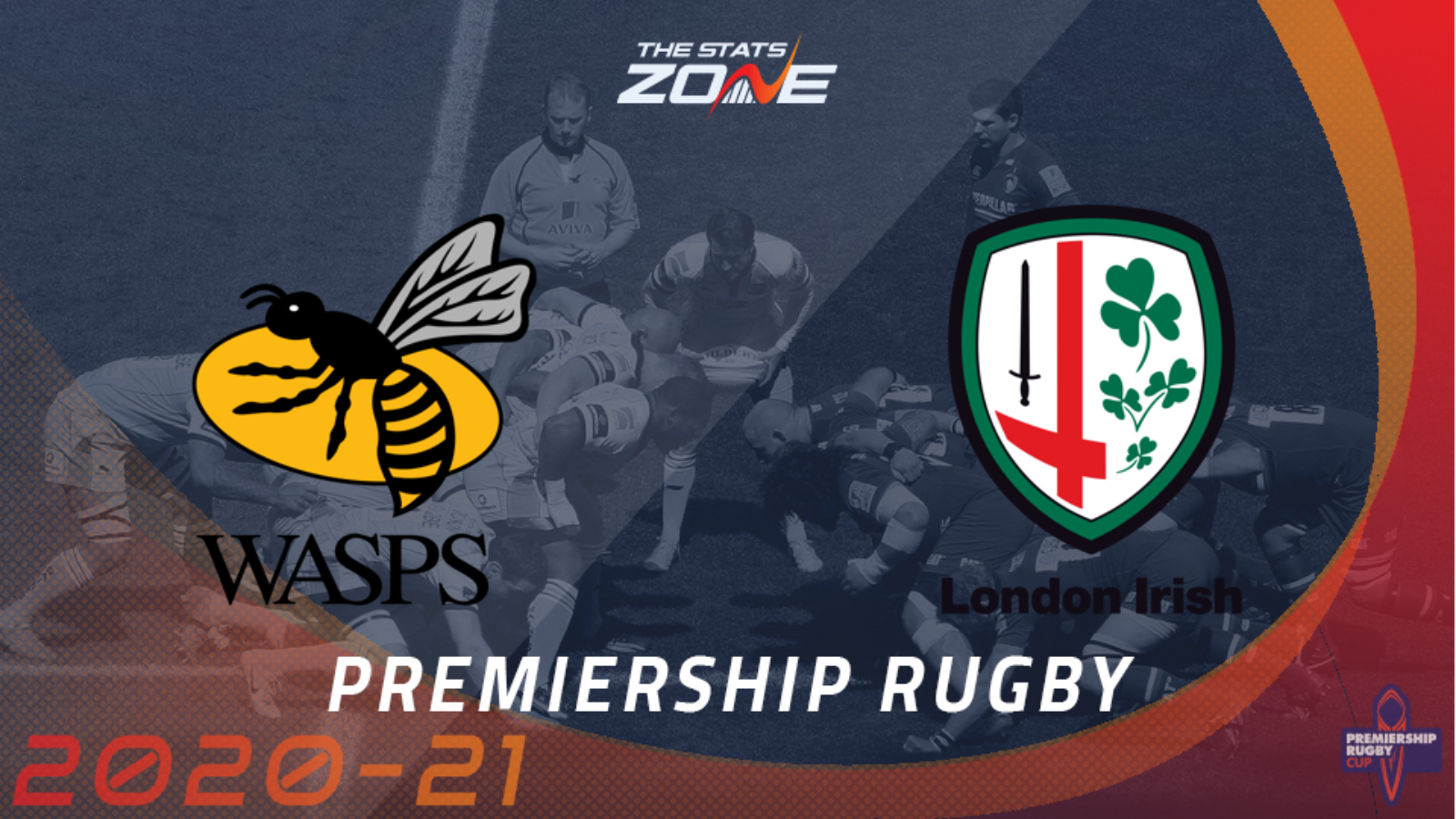 Where can I get tickets for Wasps vs London Irish? Check official club websites for information about purchasing tickets

What television channel is Wasps vs London Irish on? BT Sport have the rights to televise Gallagher Premiership matches so it is worth checking their schedule

Where can I stream Wasps vs London Irish? If televised on BT Sport, then subscribers will be able to stream the match live via the BT Sport website & app

Wasps have won three and lost three Premiership matches this calendar year and were particularly poor in defeat away to Leicester last Saturday, losing 27-8 despite playing 14 men for almost half of the match. London Irish will travel to the Ricoh Arena above their hosts in the league table as things stand after they fought bravely to a last-minute 34-34 draw with leaders Bristol last weekend. There is plenty of scope for an exciting, unpredictable scoreline in this one as a result of both sides’ recent form and the fact that they are often involved in huge totals. Therefore, picking Wasps to edge a match that goes over 40 points looks a useful option here.