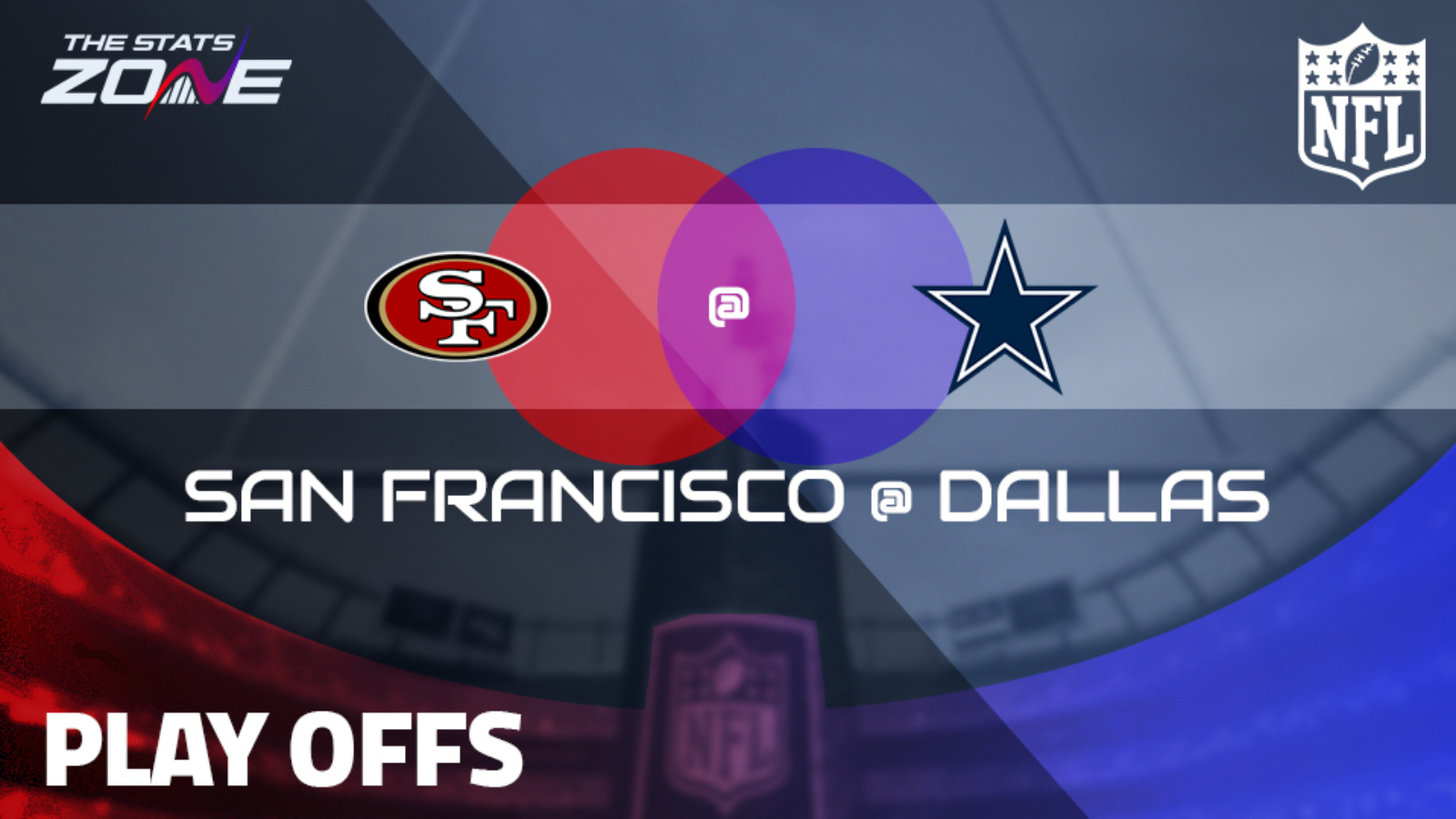 What is the expected weather for San Francisco 49ers @ Dallas Cowboys? 12c, sunny

Where can I get tickets for San Francisco 49ers @ Dallas Cowboys? Check Ticketmaster for ticket information on selected games

San Francisco 49ers were able to edge their way into the play-offs thanks to a thrilling win over NFC West rivals Los Angeles Rams in week 18. That success saw the 49ers improve to 10-7 which was enough to claim the sixth seed in the NFC. They now face a tough task as they travel to Dallas to face the Cowboys, a team that scored 51 points in their final game of the regular season. That came against an under-strength opponent in Philadelphia Eagles but having scored 129 points in their last three games, their offensive quality could be the difference between the two teams. However, this should be a tense matchup and with little to split the teams, the final scoreline is likely to be a close one with the victor set to prevail by no more than ten points.